The Siren’s Call of Mediocrity 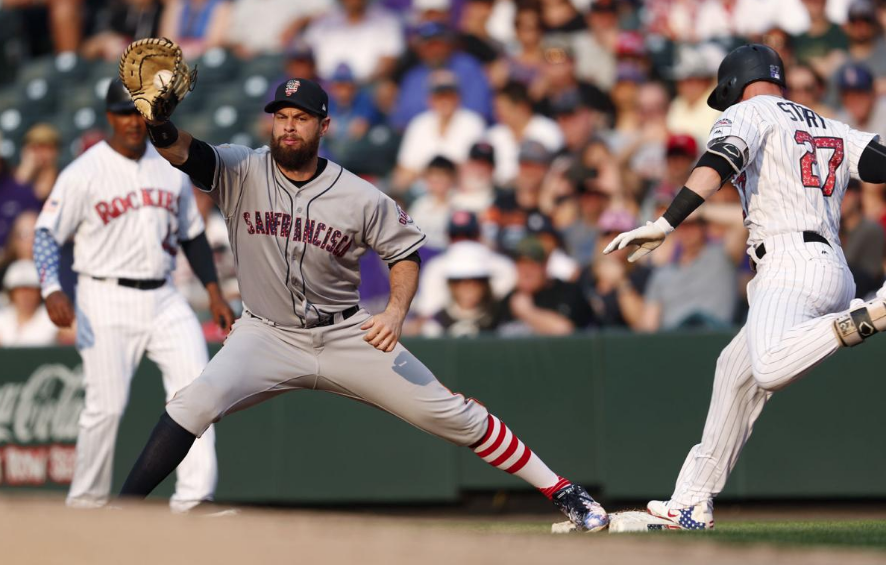 Come this way, honored Odysseus, great glory of the Achaians, and stay your ship, so that you can listen here to our singing; for no one else has ever sailed past this place in his black ship until he has listened to the honey-sweet voice that issues from our lips; then goes on, well-pleased, knowing more than ever he did; for we know everything that the Argives and Trojans did and suffered in wide Troy through the gods’ despite. Over all the generous earth we know everything that happens. (The Odyssey, Homer, 12.184-196)

One of my favorite parts of The Odyssey is the section quoted above. The lure of seduction and comfort of sweet maiden’s voices is too strong for most mortal men. Evidently the siren’s call of mediocrity is simply too great for the Giants who, every time they appear to reach the smooth skies of 35,000 feet on the way to a trip to the promised land, descend back down to Earth and .500. The Giants scored a grand total of 3 runs in their three game series in Denver. That’s got to be close to a record of futility for San Francisco.

On the bright side Andrew Suarez pitched seven excellent innings that were tainted only by a solo home run off the bat of Chris Ianetta. Mr. Suarez solidified his case to stay in the rotation.

The Dodgers swept the pathetic Pirates, whose tailspin began on that fateful hot Mother’s Day when Derek Holland beat them to salvage a win in the Giants’ssss last trip to Pittsburgh. The Giants are now 3.5 games behind Arizona who lost two of three to the Cardinals. Unfortunately, the Dodgers continue to win and have created separation from the Giants by three games.

It’s kind of now or never for the beloved San Franciscans. Tonight, Johnny Cueto returns. Jeff Samardzija comes back Saturday. With the full strength of their starting rotation, the Giants will have no more excuses to cling to the zone of mediocrity around .500. In the next few months they will have to either get into the postseason or undergo a regime change. There are no two ways about it.