‘Tis But a Scratch…a Flesh Wound: The “Black Knight” Giants 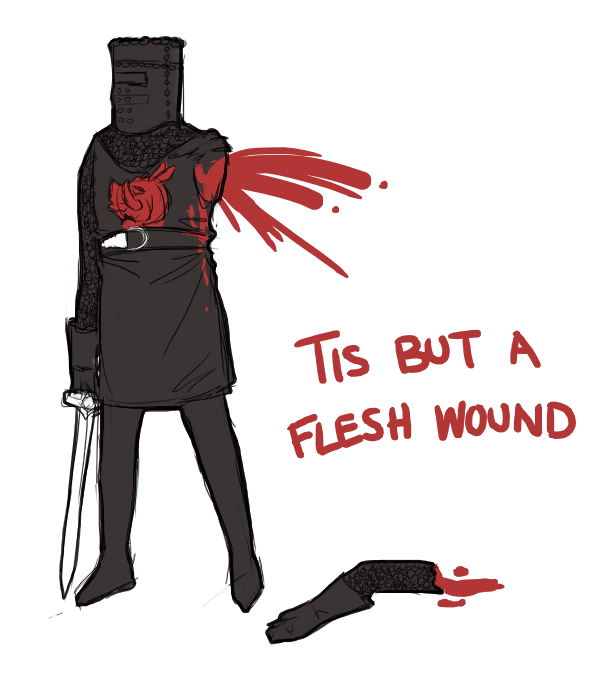 Hello from lovely Vancouver, British Columbia, from whence I will be departing later this morning. I’ve been out of California for a week and in Canada (Victoria first) since Sunday. The Vancouver part was for a conference. The Victoria part was for fun. Here are a couple of photos.

Parliament in Victoria at night

Vancouver Harbour–view from my hotel room

It sure has been nice to be out of hot, smoky California for a bit, but home to hubby and work I must go. The Giants have made it possible for me to return home because, until last night, they had been 4-0 since I left the U.S., and if you count our Europe trip in June, they were 12-2 this season when I was out of the country.

Not too much to say about this one. Chris Stratton was not ready for a return to the major leagues, and he let that be known early and often. He had a Matt Moore-esque line score of 3 innings pitched, 10 hits, 4 walks, and 6 runs, and the only reason it wasn’t worse was that Ty Blach relieved him in the bottom of the fourth with the bases loaded and none out and stranded all of the runners. Ty Blach must be wondering why he’s not in the rotation, but we’ll get to that in a minute.

Stratton now has a 5.52 ERA for the year and an ugly 1.55 WHIP and yet, due to the oddities of this 2018 season, he still leads all Giants starters in wins with 8. His most desultory moment was this meatball to opposing pitcher Pat Corbin for a two-run single to top off the Snakes’ five-run first.

In true Matt Moore fashion, Stratton put the Giants into such an early, deep hole against a good pitcher that there was no recovering from it, though they did scratch out three runs and even put a couple on with two outs in the ninth, actually bringing the tying run to the plate in Gorkys Hernandez (who, with Belt on the DL, represents the Giants’ best threat for a homer right now). Alas, though. It was not meant to be, and so I can get on the plane and come home.

There were a few bright spots. Austin Slater showed why it’s ridiculous that he hasn’t been a lineup regular since April when Pence and then Mac Williamson went on the DL. This led to an entertaining interaction between Andrew Baggarly and a Tweep.

What? Jesus, no. Slater should start in the outfield when Belt returns.

The estimable Kyle from Cove Chatter had this comment about Slater.

I'm going to say it again. Slater just reminds me of Duffy. Just has that knack for coming through when he gets a chance.

Other bright spots included the bullpen, which held the Snakes scoreless over the final six innings, with two hits, a walk, and seven strikeouts. The most notable development was the first back-to-back appearance of the season for Mark Melancon, who pitched well both times.

This has been quite a few days. The Giants went 4-1 despite losing Cueto and Sandoval to season-ending surgeries. Now, most ominous of all, Buster Posey had to leave last night’s game with concussion symptoms. While it seems like a no-brainer (pun unintended) that Buster would at minimum go into the seven-day concussion protocol, it raises some unhappy questions about who should be promoted to back up Nick Hundley. The only other catcher on the 40-man roster is Aramis Garcia, and he’s in AA. Veteran catcher Ryan Hanigan was released from AAA Sacramento recently, so the current Sacramento catchers are old pal Trevor Brown and journeyman Ronnie Freeman, picked up in a trade from–hey, how about that?–the Diamondbacks!–earlier this season. The guess here is that they’ll promote Brown, since he’s at least somewhat familiar with the Giants’ pitching staff…well, kinda-sorta. (The staff has changed a lot since 2016.) They can make 40-man space if needed by putting Cueto and Sandoval on the 60-day DL.

The Giants have been awfully scrappy despite it all, but it does rather have that Black Knight feel to it. (Cut off my arms? I’ll kick you. Cut off my legs? I’ll head-butt you.) They are being carried by rookies and scrap-heap pick-ups. It doesn’t feel sustainable, to put it politely, but there is no shortage of grit.

So what about the rotation?

Ugh. This is a mess. Remember just about a month ago, when Samardzija and Cueto were both returning from the DL and we were entertaining ourselves with discussions of which extra pitcher was going where? Good times. (Answer: Stratton to the minors and Holland to the bullpen, where Blach already was.)  Well, ha ha ha on us because now it appears that the Giants have four functioning starting pitchers. Cueto is out for this season and most/all of next. Samardzija’s on the DL for the third time and no one was really sad to see him go. He’s out indefinitely. Stratton has imploded since April. Bochy’s comments about him last night were pretty damning, I’d say. From Alex Pavlovic’s gamer:

Bochy said Stratton’s stuff is playable. It’s another issue on the mound.

“What he needs is confidence,” Bochy said. “There’s no reason why he doesn’t have it because his stuff is fine.”

In other words: Stratton’s problems are all between his ears.  We don’t really have time for that right now.

Ty Blach, in the meantime, is just always there. He was there as an improbable Opening Day starter in Dodger Stadium, and he outdueled Clayton Kershaw. He was there when the Giants needed more than six innings of relief in an extra-inning marathon in Miami. And he was there last night when his draft class buddy Stratton needed his ERA not to be bloodied even further. Blach’s ERA for the season is now down to a respectable 4.28.

The Giants do have some off days in August to play with and could skip the fifth-starter spot the next turn through. But that raises another problem. Rookies Suarez and Rodriguez are racking up innings and entering uncharted territory as to how they will hold up as the season progresses. In an ideal world, those off days would be used to give them extra rest. But this is not an ideal world for our Black Knights.

If we assume that they’re not going to the well again with Stratton anytime soon, the options are skipping a fifth starter, inserting Blach (and not having a long man) or…well, the cupboard’s pretty bare in AAA. Top prospect Shaun Anderson is there now, but he’s only made three starts for Sacramento since his promotion. It would be pushing him pretty hard to promote him to the majors so quickly. The Giants have already taken pretty much every good pitcher the River Cats had. Checking the R’Cats’ stats, the innings-leader is Casey Kelly, with an ERA near 5 and 18 home runs allowed. Next! Oh. Tyler Beede, with an ERA near 7 and on the DL, anyway. (Don’t know why, actually don’t care much.) After that, the next highest-innings guy is…Tyler Rogers, a relief pitcher.  Did I mention the cupboard is bare?

Come to think of it, “Black Knight” is close to “Dark Knight.” Anyone know if Matt Harvey has cleared waivers yet?

There will almost certainly be more roster moves before the game. If not a new backup catcher (they might wait a day on that), it sounds likely that they will bring up a fresh arm or two, after the bullpen had to eat ten innings in the first two games here.

So we’ll see how our feisty Giants weather these latest “flesh wounds.” I’ll check in again from the road (layover in Seattle) or from Davis (home by around the third inning, if all goes well). Lefty out.