To Be Expected: Exhausted Giants Sleep Through Rivalry Game 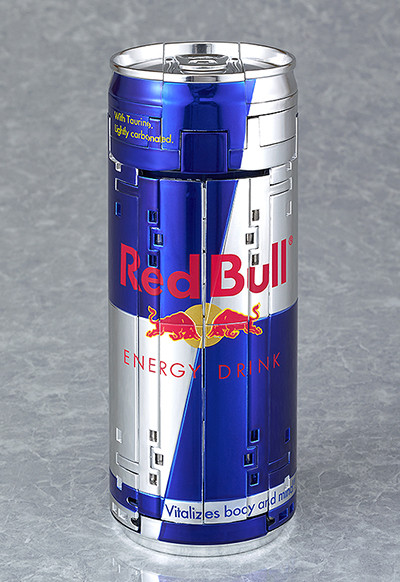 You could kind of see this coming. The Giants are on the third stop of a three-city road trip that’s already taken them to Washington D.C. and to Miami. The last game in Miami went 16 innings, which negated the fact that it was a day game before a cross-country flight. The Giants were tired, and even the blaring Dodger Stadium organ music and the sight of despised Dodger Blue couldn’t wake them up.

Hunter Pence tried to wake up, at least, and he brought along Mac Williamson.

How many cups of coffee do you guys think we drank today? *Tip: we went to 2 coffee shops* pic.twitter.com/EjWp1Aamz1

The Giants made a decision because of the fatigue, and it may or may not have been a bad one: Instead of activating Brandon Belt for last night’s game, they activated Pierce Johnson from the taxi squad. Now, Johnson pitched two scoreless innings, keeping the Giants close, so in that sense the decision paid off. But the Giants only got four hits and lost by one run; there’s no guarantee that a rusty Belt could have improved that outcome, but you like your chances with the guy who didn’t play 16 innings and didn’t fly 2400 miles from Miami to LA.

I said last night that he “sucks,” and that was too strong. I’m not a huge fan and I don’t really think Holland belongs in the rotation of a team that wants to be competitive, but he did OK last night, giving up three runs, two earned, in five innings. The biggest knock on his performance–and this has been typical–is the way his pitch count rose alarmingly as he dug himself into one deep count after another, and was at a staggering 105 pitches after five innings.

The Giants will have decisions over the next couple of weeks with the hoped-for returns of Jeff Samardzija and Johnny Cueto. Despite my lack of enthusiasm for Holland, I don’t think he should be the first to go. The way this season has turned out with injuries, they can’t afford to sacrifice veteran depth in the rotation, so one or two of the young guys should be optioned to AAA. It will be interesting to see how that plays out.  In my opinion, Chris Stratton has been a real weak link since April, and I’d rather keep Suarez and/or Rodriguez than him; I think both younger guys show more upside than Stratton does.  Also, Stratton is almost 28, and Suarez and Rodriguez are almost/just 26. Stash Stratton in the minors for insurance and see what you have with the two younger guys.

The elephant in the outfield

OK, I understand why Gorkys Hernandez might have needed a day after playing 16 innings, and I bet his ribs still hurt a lot. But the cold hard fact is that Austin Jackson should just never ever play CF for the Giants again. The ball he muffed last night for a three-base error and led to what turned out to be the deciding run was a ball that any major league outfielder should catch.  We now have a Jackson photo to go into the CF Hall of Shame.

I’m sure Jackson felt awful about clanking that ball, but this is ultimately on the team decision-makers. Over and over in the offseason, we heard that the Giants would be prioritizing outfield defense in 2018. And yet, on the middle of June, in a rivalry game in Dodger Stadium, Austin Jackson is allowed to lose a game with his ineptitude in CF. Meanwhile, a top prospect and plus-defender is just awaiting a phone call in AAA. We were told that Steven Duggar needed to “force the issue” with his bat. OK, let’s look at his last 28 days: 99 plate appearances, .330/.384/.538/.922 with 14 extra-base hits. That’s good enough. Bring him up! #FreeDuggar!

The Panda had the game-winning hit on Thursday and played all 16 innings at 1B. He was back out there last night and had two of the Giants’ four hits, including his opposite-field two-run homer that gave the Giants a little breath of hope. His 2018 turnaround and value to this team have been nothing short of amazing.

The aforementioned Jeff Samardzija made a start for the River Cats in Round Rock, Texas last night, going three innings (43 pitches), 1 hit, 0 runs, 0 walks, and 4 strikeouts. That’s more like the Samardzija we saw last season, and reportedly he’s feeling the best he has all year. I remember in one of his first spring training starts, he walked the bases loaded and Duggar (have I mentioned him yet?) made a great catch with two outs to strand the runners. It seemed odd to see Samardzija walking guys, and it turned out to be a more ominous sign than early spring rust.  Samardzija is expected to make at least one more start for Sacramento on Wednesday.

Johnny Cueto pitched another bullpen with no reported ill effects, and the staff is going to decide what’s next for him–a simulated game or right to minor league rehab. He’s not eligible to come off the 60-day DL until June 30, but if things go well, the Giants could have him and Samardzija back by July 1 or soon thereafter.

The question, of course, is whether it will still matter by then, with both the Diamondbacks and the Dodgers playing well again and looking poised to make a run in the NL West.

Time for Bumgarner to do ace-like things. We will also have the return of the appendixless Brandon Belt, lefty starter notwithstanding.

Efrain/Eboogie will be glad to hear that I won’t be running my fascist personal blog for a couple weeks. Mr. Lefty and I leave Monday for a European trip to celebrate our 35th anniversary, which is coming up on June 25. I’ll pop in every now and then in the comments, but I won’t be able to post for the next couple Saturdays. Hopefully when I get home, things will be better with the Giants. Until then, Lefty out.