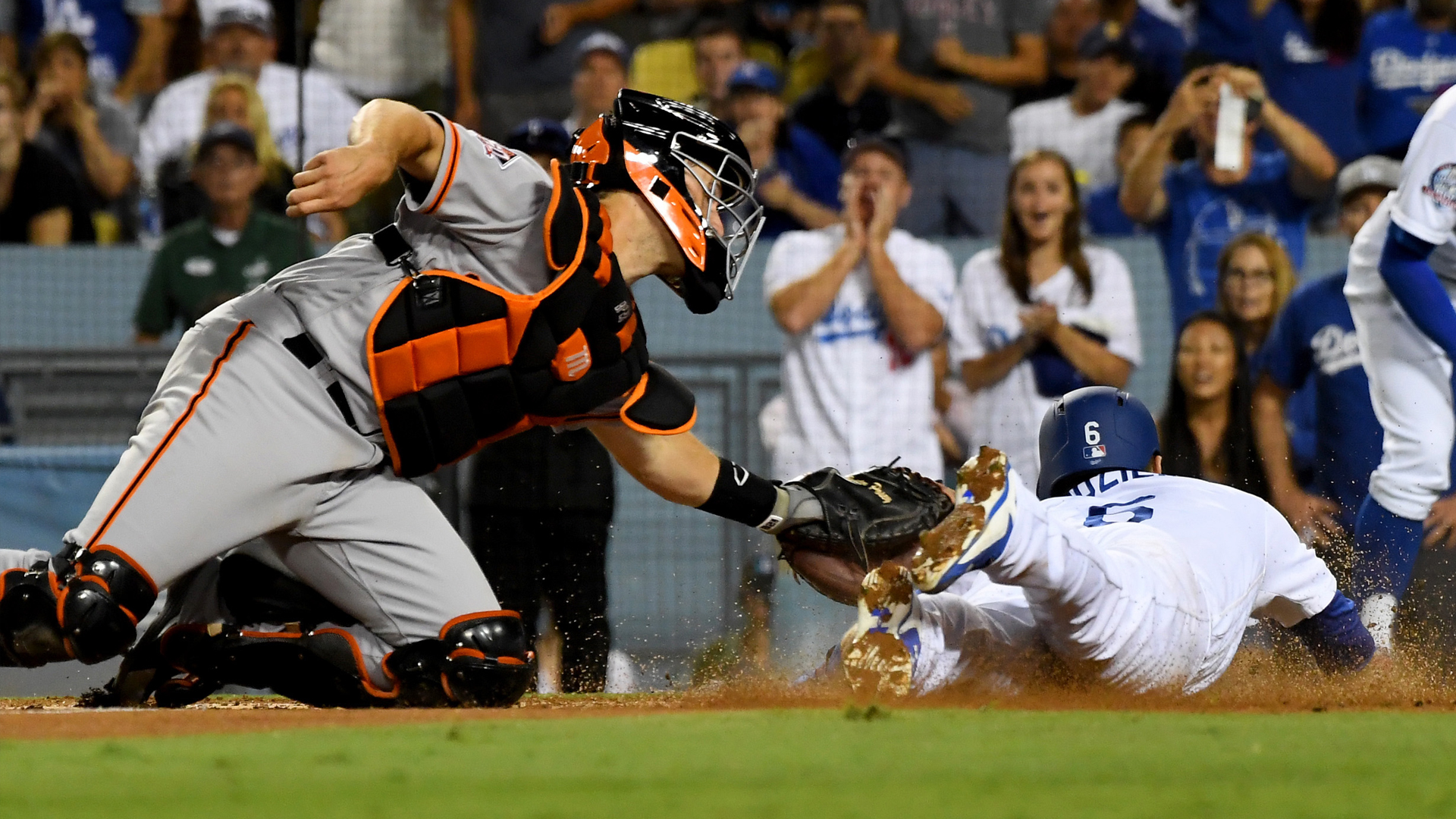 I work hard at my headlines. The “traffic nightmare” for today has two meanings: the quagmire that is the NL West and the ridiculous number of baserunnrers (24) in last night’s tough 4-3 loss in extra innings to the hated Los Angelinos. The Giants did swell to take 2 of 3 and you cannot expect to sweep a good team on the road when your offense is as hapless as the Giants were last night.

The starting pitching for the Giants did beautifully: 16 2/3 innings pitched, two runs (both by Madbum). You cannot ask for anything more. Each game came down to the bullpens.

Take it away Dr. Lefty:

“All of the pitchers played Russian Roulette the whole night. They didn’t have a single 1-2-3 inning. They gave up ten walks and 14 hits. It was amazing they only gave up four runs and pushed it to extras.

The Giants’ offense, other than the one happy swing from McCutchen, was nonexistent. They only scored in one inning out of 12, drew two walks, and got six hits.

The Giants did well to win two out of three. Really the only time they hit the whole series was the wild scramble in the ninth inning of Monday’s game. The pitching, as a unit, did a great job of holding down a dangerous Dodger lineup for the three games—gave up only seven runs, total, in 30 innings. The Giants scored 10.”

It was nothing short of miraculous that the Giants were even in last night’s game, let alone that they nearly pulled it off in 12 innings. No need to rain on the Ray Black or Casey Kelly parade. You cannot expect to win games when you are putting so many players on base. Only Gorkys “God” Hernandez’s lightning bolt of a throw to save a run and nab Brian Dozier at the plate saved the Giants bacon.

Derek Holland gutted out 4 2/3 shutout innings, saved in large part by a one-pitch out with the bases loaded with two outs in the bottom of the fifth by Reyes Moronta.

Andre McCutchen’s three-run bomb was exciting. We need more of those.

This is a great article in the New York Times about how the game of baseball is being affected by increased strikeouts. For the first time in history, there will be more strikeouts than hits!

The Giants are off today and travel to Cincinatti for a weekend series.

God Bless Aretha Franklin, the Queen of Soul. She is gone but her music will live on eternally! May she rest in peace.