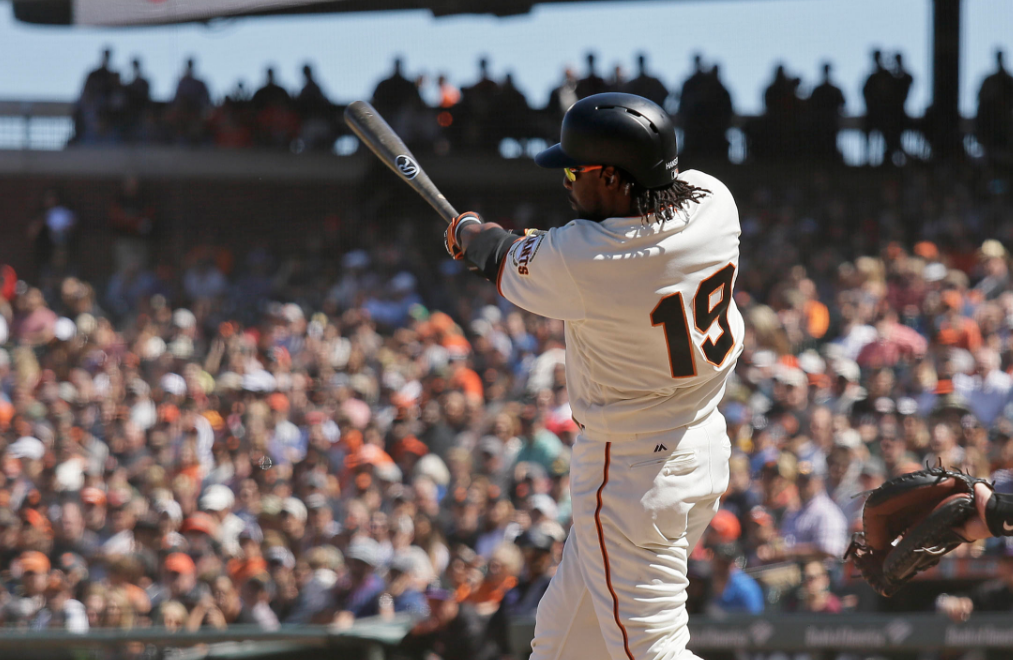 The Giants Lose a tough, hard-fought slugfest on a bright sunny day at Willie Mays Field, 9-8, to the Rocky Mountaineers of Colorado.

Greed is one of the seven deadly sins in all aspects of life except one: baseball. While it is unseemly to always want more when you are already rich in victories and rings, it is still an indubitable quality in a sports fan, kind of like the sex drive in men…

Yesterday, we all had that giddy greedy feeling when the Rockies began the top of the ninth. It disappeared pretty quickly thanks to a leadoff single and a blast by D.J. LeMahieu that was as herculean and as dramatic as it gets. I almost admired it. That ball was hit so hard and so far off Sam Dyson that it almost felt like God’s (Gorkys’s) divine retribution to all Giants fans: “Not so fast. I will smote thee greed and thy teeth will be gnashed by the power invested in me by the divinities of baseball… Get a real closer if you want to be greedy San Franciscans..”

It was a phenomenal baseball game, regardless of the sad ending and even sadder bookend to an otherwise excellent 7-3 homestand. Both the Marlins loss to begin the homestand and yesterday’s game were heartbreaking because the Giants had leads in the ninth and their usually solid relief corps developed the yips…

BB9 went deep. Alen Hanson had a huge day with two doubles and two runs scored, driving in what should have been the winning runs in the bottom of the 8th when the Giants were down. In fact, in a rare sight you don’t see everyday in baseball, he hit a three-run double and only scored two because Buster was running from first…. That was a big run. It appears Bochy does not believe in pinch-runners.

Greed is good but so is context. This was a great homestand. The Giants played hard. They played well. They hit the ball all over the field. Nothing to be too sad about.

What concerns me most is simple: who will close games out for the Giants with the absence of Strick? My vote is a closer by committee and situational use instead of tapping one guy like a Dyson or Smith.