Wearing It and Planning for the Long Season 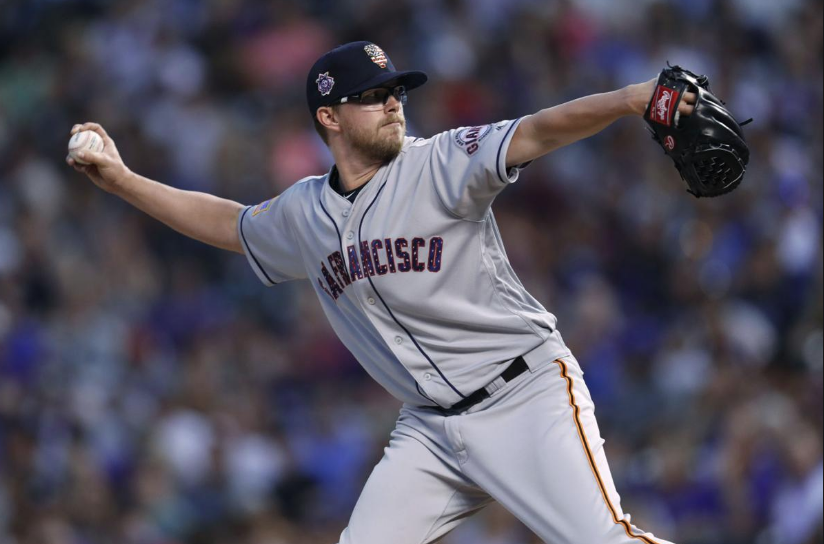 It’s important not to take these Coors Field games too seriously as indicators of the Giants greatness or relative mediocrity, depending on your point of view. The most interesting aspect to last night’s debacle was Chris Stratton’s line: 5 2/3 innings, 8 runs, 11 hits… When the game was decided essentially by Nolan Arenado’s three-run bomb in the bottom of the fifth, Bruce Bochy made an important and telling decision: he elected to keep Stratton in the game both as a form of punishment for his performance and to rest his taxed bullpen. This double intention was classic long-haul managing by the Giants skipper. Stratton, as Krukow often says, had to “wear it” for the good of the team. It was also an important teachable moment for Stratton with his rotation spot likely vanishing upon the reappearance of Mr. Johnny Cueto come Thursday night and the arrival of Jeff Samardzija a few days later.

None of this, of course, excuses the weak performances by Giants hitters so far in Denver. In two games in the world’s biggest little league Major League park the Giants have scored a grand total of 3 runs. This will not do.

This was just a good old-fashioned Rockies Coors field ass-kicking. Nothing to be alarmed about, as I said above. Tonight’s game does have the added significance of being the final opportunity to achieve a very good 4-2 road trip versus a mediocre 3-3 disappointing two-city journey.