Welcome To The Show! 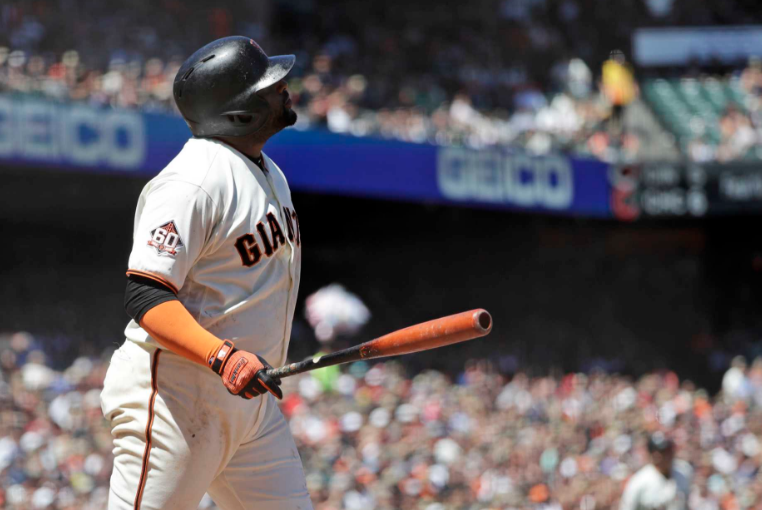 Steven Duggar, Ray Black and Chase d’Arnaud all made their Major League debut’s in today’s series finale against the St. Louis Cardinals. The result was a resounding, strange, and fun Giants win, 13-8. It’s nice to see the Giants on the winning side of a football score for a change. In the early innings MadBum was simply not sharp, pitching behind in the count, giving up a very long home run, and being victimized by doinks and dribblers that produced run thanks to all that traffic on base. Despite not pitching effectively, the ace did record the win and the bats did the rest. Pablo Sandoval hit a huge 3-run home run to give the Giants the lead for good in the bottom of the fourth. The Giants had just given up the lead in the top of the inning and things were not looking golden.

Steven Duggar went 2-5, with a bullet for an out in left field. His first big league knock was a sharp double to right center field. Welcome kid. Chase d’Arnaud went 0-1 in a pinch-hitting appearance (I don’t remember what he did.) Ray Black had a bit of a rough outing, allowing one hit, three runs and two walks in 1/3 of an inning. It was just nerves. This was the right game to have them. He will be fine.’

One note of interest in this game: Cardinals shortstop Paul DeJong had two errors and generally speaking, a very bad day in the field. His rough day was a reminder of how blessed we are to have Brandon Crawford manning shortstop for our team. Crawford’s glove has been a major factor in his selection as the starting shortstop in the 2018 All Star Game for the National League. Buster finished second in voting behind Wilson Contreras.

One downer: Gorkys left the game in the seventh with what was later called a sprained or cramped calf. No word yet on how long the injury will persist and affect his playing time.

The new look Youth movement had an auspicious debut on a picturesque day of sunshine at the old yard. With the win the Giants are now 47-45 and four games behind the DBacks, who, at press time, were locked into an extra-inning death match with the Padres.