Together We’re Brewers: Everyone Loves a Game 7 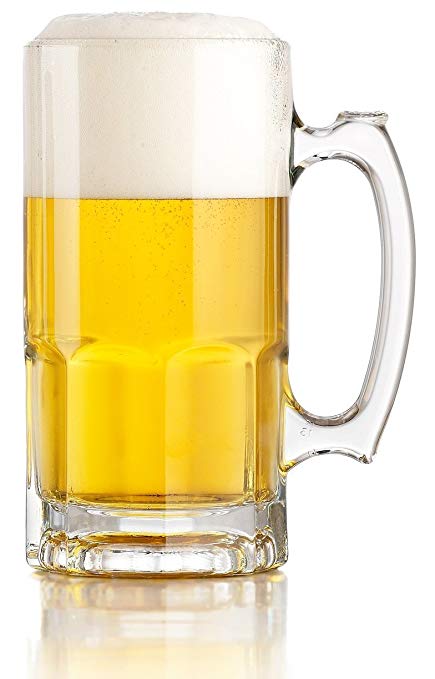 I was bummed about the Astros-Red Sox series, which I’d been thinking of as “the Real World Series.” While I can’t say that I’m stunned that the 108-win Red Sox won the ALCS, I am surprised that it turned into a five-game butt-kicking. With the Astros’ great rotation, deep roster, and recent championship experience, I thought they’d put up more of a fight. We are now at 18 years and counting since the last time a baseball team repeated as World Series champions. (The Yankees won in 1999 and 2000 and then lost the 2001 World Series in seven games to the Arizona Diamondbacks.)

In contrast, this Dodgers/Brewers series has had plenty of drama. There was a lot of woe-is-me going on in LaLa Land after Game 3, as the fans booed Yasmani Grandal and Kike Hernandez then called out everybody, including the fans, for their “lack of energy.” But then the Dodgers bounced back in Games 4-5 to take control of the series, and even previous postseason goats like Kershaw and Puig were heroes this time. The Brewers’ cute little run looked over, their lineup overmatched by the Dodgers’ excellent pitching, their MVP candidate coming up small, and their manager’s pitching switcheroo antics just looking kind of silly. Thanks for playing, Brewers, but it’s time for that Dodgers-Red Sox World Series that Fox is dying for.

Well, as Lee Corso’s likely saying right this minute on College Gameday, “Not so fast.” Inspired by their loud, energized home crowd (you could kind of see Kike’s point when you compare that wall of sound last night to what was happening in Dodger Stadium), and undaunted by David Freese’s leadoff home run off Wade Miley, the Brewers came roaring out of the gate, scoring four runs off Hyun-jin Ryu in the first inning and never looking back.

I loved the way that first-inning rally and the entire game unfolded for the Brewers. There was–wait for it–smart, situational hitting, two-out opposite field knocks beating the shift, runners taking chances and extra bases even off Puig’s arm. This postseason has been so leaden with strikeouts and lack of base runners. Last night’s game was old school, and it was beautiful. Here’s Aguilar’s big two-run double that put the Brewers ahead to stay.

That Dodgers lead didn't last long, as the @Brewers are on top in the 1st! pic.twitter.com/gKgNCaoPk3

Also notable: The Brewers’ bullpen combo of Jeremy Jeffress (strategically used in middle innings with a comfortable lead, so maybe Counsell has learned something), Craig Knebel, and rookie Corbin Burnes threw 4 2/3 innings without allowing a hit or a walk–and, I was shocked to read in Ken Rosenthal’s piece in The Athletic,  that this was the first time in postseason history that any team’s bullpen pitched that long without allowing any hits or walks.

Even more important: None of those relievers was named Josh Hader. They showed this stat on TV: Going into last night’s game, the Brewers were 53-8 in games Hader appeared in–but 14 games under .500 in games when he didn’t pitch. That shows what a difference-maker Hader can singlehandedly be, and somehow the Brewers got to Game 7 with him fully rested and ready to go.

Now, none of this means that the Dodgers don’t have a chance in Game 7. But the point is that the Brewers, who 24 hours ago seemed dead and buried, or pretty close, actually have a fighting chance in this one-game win-or-go-home scenario. Mr. Lefty and I are in SoCal right now, and driving to the hotel from the airport late yesterday afternoon, we were listening to the Dodgers’ pregame on the car radio. The announcers mentioned the “waiting” Red Sox more often than they did the Brewers. It was almost like last night’s game was a formality to get through. Not. So. Fast.

As we get little tidbits about the GM/baseball opps search leaked here and there, here’s one fact to keep an eye on. David Bell is still in the mix for the Reds’ manager job, now that Joe Girardi has dropped out. Henry Schulman speculates that Bell might be an inside candidate for the Giants’ big job.

At least one of the multiple teams considering David Bell for its managerial opening believes the #sfgiants view Bell as an in-house candidate for head of baseball ops. Bell is one year into remaking the SF farm system.

Schulman also wonders if the Giants may ask permission to talk to the Astros’ assistant GM, now that he’s, um, unexpectedly got some free time this week.

The other Giants news is more troubling: Principal owner Charles Johnson was “outed” as a contributor to an awful super-PAC that dropped a radio campaign ad in Arkansas this week that is so racist, misogynistic, and offensive that even that Congressional candidate whom it supports has denounced it in the strongest possible terms, as has everyone else. Turns out that Johnson only donated $1000 to this super-PAC and claims he didn’t know what the money would be used for. But it became enough of an icky story in the progressive Bay Area that both the Giants and Johnson had to put out statements about it.

Hopefully that will be the end of it, though we were musing, before Johnson’s statement came out, about whether the partnership agreement among the Giants’ various owners allows them to force a partner to sell his shares to them if there is conduct detrimental to the organization. Sounds like it won’t get that far, though.

For a first-week contest in mid-October, last night’s Warriors-Jazz game in Salt Lake City was a barn-burner. First the Jazz stormed out to a big lead, dropping 81 points on the Dubs by halftime. The Jazz pushed their lead to 16 points by the third quarter, but the Dubs came back and won the game 124-123 at the buzzer on a desperation tip-in of a missed Durant shot by…wait for it…Jonas Jerebko. Check out Bob Fitzgerald channeling Matt Vasgersian on this call.

Jerebko tipped it in! pic.twitter.com/ZzAFpqc6GL

Now, not only is Jerebko a fairly low-level pickup who’s barely in the Warriors’ rotation–this year’s Omri Casspi, if you will–but he’s a Warrior only because he was dumped by his previous team, who at the last possible moment decided not to pick up his option. That former team, was–you guessed it–the Utah Jazz. So Jerebko not only got to be the hero in a big, dramatic, comeback win for his new team, but he also got to stick it to the team that gave up on him.

They didn’t want ya Jonas.

My Swedish brother-in-law, a huge Dubs fan, is no doubt on Cloud Nine this morning.

There were two great Giants wins on October 20. The first was in 2010, Game 4 of the NLCS, a wild back-and-forth affair that ended with a walk-off sac fly by Juan Uribe, scoring Aubrey Huff. The second was was in 2014, when the Giants won Game 1 of the World Series in Kansas City behind a strong effort by Bumgarner and a Hunter Pence homer–right into a sea of “Hunter Pence Signs!”.

Our flight home today is at 3:55 p.m., meaning we’ll be landing right around first pitch in the Dodgers-Brewers game AND kickoff for my Trojans in Utah, a huge game for control of the Pac-12 South. There will be a lot of channel-switching tonight. This sports fan loves October. Lefty out.