BRB: There’s Hope for the Future 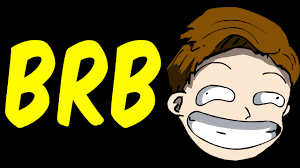 The Giants beat Clayton Kershaw last night. Grant Brisbee breaks down in gnarly detail how unusual that is–especially at Oracle Park–but somehow they got it done.  Ignore the standings. When the Giants beat Kershaw, it’s a good day.

This was the week that Joey Bart returned to action after missing six weeks or so with a broken hand. With Heliot Ramos having returned the previous week from his own injury, the Giants’ top two prospects are now back in the San Jose lineup. Ramos has been named to the California League All-Star team.

I didn’t coin this, but “BRB” stands for Bart-Ramos-Bishop (or maybe Bishop comes first; who knows?), the most recent three first-round draft picks for the Giants (Ramos, 2017; Bart, 2018; Bishop, 2019). Hunter Bishop, of course, is the lefty slugger from Arizona State, via Serra High, whom the Giants drafted at the #10 spot in the first round this week. A local boy from Palo Alto, Bishop appears confident and excited to be a part of his hometown organization. So this seems like a happy development, together with the returns to action of Bart and Ramos, and it’s not hard to envision a not-too-distant Giants lineup that includes BRB in the middle of it.

The rest of the draft

There was a lot of interest in the Giants’ overall approach to this year’s draft because they have new personnel making decisions for the first time since 2007–Farhan Zaidi, of course, and the new director of amateur scouting, Michael Holmes. And indeed they did signal several directions that are different from the most recent history of Giants’ drafting. For in-depth summaries, see the articles in The Athletic by Andrew Baggarly and especially the three by Melissa Lockard (I’ve linked her most recent one; the two earlier ones are linked in the third one). This article by Kerry Crowley also raised some interesting points.  Here is the complete list of everyone the Giants drafted this week.

Let me offer a summary of what struck me:

There are a few questions that the draft raises, as well:

Obviously, only time will tell if a “new” approach to scouting and drafting makes a difference in the future of the organization. However, we can definitely see what the immediate priorities were, and it’s hard to argue with any of them.

We will see if Samardzija can follow up his fantastic start in Baltimore last Sunday and if the Giants can beat another Dodger lefty. The Giants are 4-3 against the Dodgers this year, and if they can win today or tomorrow, they’ll have won both home series this season. In a mostly lost year, that’s a tiny little sliver of satisfaction.  Lefty out.