The State of the Giants in August 2019 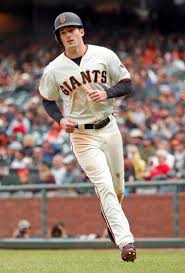 So how weird was it not having a Friday night Giants game?  Instead, we got to check out the Yankees and the Dodgers and the amazing Players Weekend unis, and I’m just gonna leave that right here.

What's amazing is that somebody thought this idea up. Then told someone else who thought it was a good idea. And they had group meetings, panels, got cost projections, bids, worked with the marketing people on a cohesive plan. All this for the worst uniforms in baseball history.

OK. No Friday night game, and the Giants had a really bad week. After winning Logan Webb’s major league debut last Saturday night, they’ve since lost four straight, flown to Chicago and back, and had two days off.

They are now back under .500, back in third place in the NL West, and a six full games out of the second wild card spot with just 34 to play.  To quote Duane Kuiper back in 2009, “This is not good, folks.”

With the present and near future looking grim (though it is Bumgarner Day), let’s get some perspective and take stock.

Most of us had appropriately low expectations coming into the season. The Giants had been really bad for the previous two seasons, and newly hired president of baseball operations Farhan Zaidi had done…well, basically nothing in the offseason, unless you want to count coming in second for Bryce Harper as “something.” The first couple months of the season went about as you’d expect. On May 31, after it took Drew Pomeranz about four minutes to give back a five-run first-inning lead against the lowly Baltimore Orioles, the Giants were 22-34.

But something else happened in that game, and it turned out to be a quiet sign of better days to come.

Turns out that while we were all trying to figure out who the heck Connor Joe was, Zaidi also traded pitcher Tyler Herb to the Orioles for Mike Yastrzemski.  Baby Yaz started the season in AAA, was called up and made his major league debut on May 25, and he hasn’t stopped hitting since.

We all know what happened next. The Giants surprised us by going a respectable 14-13 in June, and then they surprised everyone by going 19-6 in July and not trading Madison Bumgarner or Will Smith.  Along the way there have been walk-off wins, inspired comebacks, and vintage-2010 torture saves.

Yes, August has been disappointing. But even August has had its moments, like the extra-inning game in Arizona that the Giants somehow won despite yielding six homers and the wild win over the Phils on ESPN Sunday Night Baseball when the Giants’ starter, Conner Menez, only got five outs.  And even the YouTube game, a MadBum gem, was surprisingly fun to watch.

The 2019 Giants have been entertaining, and that’s a lot more than we could have expected back in April or May.

The outfield has gone from “black hole” to team strength

A funny thing happened after Zaidi cycled through a cajillion outfielders in spring training and in the first month or two of the season: the Giants actually built a good outfield. In fact, the Giants’ outfield has had the third-best WAR in MLB since the All-Star break. It’s so good that one of Zaidi’s trade-deadline acquisitions, Jaylin Davis (acquired from the Twins in the Sam Dyson trade), can’t get a call-up despite absolutely mashing in AAA. Back in May, Mac Williamson had to have just one good game for Sacramento to get called up.  How things have changed.

The quartet of Kevin Pillar (team leader in home runs and RBI), Mike Yastrzemski (17 homers since May 31), Alex Dickerson (.972 OPS despite struggling with injuries), and Austin Slater (.952 OPS and top-five in hardest-hit balls in the majors this season) provides solid righty-lefty coverage, power, and surprisingly good defense (second in the NL in outfield assists; fourth in defensive runs saved).

It’s instructive to consider how this effective outfield was built. Pillar was obtained from Toronto, who had younger, cheaper outfielders they wanted to use, in an early-season trade that cost the Giants nothing they would miss (Alen Hanson, Derek Law, and Juan DePaula). Yastrzemski was a late-March acquisition from the Orioles for #ForeverGiant Tyler Herb. Dickerson was a waiver-wire pickup from the Padres, and Slater was a fringe-y prospect who’d had a very uninspiring history in his previous stints with the Giants in 2017-18. Not an All-Star or big contract among them unless you consider Pillar’s $5.8 million salary big.

Hold that last thought while we talk about the infield.

With apologies to Evan Longoria, the infield is a disaster

The Giants’ infield, in contrast, is/was full of All-Stars and enormous contracts.  Buster Posey, Brandon Belt, Brandon Crawford, Opening Day 2B Joe Panik, Evan Longoria, and now Scooter Gennett, even backups Stephen Vogt and Pablo Sandoval–all former All-Stars. There is a cool $100 million in salaries represented by that list, and yes, some of that is paid by the Red Sox (Sandoval) and the Rays (Longoria). But despite Longoria having a respectable year, the combined WAR (bWAR) from the starting infielders is…holy crap, that’s bad.

Even with Vogt, Sandoval, and Donovan Solano having excellent years as backups…it’s really, really bad. And this is a conundrum for Zaidi. The outfield was such a mess that he could DFA and experiment with impunity, but what are you going to do with four guys (Posey, Crawford, Belt, and Longoria) who are all under contract for at least two more years for big money?

We can speculate, and Zaidi and Bochy are already tinkering. Vogt, who has been much more productive offensively than Posey has, is getting a lot more playing time than Buster’s backups have in the past. Solano has taken playing time from Crawford, and now young SS Abiatal Avelino is on the roster. Zaidi is impressed by Slater and has made comments about him getting some playing time in the infield, which could be a way to keep his good bat in the mix, especially against lefties.  In limited sample sizes, Slater has played everywhere but shortstop, pitcher, and catcher in his pro career. We could see him swapped in for Belt or even Gennett in the coming weeks.

If the Giants continue to slip further out of contention in the next week or two, we will probably see a lot of experimenting with Slater, with Avelino, with new acquisition Mauricio Dubon (currently in Sacramento but on the 40-man roster), and perhaps even some reps for Aramis Garcia. It’s time to start thinking about next year.

The pitching staff is kind of a mess

I say “kind of” because Madison Bumgarner and Jeff Samardzija are having perfectly fine seasons, and Johnny Cueto’s return to the Giants can now be measured in days rather than months. Logan Webb’s debut last week was promising, and I look forward to seeing his next start. But the rest of the rotation (Tyler Beede, Dereck Rodriguez, Shaun Anderson, Conner Menez) has been mostly a flop, even though all of those guys have had their good moments. The bullpen, after being one of the best in the majors, is now a lot messier than it was before regulars Dyson and Mark Melancon were traded. Rule 5 acquisition Travis Bergen was DFA’d last week and returned to the Blue Jays, and Andrew Suarez was optioned back to AAA. From the Opening Day roster, only Will Smith, Tony Watson, Reyes Moronta, and Trevor Gott remain in the bullpen.  When we’re looking at guys named “Jandel Gustave” and 83-year-old Fernando Abad as our “bullpen hopes,” well…it’s kind of a mess.

The pitching will be a tough thing for Zaidi to fix as well, even if he does re-sign Bumgarner. He’s not quite as locked in contractually as he is with the infield, but the options for internal improvement seem rather limited.

After what happened in July, I know better than to write an obituary for the 2019 Giants on August 24, but let’s be real here: It’s probably time to start shifting the focus to what can be accomplished in the rest of this season to look toward the future. Here’s my short list.

Now, with the possible exceptions of seeing Davis and more of Webb, this is not an especially sexy list. On the other hand, who would have thought, back in March, that an outfield made up of Kevin Pillar, Mike Yastrzemski, Alex Dickerson, and Austin Slater–none of whom were on the Opening Day roster–would be the clear engine driving the team in late August?

The point is that baseball can surprise you.

At least there’s Giants baseball tonight, and any Mad-Bum day is a good day. Lefty out.