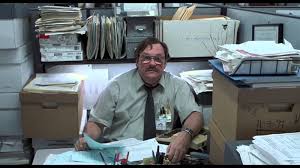 I guess I’m more competitive than I realized. (The fact that I literally set an alarm on my phone so I won’t miss the 24-hour check-in opportunity for Southwest flights should have been a clue.) I changed my latest My25ManGuys™ ballot three times before the Thursday night deadline, and then when it was extended to Friday by game time, I stewed about it all day and finally sent my final ballot to HaakAway about 30 minutes before the first of the two split-squad games. I was more worried about it than what’s in the Mueller Report (OK, not really. But in the moment.)

Four hours later, after the second game was over, it was all shot to pieces.

Here’s what we know from the beat writers’ tweets.

So, honestly…I have no idea, and neither do the beat writers and maybe neither does Bochy or even Farhan Zaidi.

Here’s the thing, too. I already have a MyGuy™ pin. Haak gave me an honorary one after I wrote the “In Memoriam” piece for TWG on the anniversary of Allen Hirsch’s passing. I just like winning. And I’d like to earn one.

This week in Cactus

The Giants actually played well this week–very well. Until last night’s away-game loss, they hadn’t lost a game since the previous Thursday, going 4-0-2 in that stretch. They also finally scored runs. When I posted last Saturday, they were 14th in the NL in runs scored for spring training. Today they are tied for ninth and are not far behind the eighth and seventh place teams. If they finish middle-of-the-pack in runs scored, I would take that as a positive sign from a team that’s clearly going to be led (to wherever they go) by pitching and defense this year.

The Giants are third in batting average, second in hits, fifth in on-base percentage, and first in triples. (If Duggar stays healthy, he could be a triples machine.) Their rankings in home runs (tied for 12th), walks drawn (tied for 13th), and strikeouts (7th) still leave something to be desired, but there have definitely been signs of life from the offense. Panik, Belt, Longoria, Duggar, Parra, and Solarte have all had good springs at the plate. Less so Buster Posey, Brandon Crawford, or Mac Williamson, though.

How about the pitching? Well, going into play today, the Giants are fifth in the NL in team ERA (pretty good), tied for last in walks given up (really good), sixth in strikeouts (pretty good), and tied for eighth in homers allowed (OK). Definitely competitive stats.

The Giants close out the Arizona season in a day game at Scottsdale (details below). Then they fly to Oakland for a Sunday afternoon game, and then off to the very first baseball game Monday night at a park called Oracle.  The Giants had an open house at the park yesterday to unveil the new food offerings and the new $10 million scoreboard and…oops.

The Giants play a game here on Monday. I have some concerns. pic.twitter.com/sk7qbmi2Fc

Another game at Oracle Park Tuesday night, an off-day Wednesday, and then Opening Day at Petco Park in San Diego, 1:35 p.m. Thursday. We’re almost there!

(This Oracle Park thing is going to feel confusing at least until the Warriors’ season is over and they move to the Chase Center in the fall.)

This offseason has flat-out sucked for Giants Nation. One sad goodbye after another (Willie McCovey, Hank Greenwald, Peter Magowan, and others), controversy/scandal coming first from Charles Johnson and then from Larry Baer, even a DUI for a guy trying (and it turns out, failing) to make the team.

But it’s now spring on the calendar, and things are looking up. The Larry Baer thing has receded from the news, and the club is being capably run by a team led by Harmon and Sue Burns’ son-in-law and Farhan Zaidi, among others. Cameron Maybin did not make the team, so that’s not a storyline anymore. Brandon Belt is still a Grade-A Goofball.

ICYMI- my interview with @bbelt9 last night and the scoop on the eyebrow trimming mishap. @SFGiants https://t.co/xajFrHgKTC pic.twitter.com/xoRKu7yzGN

And Buster and Kristin Posey, bless their sweet hearts, unveiled another fantastic charitable effort for pediatric cancer research. Here’s hoping Buster has a cajillion RBIs this year and that a cajillion of us pledge.

Excited to announce our #RBIForResearch campaign. For every RBI I get this year, we will be donating $1500 to the @TheVFoundation for pediatric cancer research. Would love for you to join us & donate at https://t.co/sDX0pKehQx (link in bio). Together we can make a difference 🎗 pic.twitter.com/87UKTzz3tB

But the hands-down feel-good winner story is this article about Bryan Stow, who has made an amazing recovery from the horrific beating he received after Opening Night at Dodger Stadium in 2011–and is using his experience to give inspirational anti-bullying speeches at local schools.  I dare you to read this and not get at least misty-eyed.

Finally, the Giants dropped this ad, which was sneered at as (a) dated/too nostalgic and (b) a not-very-subtle shot at the invading Golden State Warriors. I’ll admit it is a little sappy, but I love it. I first heard it on the radio yesterday and went “meh.” Then I saw it, and with the images, it’s great. Chills/heart-pounding great.

Last one in the desert. Last Scottsdale Stadium game ever for Bruce Bochy.

Robbie Ray (The Guy Who Beaned Buster at the 2017 Home Opener) vs. Derek Holland

Radio: KNBR (last game with no TV until next spring!)

We are almost to Opening Day, folks. So exciting!  Lefty out.