Breaking: Bruce Bochy to Retire at the End of the 2019 Season 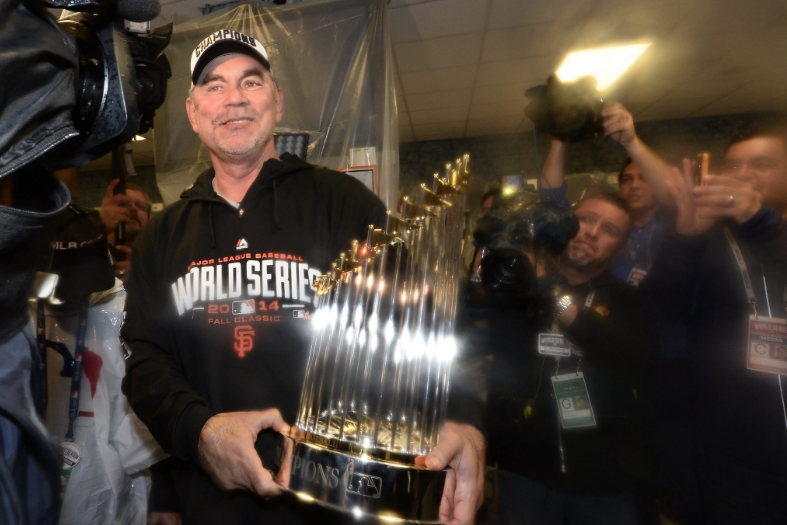 The story is just now being broken at press time: Bruce Bochy has officially announced his retirement following the 2019 season. This is big. This is something many of us have speculated about. Here is Alex Pavlovic:

Here is another interesting tidbit:

Larry Baer said Farhan Zaidi was told during hiring process that this would likely be Bochy’s last year. Giants have been planning for this for months, but Bochy didn’t want anything to become public before he could talk to the team Monday.

The story is being reported on Social Media and has officially been announced by The Washington Post and KRON so far.

There are some interesting questions. It now appears that Bochy and Baer had discussed before Zaidi’s hire and the decision was made following last season. I imagine Bochy leaving in 2019 was a pre-condition to Zaidi taking the job and one cannot really blame him.

Finally, what kind of manager will FZ look for? Please God! Don’t let it be some analytics pawn!

But I’m getting ahead of my self. These next few days are all about Bruce Bochy and his amazing run of three championships. He is easily the greatest San Francisco Giants manager of all time…

I will have more in the coming days.

Suffice it to say that for now, this really is the end of an era. First Brian Sabean gets re-assigned as a consultant and the Farhan Zaidi regime begins. Now we have to start thinking about a new manager for the San Francisco Baseballers… I’m not ready for this, on an emotional level…