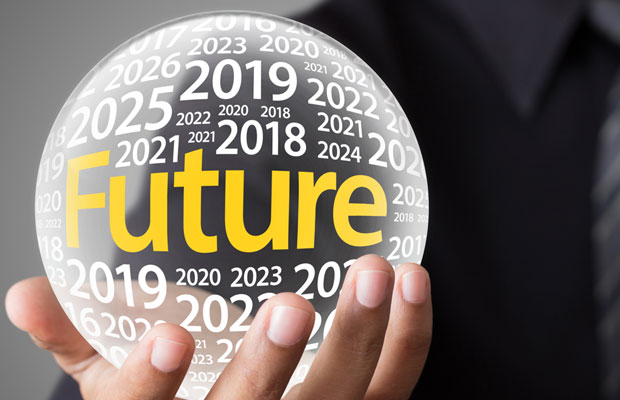 We are now a mere 12 days from Opening Day at Petco Park in San Diego. Who will be the 25 Giants standing along the third base line?  HaakAway wants to know.

Since today’s only March 16, and things can and probably will change before the March 21 deadline, I can speculate away in this post, and so can all of you, knowing we can tweak things before our thoughts are final.

The clear part of the picture

These players will certainly be on the Opening Day roster, barring injury (or, I guess, trade):

*Melancon may come up with a pulled isuckitis to deal with the roster crunch. See discussion below.

The coming-into-focus part of the picture

Rene Rivera appears to have the inside track on the backup catcher job to start the year. He’s hitting .364 in the Cactus League, the pitchers apparently love throwing to him, and Derek Holland says Rivera reminds him of fellow Puerto Rican Bengie Molina, a two-time Willie Mac Award winner for the Giants who caught young Holland in 2010 after Bengie was traded to the Rangers. Andrew Baggarly had also noticed the resemblance, and as he put it, “Rivera isn’t the fourth Molina brother, but he wouldn’t look out of place at a family picnic.” Aramis Garcia, who’s had a nice spring overall, will likely begin the year in AAA so that he can play every day. The other main contender, Stephen Vogt, will likely start the season on the injured list and play in AAA for a while, but he has two “out” dates in his contract, so that can’t go on indefinitely.

Guessing he'll start the year in AAA to catch up. Heard today he has two "outs" in his minor-league deal. One is next week. The other is in June. Probably did it that way knowing he'd start in the minors. But, stranger things have happened. #SFGiants https://t.co/FeFQGKKati

And no, Joey Bart is not going to make the team, even if he is leading the Giants in RBIs this spring. (However, a scout from another team who saw Bart play predicted this week that Bart would be in the majors by midseason.) Bart’s big ninth-inning bases-loaded double to beat the Dodgers will linger in everyone’s mind, even if it was only in March. How many times have you heard that story about 19-year-old Bumgarner striking out Manny Ramirez on three pitches in his first big league camp?

Rule 5 draftee Travis Bergen is having a great spring and now seems sure to make the team as a lefty reliever. Pat Venditte being optioned to AAA had to be great news for Bergen. (Although, if you’re keeping score, that means that of the three major league contracts Farhan Zaidi gave out this winter, one of them has already been sent to the minors.)

Steven Duggar and Gerardo Parra appear to be locks for two-thirds of the Opening Day outfield, and that’s two-thirds of a pretty good defensive outfield. The Giants pitchers are happy about this.

Yangervis Solarte has had a good spring, is versatile, and seems very likely to grab a bench job.  Same with Alen Hanson, who is still toolsy, still young, and still out of options.

There are two scrums remaining that Dr Z will have to solve via trades or hard decisions. One is the battle for the remaining outfield spots in left field and on the bench. The other is the bullpen.

Left field/bench outfielder(s), affectionately known as “Team Desultory”: It’s been assumed that Mac Williamson, who is out of options and a right-handed power hitter, will be the Opening Day left fielder. Barring a trade, that’s probably still a safe assumption, even though Mac hasn’t exactly set the world on fire this spring (hitting .229 with a .661 OPS). Luckily for his chances, the other guys competing for outfield jobs have been just as bad or worse:

Three other outfield competitors, Mike Gerber, Austin Slater, and Chris Shaw, have already been cut (sent to minor league camp or optioned).  In this sea of mediocrity (and that might be generous), Garcia stands out slightly because of the power, and it’s worth remembering that he hit 25 bombs for AAA Nashville (A’s) last season. After his two-run homer yesterday, Garcia is still in the mix, according to Bruce Bochy.

Of this motley group, the only ones who can’t be sent to AAA are Williamson (out of options) and Ferguson (Rule 5 guy who has to be offered back to the Astros if he doesn’t make the team). Ferguson displeased Bochy by not getting a bunt down with a runner on second and nobody out in the bottom of the ninth yesterday, and he just doesn’t seem to be doing enough to make it worth the Giants’ while to keep him.  Hanson can (sort of) play left field and is out of options, and Solarte and Brandon Belt can play there in a pinch.

My guess: One way or another, Mac gets one of the outfield spots. There may still be a trade bringing in a new right-handed outfielder.

The bullpen is another scrum, but a much more appealing one. As noted above, there are likely five locks, six if you count Travis Bergen, unless…well, I’ll get to that. So two related questions: (1)Will the Giants keep 7 or 8 relievers? and (2) Who will they be?  In the mix are:

Let’s take the easy route and send Vincent, Black, Blach, and Beede to AAA because you can. But did you know that Blach is tied with Bumgarner for the team lead in strikeouts? Truth. Apparently that nifty new slider he worked on over the winter is quite the wipeout pitch. And yes, I’m talking about TY BLACH, not Ray Black, tied for the team lead in strikeouts. Nonetheless, the numbers game isn’t good for Blach making the Opening Day roster (for the first time since 2016).

But then things get tricky because the other three, Gott, Okert, and Stratton, are out of options, and the guess here is that none of them would end up back with the Giants if you expose them to waivers. Unless there’s a last-minute trade of Watson or Smith, Okert may be on the bubble. Gott is 26 years old, controllable for years, and having a great spring. Stratton is in that fuzzy sixth-starter-but-too-good-to-give-up-on zone. My guess is that they’ll figure out a way to keep Gott and Stratton, even if it means sending Moronta to AAA (he’s the only one in the “lock” category with minor league options) and/or putting someone (Melancon?) on the injured list to start the season.

It’s very hard to predict how this particular scrum is going to play out. The other factor to keep in mind is that the Giants will need a long man, and while they have plenty of choices (Gott, Stratton, Beede, Blach), none of those guys are on the “lock” list at this point.

The Giants look like they’ll have good-to-very-good pitching and team defense. The starting position players have a lot of Gold Gloves among them, and two others, Belt and Duggar, are excellent defenders. Really the only possible weak link is whoever plays left field, and that’s not so bad. As for the pitching, what the rotation lacks in sizzle, it makes up for with overall staff depth.

The offense, so far, looks as inept as it has in recent years, with the Giants near the bottom of the NL this spring in runs scored (14th), home runs (11th), strikeouts (fourth most), walks (11th), and OPS (12th). On closer look, though, maybe it’s not quite so bad. Remember that the team stats include numbers from guys who are already in minor league camp and/or will not make the team (see “Team Desultory,” the wannabe outfielders, above). But of the guys likely to be everyday position players, it’s actually not so grim:

See what I mean? That’s five of the eight starting position players, and that’s not so awful, is it? Let’s not worry too much yet about Buster Posey and Brandon Crawford, whose numbers are…less good, but let’s remember that both were named to the NL All-Star team last year, Crawford as the starter.

It’s Investors Weekend, minus Larry Baer, so all games are Scottsdale Stadium, and that might explain right there why Bart is still in major league camp. I can tell you that seeing him last weekend was a highlight of the trip for us.  Here’s the info and lineup on today’s game:

Cal Quantill vs. Andrew Suarez (I didn’t mention him earlier, but he’s going to AAA)

Before we sign off, our warmest thoughts and prayers go out to our good TWG friend Foothills Ryan on the loss of his dear mother this week. As the Book says, “though weeping may stay for the night, joy comes in the morning” (Psalm 30:5). May she rest in peace.

Thanks for reading, y’all. Enjoy this gorgeous spring weekend. Lefty out.