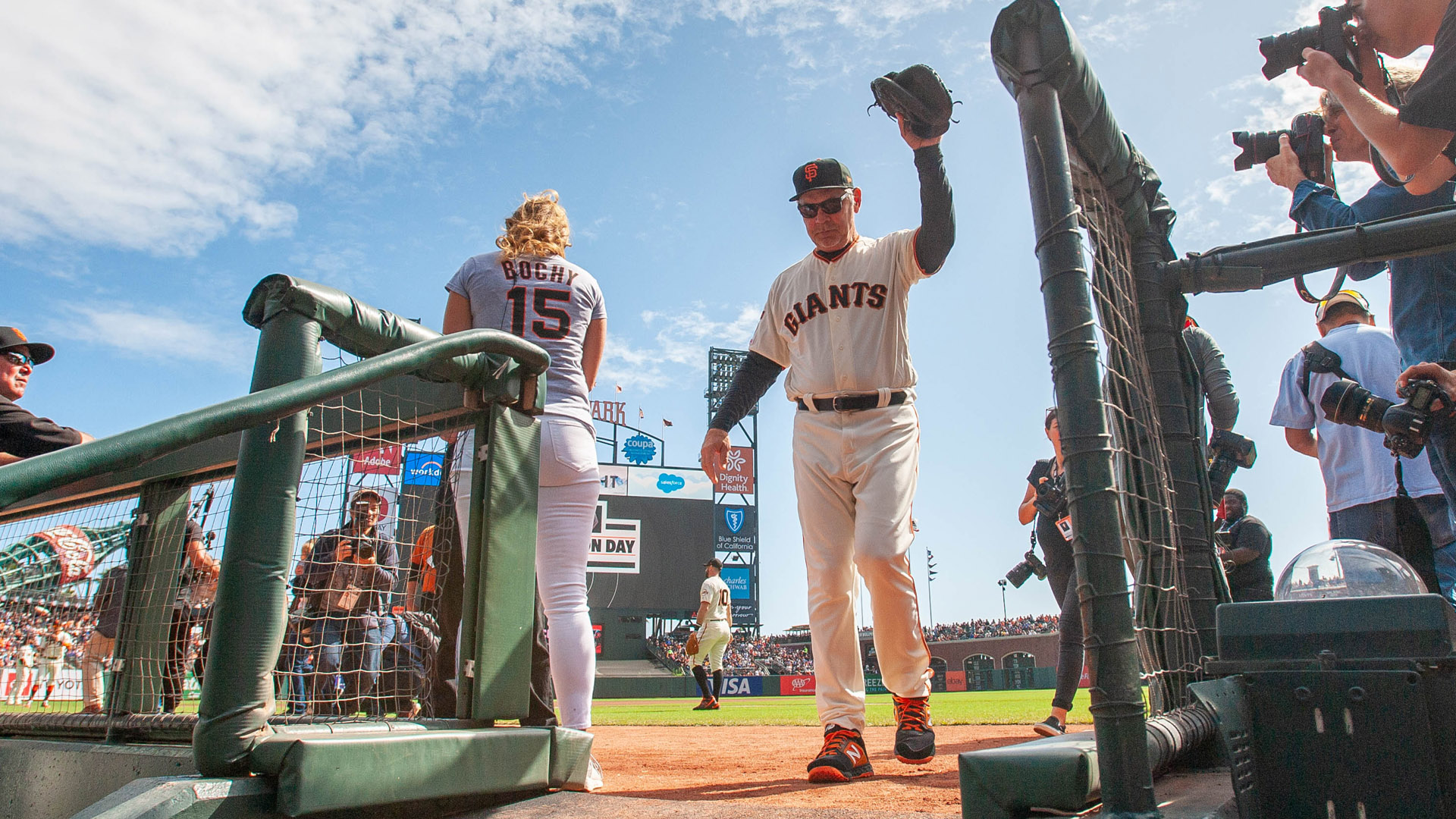 There is nothing like baseball. In no other sport do history and legacy matter as much. In no other game does the length of a season evolve into an epic story with every imaginable high and low. For most teams, these epics end in abject failure and bitter disappointment. When your team is the fortunate one to win the last game of the baseball season it washes away all those years of heartbreak and longing.

It’s impossible to summarize what yesterday meant to us all… The Giants did right by Bruce Bochy with a magnificent ceremony that reunited many of our heroes, from Javy Lopez to Gregor Blanco and Vogeltron.

Tim Lincecum was there. So were many other heroes of the Bruce Bochy Era. That’s what we should call the glorious run of three championships in five seasons. Bruch Bochy was more than just the Giants Manager of that magical stretch. He was a father figure, brother, and teacher to many, many more people beyond Buster Posey, Matt Cain, Sergio Romo and other players.

“It’s very emotional, man,” he said. “I’m sad and happy. I’m really happy to see everybody but it’s sad that that’s it.

Then there was the speech:

Here are some more ceremony highlights:

I’m still mad about the 9-0 loss and series sweep.

I’m not going to address the possibility that Madison Bumgarner played in his last game as a Giant, as a pinch-hitter no less.

Today is a day to remember and thank Bruce Bochy.