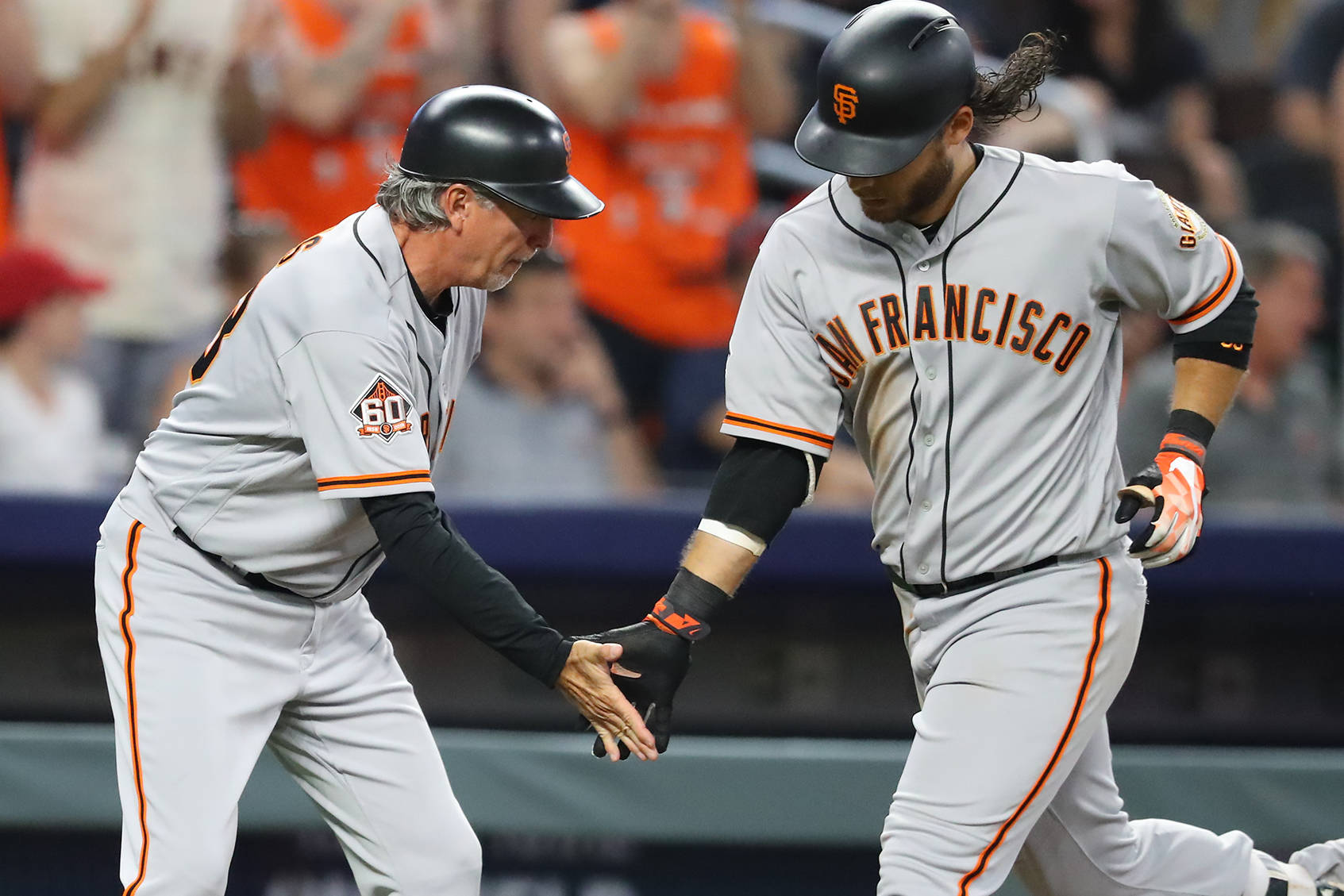 The Giants announced the completion of their Major League coaching staff. The group averages around 35 years of youth and is noted for their relative inexperience in the Major Leagues. There is a popular tweet out there that Ron Wotus has over 74 million years of coaching experience while the combined experience of the new Giants hires is about 14 days. Interestingly, Wotus has been retained, conceivably as the elder statesman and calm hand to make sure none of the young kids wreck their hotel rooms with wild parties on road trips..

But seriously folks, Farhan Zaidi continues to emphasize a youthful and fresh approach to rebuilding the Giants, from scouting and development to drafting and now the Big League club. The buzzword here is the DEVELOPMENT of Major League players. Frankly, I consider this emphasis to be a positive one. Even veterans can learn new approaches to their game and keep a fresh mindset on the field or in the batter’s box.

Here is the full list, by position with age in parentheses:

Note the position of Pitching Director, Mr. Brian Bannister. Presumably his role will be the development, coaching and implementation of a philosophy for both Minor League pitchers and hurlers on the big club.

These are not Brian Sabean’s Giants anymore, Dorothy.

What I would give to know the thoughts of Bruch Bochy and Brian Sabean!

Not much is known, in the Bay Area, about either of these hires and we can only hope that Farhan Zaidi and his team have chosen the best brains for our beloved baseballers. How’s that for an analysis!?

You can read more about the individual careers and backgrounds of guys like Kai Correa and Craig Albernaz here.

In the pre-Analytics days of Major League Baseball it was the norm for Managers to have the power to make their own hires for their coaching staff. Those days are LONG GONE! These hires and this philosophy all belong to Farhan Zaidi, Emperor and Supreme Commander of the San Francisco Giants Baseball Club. That’s an awful lot of power for one man. Gabe Kapler, the Giants New Manager, has basically been reduced to a submarine commander reading the orders from a computerized printout sent from Headquarters.

One assumes the printer is not a Dot Matrix variety.

In other news Willie Mays Field will now have its bullpens situated beyond the center field fence. The Kale Garden gets a reprieve. I guess the relievers will be able to grab a healthy snack in case of extreme hunger in the late innings..

OFFICIAL: The #SFGiants announced today the bullpens at Oracle Park will move from an on-field location in foul territory to a new location behind the centerfield wall in 2020.

The Giants also made an acquisition in the Rule 5 Draft:

With the 7th pick of the 2019 Rule 5 Draft, the #SFGiants select RHP Dany Jimenez from the #BlueJays: https://t.co/5hZzqFcPab pic.twitter.com/OXY7wnLy7v

The next Yusmeiro Petit?