Rumors, Sources, and the Horse’s Mouth 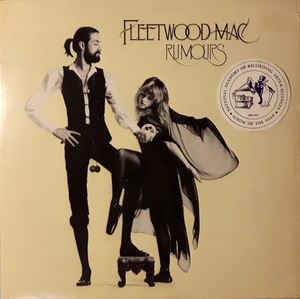 Another week and still no Giants news. Well, that’s not exactly true. As Greek Giant informed us, the Giants suddenly announced that they’d changed the name of their home park from AT & T to Oracle, effective immediately. Now we know how they could afford that $10 million video board upgrade.

But that’s not the news we care about. It’s January, we’re less than a month away from Fan Fest and barely a month away from pitchers and catchers reporting to camp, and all we’ve gotten so far is some non-tenders, some Rule 5 and waiver picks, and…drum roll…Pat Venditte for $585,000.

While there wasn’t any player-related news involving the Giants, there were rumors (Giants trading Joe Panik and signing DJ LeMahieu! Giants haggling with the Brewers over a package for Bumgarner!), sources (Andrew Baggarly speculating in a fulsome column for The Athletic about possible trades and signings for the Giants, Henry Schulman on KNBR with Gary and Larry giving his $0.02), and horses–as in the horse’s mouth, as in Farhan Zaidi on with Murph and Mac on KNBR yesterday.

We can dispose of a couple of these fairly quickly. LeMahieu signed with the Yankees yesterday, so he’s not coming to the Giants. The Brewers signed Yasmani Grandal to a one-year $18.25 million deal, which might make Bumgarner’s $12 million contract a nonstarter for them (more on Bumgarner in a minute). Russell Martin, Baggarly’s leading idea for backup catcher, was traded to the Dodgers instead.  So where does that leave us?

When pushed further in the interview, he also predicted that the Giants will trade Bumgarner but that it was more likely to happen in July than before the season. He dismissed an extension for Bumgarner as a non-starter. He also said the Giants will not give Bumgarner away just for one prospect–there would need to be an impressive return.  He also agreed with Larry that the Giants will basically return last year’s core because they’re locked in due to high salaries and no-trade clauses.  He described the Giants’ path as a “short-term rebuild.”

In his piece for The Athletic, published Tuesday, Baggarly took a deep dive into what the Giants need most and how they could get it. His ideas included the following, both in the free agent market and via trade:

We already know that Grandal and Martin have gone elsewhere. Schulman said in so many words “Forget about AJ Pollock”–not happening due to the draft pick and international bonus money losses. And Baggarly referred to an inside front-office label of “pulling a Rowand” with reference to Pollock.  Baggarly also acknowledged that Belt is particularly unlikely to be traded due to his contract (both money and partial no-trade clause).

I’m such a dedicated blog author that this morning I spent 19 minutes listening to Farhan Zaidi’s interview with Murph and Mac (and another 13 min for Schulman’s interview).  Here’s the link to the Zaidi interview, which has also been reported by Alex Pavlovic. (In fact, Pavlovic has three separate pieces about the Zaidi remarks.)

In case you don’t want to listen to all 19 minutes of it or read three articles, here’s a summary:

The only other piece of news was that the Giants avoided arbitration with Will Smith (yesterday was the deadline for that) and agreed to a $4.25 million deal–a bargain for a team wanting a quality back-end reliever.  Oh, and Pablo Sandoval was part of the annual “Game Changers” ceremony in which Bay Area athletes nominate someone who’s had a big influence on their careers. He honored Bruce Bochy, and Dan Brown (now writing for The Athletic) wrote a fantastic piece about Sandoval’s relationship with Bochy.  (My favorite part was Pablo pointing out that Bochy played winter ball in Venezuela in 1986…and Sandoval was born in August of that year, so maybe Bochy was literally his dad, not just spiritually.) Oh, and this line:

So…from the horse’s mouth, “something” will happen before I have to fill up this space next week. Here’s hoping!  Lefty out.