Shame on the Giants! Shame on Zaidi! Shame on Ownership! 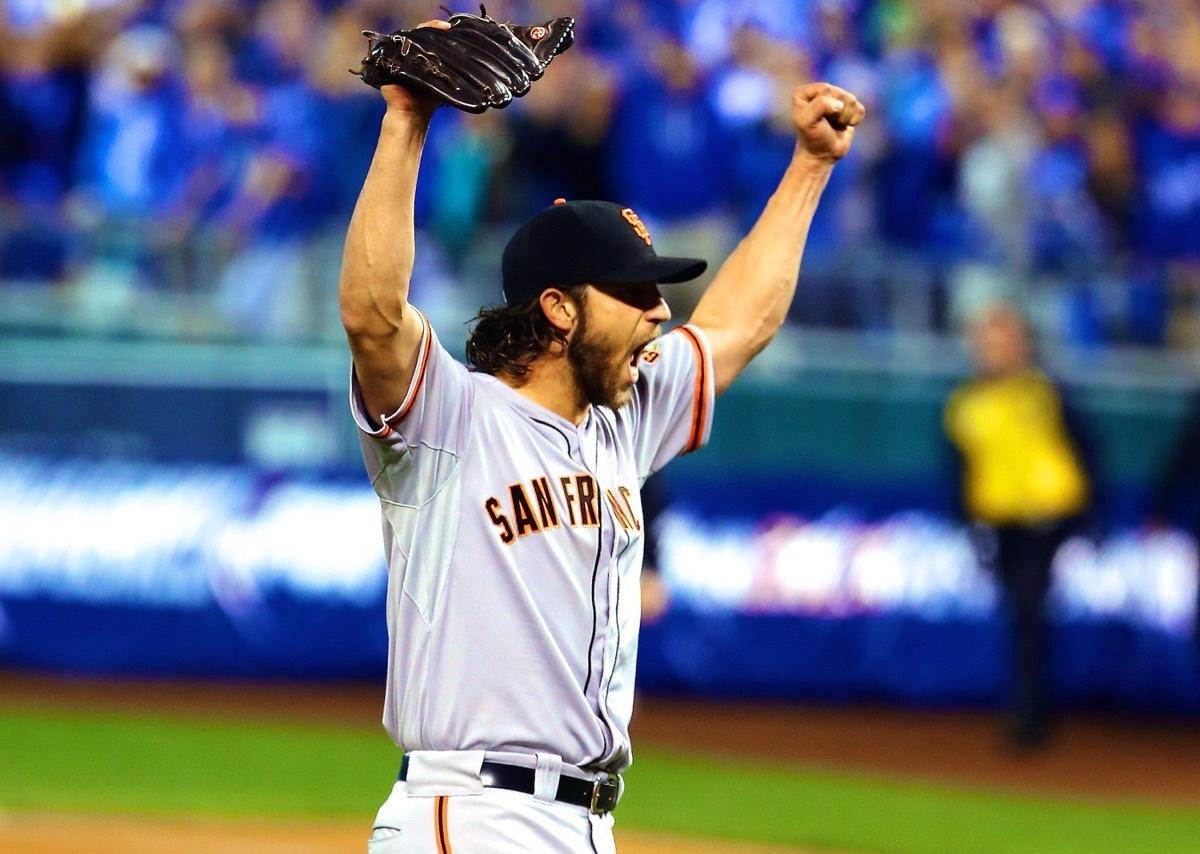 There is no excuse for letting Madison Bumgarner walk off into the Arizona sunset.

There is no excuse for running a franchise/baseball legend within a whisper of his peak and with plenty of pitches left in his golden arm, out of town as if he were some middlin’ veteran past his prime!

I don’t blame Farhan Zaidi. He has demonstrated a cold-blooded calculus to managing and running a baseball franchise like the Giants. It is who he is. Get ready for stupid pitching changes and a revolving door of bullpens. Get ready for endless roster shuffles. The Giants hired a guy who thinks and acts like invented the game of baseball.

We saw this coming when Zaidi chose, of all the possible excellent candidates to replace Bruce Bochy, a guy who was run out of Philadelphia and who arrives with a cloud of controversy concerning the handling of a potential sexual assault, a guy who is a personal friend at that.

No. The Madison Bumgarner loss is not on him.

This on Giants ownership. This is on Principle Owner, Greg Johnson.

Here is the official Giants statement on Bumgarner:

We thank Madison for all that he has given to the Giants and the Bay Area community and we are deeply grateful for the success, excitement and memories he created over a remarkable 11-year period in a Giants uniform. He played a leading role in all three of the Giants’ World Series championships this decade, but none as memorable as his performance in 2014. We will always cherish his epic 2014 postseason run when he earned both NLCS and World Series MVP honors by carrying the team and all of Giants nation toward a third and historic world championship. He will be forever recognized as one of the greatest pitchers in the 138-year history of the Giants. We wish him and his wife, Ali, all the best as they continue their baseball journey. He is truly a forever Giant.

It appears the decision not to retain MadBum was made sometime early last year and as a result of Whit Merrifield’s line drive that broke Bumgarner’s pinky on the last day of Spring Training. For some reason, ownership got a little jittery because of this freak injury that in no way (as far as we know) affected the big lefty’s ability to pitch. It is now also clear that Bumgarner was estranged from ownership after his infamous dirt bike injury in Colorado and his very aggressive rehab for both injuries. It is entirely possible that a beautiful relationship went downhill quickly, with feelings and details coloring today’s reality in ways we will never know. It is also rumored that Bumgarner was not happy that his team-friendly contract was not re-negotiated by the Giants after the 2014 World Series.

Not one of these reasons is enough to justify letting a franchise icon, a winner of three World Series and one of the most competitive and exciting baseball players ever to wear a Giants uniform, leave the team in this manner.

Let’s get this straight: No single Giants player was more responsible for three rings in five seasons than Madison Bumgarner.

If the Giants had strong ownership, an owner with guts, vision and an understanding of the legacy and history of one of the most beloved and exquisite franchises in professional sports anywhere, this never would have happened. If the Giants had an owner with a sense of stewardship embedded in his or her understanding of the role of “owner” Madison Bumgarner would have been retained with a lifetime contract and no dollar would have been spared to make it a reality.

Instead, what the Giants now have is a board of directors, a group of faceless, cowardly, and uninvolved billionaires and millionaires letting a little college schoolboy run their team as if it were a business graduate school project called “Innovative Ways to Ruin a Storied Major League Baseball Franchise.”

Forget all the bitching and moaning about the Sabean and Evans era. Just forget it.

Those of you whine about the dreary seasons of 2016-2019 forget very quickly what magic Sabean produced. The Giants won three world series in five seasons and were the first National League team to achieve this feat since the Cardinals during the World War II era when Major League rosters were highly warped and wafted.

This would never have happened under Brian Sabean’s watch.

Yes, the post 2014 Giants have been mostly awful. Yes, the veteran core has already begun a precipitous decline in talent and results on the field. Yes, it was time for some changes, maybe even a rebuild.

But, those who claim you can’t have both (keeping MadBum and rebuilding the team) are simply wrong. Will someone explain to me how one of the richest teams in baseball with gazillions of luxury tax room can’t keep their best player and stud competitor, their biggest star on the team AND rebuild with young talent around him? It’s not exactly like Bumgarner is totally washed up in the way that 2015 Tim Lincecum or 2017 Matt Cain were. Even if Bumgarner was finished as an effective starter, which he is not, it still makes sense to keep him on the team as a symbolic and talent bridge for the next group of players.

For people with a nuanced understanding winning baseball games, for those with an appreciation and respect for the history of Giants baseball, letting Bumgarner walk is simply unforgivable. It’s enough to change allegiances to another team.

Congratulations Farhan, Greg and the Giants board of directors. You just made the San Francisco Giants into the Oakland A’s.

With your short-sighted decision to let the greatest pitcher in World Series history walk in the middle of his career this will be very hard, maybe impossible, for fans like me to ever get over and accept the fate of the team as it now stands. I don’t care how many rings we win or how many dollars the team makes, one of the reasons I love the Giants so much is that they are supposed to be a team that honors and respects its past. The Giants are supposed to be the outlier in a world of blind greed, short-sighted business decisions and sickly hype. In short, the Giants are the alternate lifestyle of Major League Baseball: They do things their way, with grace, with class and in the best park in baseball, in the best city in the country.

That image, that identity just went up in smoke once the decision was made to let Madison Bumgarner walk.

I want the Giants.

I want my team back!