Well, That Was a Week 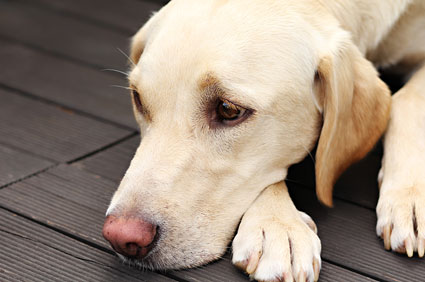 In my post last week, I acknowledged that Bryce Harper to the Phillies appeared to be inevitable. I was surprised by the last-minute flurry of drama (Dodgers flew to Vegas! Giants flew to Vegas! Phillies fans vent angrily about how they’re going to boo Bryce forever!), but in retrospect, I shouldn’t have been. It is a Scott Boras client we’re talking about, and this is how he rolls.

I could not have imagined that the Giants not getting Bryce was only going to be the second-biggest news of the week. The Larry and Pam Baer turn on TMZ yesterday has already been discussed everywhere, and honestly, I’m too bummed to get into it here. I have nothing to add. I’m just–bummed. However, I recommend The Athletic pieces by Tim Kawakami and Andrew Baggarly if you subscribe–I felt that both did a thoughtful job with a difficult topic–and the coverage by Henry Schulman or Kerry Crowley if you don’t.

Let’s talk instead about the sans-Harper Giants, and I’m not sure anyone has noticed, but they’ve played really well in the Cactus League so far. After seven games–and losing the first two in lopsided, depressing fashion that seemed all-too-familiar–they finished tied in the third game and since then have won four straight behind good pitching and some long balls that provided separation. At 4-2-1, they’re a half game out of first place in the Cactus League.

Despite the news from SF and the no-rose from Harper, it was a good day for the Giants. Buster Posey played in his first game since August 25 following major hip surgery and looked good doing it, catching three innings, hitting a bloop single, and going from first to third in a manner that while not fast, at least looked healthy for an almost-32-year-old catcher.

On the day that Buster played his last game in 2018 on the same day, I wrote a post for that day called “Buster Hugs,” and among other things, I said this:

When a 31-year-old catcher has surgery of this substance, there are always worries that it could be career-ending or at least career-behind-the-plate-ending. We’ll have to see how it goes, but I’m not betting against Buster. His leg and ankle injury in 2011 was devastating, and everyone feared it was career-threatening. But Buster had the best medical advice, the best work ethic, and a strong drive to play again.

Barring a setback, it certainly looks like Buster and Bum will run out together for Opening Day at Petco Park on March 28. This surprised even Bumgarner, but Posey had the final word (from Alex Pavlovic’s gamer).

“I always tell him catchers are a lot tougher than pitchers are,” Posey said, laughing as he looked over at Bumgarner.

Buster’s return to action was the biggest news in last night’s game, but there was more. Bumgarner gave up a leadoff homer but then settled down to pitch three sharp innings, striking out five. I thought his command looked good and the velocity was fine. The game also marked the return to action for young Steven Duggar, whose season-ending shoulder injury happened just three days after Buster’s final bow of 2018. Duggar is reportedly under strict orders not to dive for anything–not a ball into the outfield and not back into a base (which is how he hurt his shoulder last August)–but he managed to manufacture the Giants’ first run with a walk, a stolen base, an advance to third on a bloop hit to left, and a wild pitch that allowed him to score. If all goes well with him, he’s envisioned as the Giants’ ideal leadoff hitter, and in his first game back, he played the role well.

Mark Melancon, Sam Dyson, and Nick Vincent also made their first spring appearances out of the bullpen. Melancon started off getting hit hard, giving up a homer and a triple to his first two batters, and there was a lot of eye-rolling in the Lefty living room, I can tell you. But he did strand the no-outs triple, so good for him on that. I’m still from Missouri when it comes to Melancon.

Tyler Beede was the Giants’ first-round pick (#14 overall) in 2014, and Chris Shaw was also a first-round (compensation) pick in 2015. Both of them have fallen pretty far off the prospect radar after disappointing (and that’s being polite) 2018 major league debuts. In fact, after years as a top-five prospect for the Giants, Beede was all the way down to #24 on the MLB.com top-30 list released earlier this week.

So far, though–and it’s early yet–Beede is one of the surprises of camp. He’s gone back to what made him first-round-draft-pick material in high school and college, relying on a high-octane four-seamer to set up good secondary pitches. Here’s what Bochy said after Beede’s first Cactus League outing (two scoreless innings):

“I think the shining star yesterday was Beede”, Bochy said. “He’s been throwing the ball very very well and carried it into the game. He had a good breaking ball, threw 97 (mph) with a changeup, he’s got three plus-pitches. It’s time for him to step up, last year was a tough year for him, but there’s no way this guy should struggle. This guy should be a one, two, or three starting pitcher in the big leagues.”

Last night’s outing was a little messier for Beede, with two wild pitches, one scoring a run and costing him a blown save. But so far in two appearances he’s pitched four innings with five strikeouts, one walk, and two hits allowed. The stuff looks nasty, and several observers last night on Twitter were comparing him to peak Ryan Vogelsong, and we’ll absolutely take that, won’t we?

From the center field camera, Beede's motion and mechanics look just like Vogelsong.

As for Chris Shaw, he came up for a September look-see after two straight seasons of hitting 24 homers in the minors (AA/AAA). It was reported at the time that GM Bobby Evans wasn’t sure he wanted to promote Shaw, feeling he might not be ready, but when Andrew McCutchen was traded to the Yankees on Aug. 31, there didn’t seem to be any reason not to give Shaw a shot. Turned out that…Shaw wasn’t ready, hitting .185 and striking out 23 times in 61 plate appearances. So far in the Cactus League, though, he leads the Giants in homers with two, including this Bondsian game-winner last night–off Giant-killer Odrisamer Despaigne!

That kind of easy power lingers in the mind of a GM and a manager, and that’s why we also shouldn’t worry too much yet about Mac Williamson only having one hit this week because the one hit was THIS.

And in “the future is bright(er)” category, there was this “grown-ass man” (h/t Baggarly) bomb by top prospect Joey Bart.

So–yeah. No Harper. Still no position player additions to the major league roster, remembering that Solarte, Parra, and Maybin are all here on minor league deals for the moment. But Buster is back, Bum looked like Bum, Beede’s one to watch, and some of our young sluggers are slugging. It’s still Giants baseball.

Stay with me because this is a little complicated. The home game features the return of Hunter Pence, who is confirmed to be on the Rangers’ travel squad today.

In the other game, Manny Machado makes his Padres debut.

It’s pouring down rain here this morning in Northern California, but my next weekend post will come to you from (hopefully) sunny Scottsdale! I can’t wait. Lefty out.