Why the Giants Should NOT Trade Madison Bumgarner 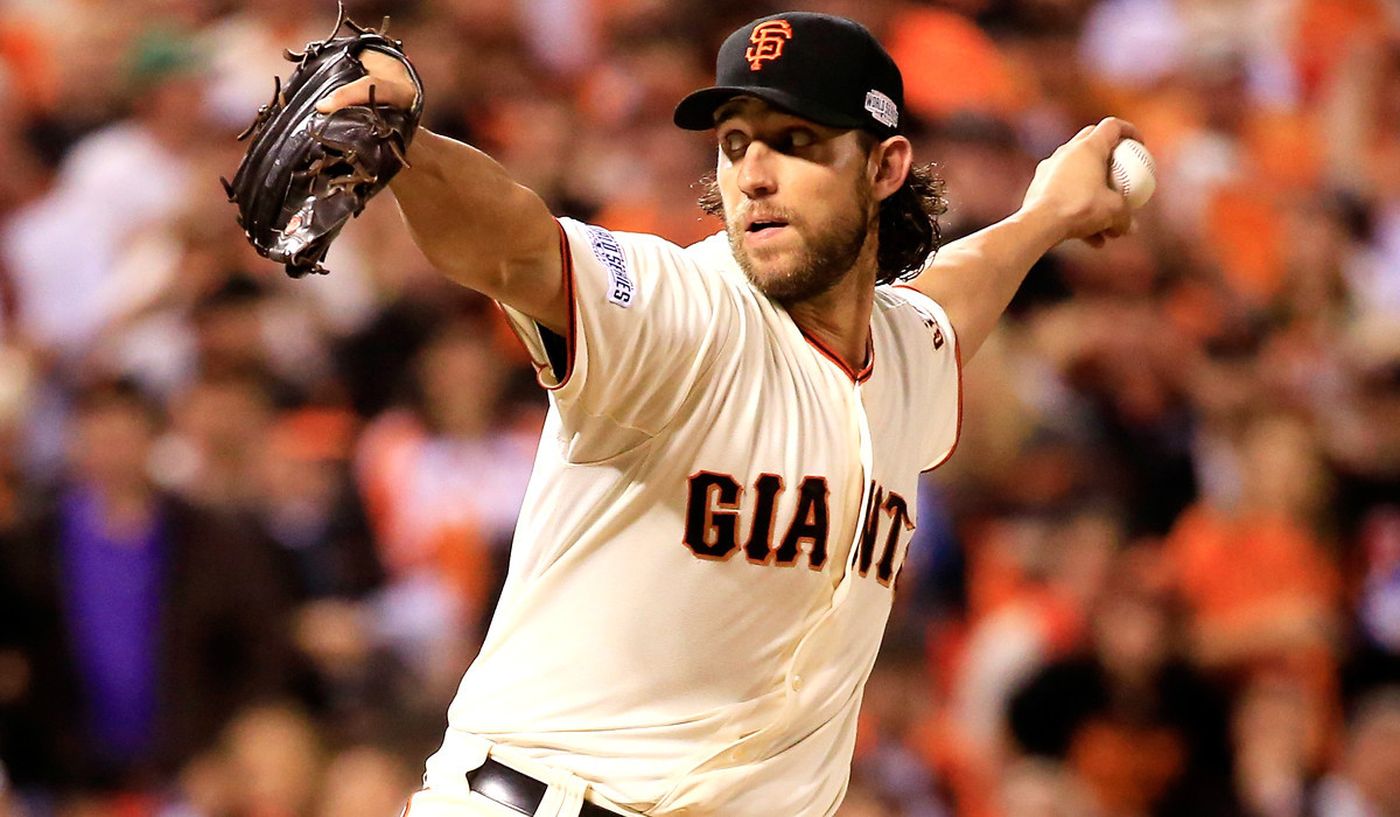 The San Francisco Giants would be foolish to trade Madison Bumgarner unless..

I’ll get to the “unless…” part in a bit but right now, with what most executives and journalists are saying, considering a few basic indisputable facts, the Giants would be making a colossal error in dealing their franchise icon, World Series hero of 2014 and quite possibly the greatest athlete in World Series history.

No, that’s not hyperbole!

Pro Trade Reason 1: The Giants need to rebuild their farm system and Bumgarner is their best trade chip.

First, the Giants farm system may not be as bad as most people think. With next year’s draft and last year’s picks, the Giants current system rating of about 15-20 is likely to move up to the top third of MLB. Trading Bumgarner for an incremental increase, albeit with greater high ceiling picks, in your farm system may not be the soundest logic, particularly when you consider few baseball executives now believe that Bumgarner will yield any top picks from any team’s farm system. Think about that! Most “baseball minds” think Bumgarner’s stock has fallen so far due to injuries and decreased velocity, not to mention age, that he would not even garner premium prospects. If this really is the case why on Earth would the Giants give up the heart and soul of the team and one of the two franchise icons (along with Buster), who people pay big bucks to watch at Willie Mays Field?

The last and perhaps most important reason to knock down this prospect-fetish fallacy is simple: In today’s MLB thinking prospects are over-valued. We have gone, in a few short years, from under-valuing high-level prospects to over-valuing them. Right now most teams are asking prices that are way too high for their premium Minor League talent and because of that prospect shopping means we are in a seller’s market, all of which bodes very poorly for a Bumgarner trade and what the Giants would be realistically able to acquire in return.

The bottom line: Bumgarner’s value is much greater to the Giants when you consider the second or third-level prospects they might acquire in return and when you add the risk of those prospects never panning out. How on Earth would it be OK to trade the greatest World Series pitcher of all time and the franchise icon?

Pro Trade Reason 2: The Giants should not re-sign a likely declining MadBum to a long extension for diminishing returns, therefore it makes more sense to trade him now.

The problem with this logic is that it assumes Bumgarner’s career is in decline. I, for one, do not take that as a given. His diminished velocity may be in part due to mechanical glitches suffered during rushed re-habs the last two seasons due to freak injuries not related to pitching. Granted, the shoulder dirt bike injury may have a long-term effect on his ability to get that fastball above 90 MPH and get good movement on his cutter/slutter. What has been especially concerning about Bumgarner since the dirt bike accident is NOT the diminished velocity. It’s the number of walks and the number of times he is pitching from behind the count that have occurred since. They are all up (trust me). Let’s argue that Bum’s velo will never improve and that he will have to change how he pitches, all worst-case scenarios and not givens. Even with these facts my money is still on Bumgarner being able to evolve and pitch better than either Tim Lincecum or Matt Cain could when their fastballs were heading towards mortality. I believe Bumgarner is a better athlete than both and provides value as a good hitting pitcher, an experienced champion and as a franchise icon, all of which lead me to my conclusion:

Madison Bumgarner’s value to the Giants is greater and more likely to be permanent than anything he would garner in return in terms of prospects (see above). It is important to understand what I mean here by “value”. Bumgarner sells jerseys, puts eyes on the TV and people in the seats. He is part of the greatness of the current Giants brand and that is value that is difficult to put a price on. The aggregate result regarding MadBum for the Giants is much greater than pure on-field performance. You simply don’t deal off that value for high-risk second and third-tier prospects.

Lastly, the Giants can afford to pay Bumgarner whatever he wants and they should do so for the simple reason that he has given the team and the city his all, his heart and soul along with three World Series titles. He put his career on the line in pitching so frequently in the 2014 postseason, a postseason in which he evolved into an immortal to bring home the Commissioner’s Trophy.

Because of this Bumgarner deserves to get paid in accordance with his recent accomplishments, especially considering his team-friendly salary that under-valued his performance. My reasoning here is only partly sentimental. While I believe proper stewardship of a baseball team requires a minimum of sentimental reasoning, in Madison Bumgarner’s case one must make an exception. It is likely we will never see a pitcher achieve such glory in the World Series again. What Madison Bumgarner accomplished in 2010, 2012, and 2014 is simply incredible in the literal sense, as in “not believable.” You don’t deal immortality like that away, unless…

Here is the one caveat where a deal MAY make sense (and I still would not pull the trigger on it): The Giants get an unexpectedly superb return with at least one star Major League star everyday player and one A-List premium prospect and perhaps two B-list prospects and then re-sign MadBum when he is a free agent at the end of 2019. There are still many gambles there but it may make sense in such an unlikely scenario. It is a scenario that the Yankees pulled off in their Aroldis Chapman trade to the Cubs in 2016 that netted them premium prospects before they would re-acquire Chapman as a free agent the following season. Unless such a situation is possible for the Giants it would be, based on the information I have as an outsider, a colossal error for Bumgarner to be dealt.

Is this the type of risk Farhan Zaidi wants to make in his first year as Giants Head Honcho of Baseball Ops?