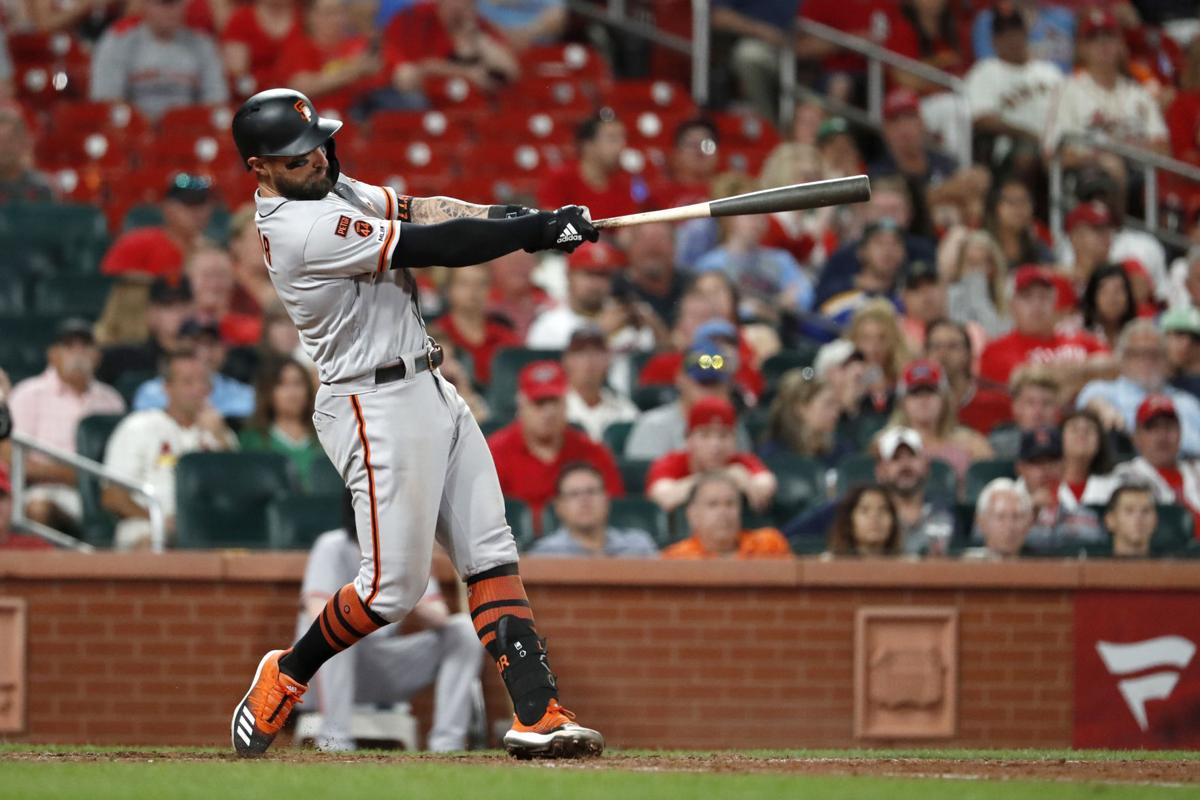 There were many heroes in last night’s fun-filled back and forth ballgame that ultimately resulted in a thrilling win for the Giants. Kevin Pillar hit a long two-run bomb in the top of the eighth inning to snatch victory from the Cardinals beak of defeat in what is continuing to be a standout career year for Superman, the Giants center fielder. The dinger was Pillar’s 21st to go with 78 runs batted in, sterling defense in center field and superb base running.

Kevin Pillar, for my money, is easily the Giants MVP of the season.

Brandon Crawford hit a three-run blast and Mike Yastrzemski also went yard.  Madison Bumgarner was not exactly on fire last night but this was yet another one of his starts that led to victory.

Will Smith pitched a nerve-addled ninth to seal the deal for his 31st save.

With the win Bruce Bochy’s 1,993rd, the Giants manager is one step closer to approaching that magical 2k milestone.

There is so much more to write about last night’s game, appearances by Chris Shaw and Jaylin Davis (his Major League debut), the state of the roster movement and its impact on Sacramento in the midst of a postseason run, the work of the bullpen, and so on. It was a great game to win and it restored a bit of fun to the season.

Words can’t describe how I felt today. I’ve been dreaming of this moment every since I pick up a baseball and today that dream came true. 9/4/19 will be a day I will never forget. Thank you to everyone who reached… https://t.co/AR19VKE2BU

Today the four game series wraps up with Logan Webb on the mound for San Francisco. The Giants are playing for a split after dropping the first two games in very depressing fashion.