A Bad Day at the Yard, Philadelphia Style 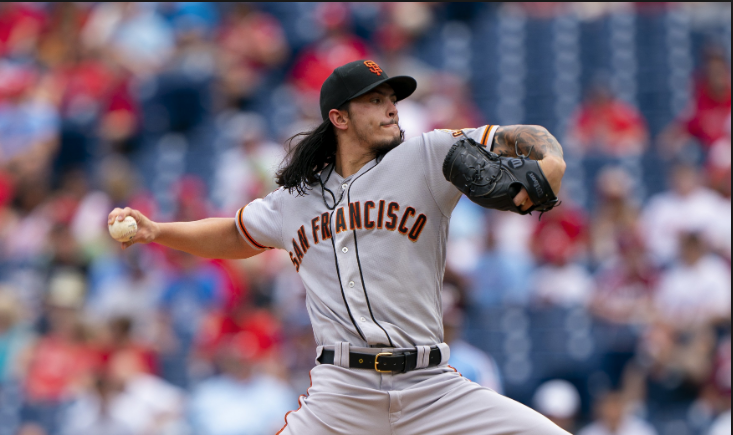 There have been some excellent threads, as usual, in our commentary concerning the futures of Joe Panik and Dereck Rodriguez. Yesterday D-Rod had a very bad day at the ballpark.

No need to rehash the outing for Rodriguez: 3 innings pitched, seven runs, four earned. There was a critical Brandon Crawford error on a tough play on a ball hit by the pitcher Jake Arrieta.

The Giants were never in this game but they did get to see debuts by pitchers Selman and Gustave, both of whom looked promising despite mixed results.

Now about those comments and speculation about what happened to D-Rod after a sterling debut in 2018… Here are some of the theories floating around the twgsphere:

The Trade Deadline for the Giants

I was going to write a lengthy piece about the trade deadline and Zaidi’s dealings but I will leave that to the fabulous Dr. Lefty for tomorrow.

I do, however, want to note the letter Farhan Zaidi wrote to Giants fans about those deals, all of which, are wins for the Giants in my humble opinion:

With the news that Scooter Gennett will be joining the Giants tonight in Colorado it appears Joe Panik is about to get offered a demotion to Sacramento. Because of his service time he has the right to refuse the assignment and become a free agent. If he does, the Giants will lose him altogether. Oh my how fortunes can fall in the Major Leagues!

It was only four years ago (well I guess that is a long time!) that Joey Baseball was seen as our perennial star second baseman who would win gold gloves and hit key homers while batting close to .300 for many years. Along the way something happened and I am not sure what. There are murmurings about nagging back issues, Panik’s decline in range and power, his sudden switch to wearing his uniform pants very high… Whatever it is one can easily see that Panik has not produced like he has in the past and Mr. Zaidi is not going to sit idly by and hope he returns to form. The Gennett pick up is huge when you consider the ceiling for such a player and that the Giants gave up nothing but some cash to acquire him.

Word has hit the mean streets of Together We’re Giants that Disqus is shutting down and our site is in danger. Nothing could be further from the truth. Disqus is a third-party entity that offers a very good comments platform but is not necessary for the function of Together We’re Giants in any way. Our site operates independently from it and if Disqus were to shut down, which it is not, the crack team at TWG central could replace it within a couple hours. Disqus is not shutting down but it is closing its communities, which have nothing to do with us or its comment platform that we all use to interact, humble, question, razz, prop up and generally love each other.

The worst-case scenario is a switch to another format where commenters would simply have to sign-up. Together We’er Giants is independently-owned and operated by yours truly.

Tonight the Giants begin a three-game series against the Rockies in Denver. Notice I did not use the words “critical” or “key” or “crucial.” Let’s assume that all the games from here to the end of the season qualify for these and other adjectives of import.