A Little Two-Out Thunder With a Dollop of Bumgarner 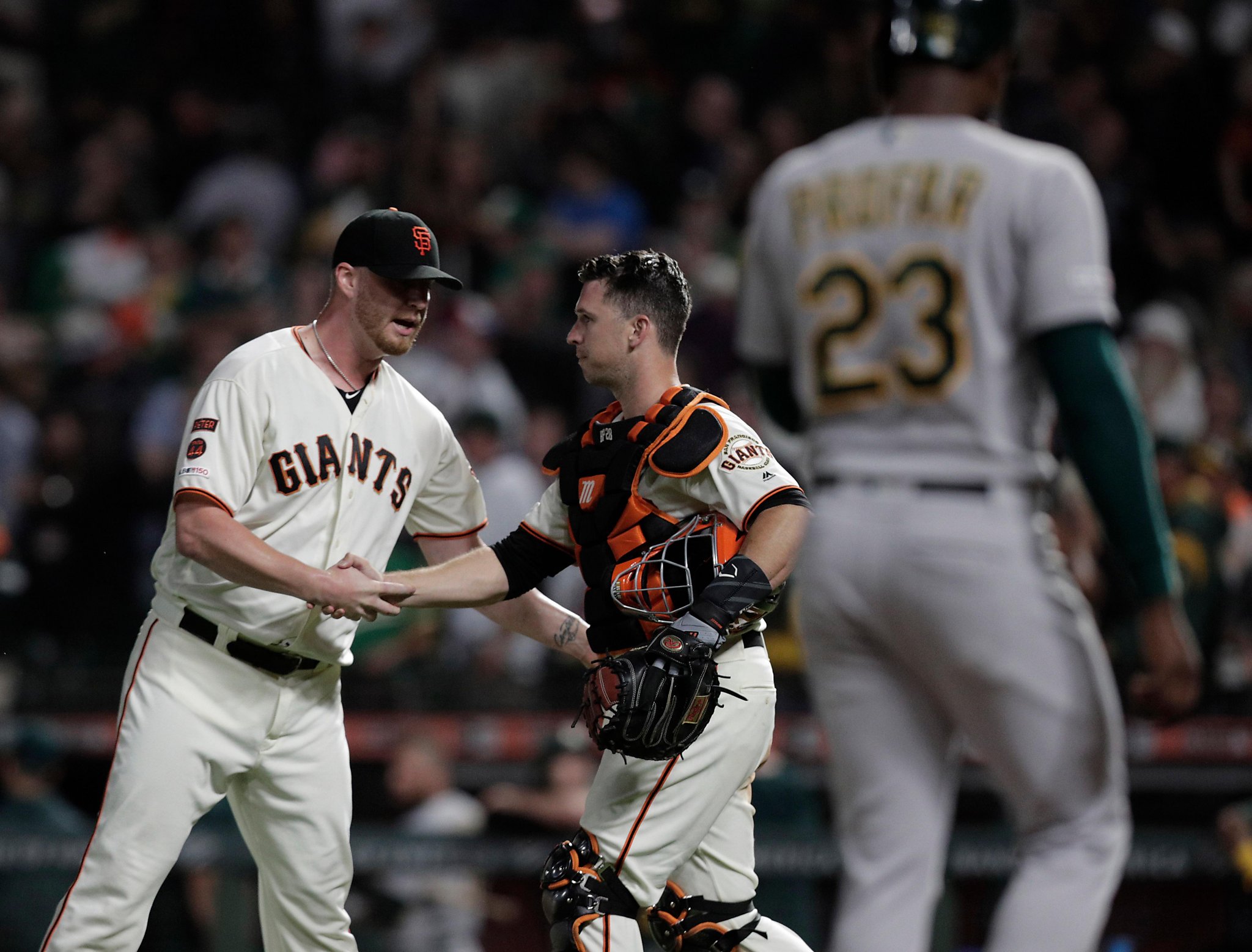 It’s a very rare event these days when I stay up to watch a week night home game. Last night I felt it was my duty to do so. It was worth it. Madison Bumgarner pitched one of his best games of the season so far, going seven and allowing only one run with nine strikeouts and zero walks. He was downright masterful against a surging, aggressive and powerful Oakland Athletics lineup.

In the top of the seventh inning, having already thrown 85 pitches, we saw what makes MadBum special. He retired the first two batters on weak pop-ups with 3-2 counts. Then he retired the last batter of the inning on a strikeout on a cutter after a very tough and stressful inning for only three batters. Bumgarner was force to come back in counts and challenge hitters when everyone in the world knew he had to throw a strike. In each case his stuff and deception got the better of the heart of the A’s batters.

Bumgarner had a superb cutter and perhaps his best curveball of the season. He mixed both pitches with the odd fastball up in the zone and in on right-handed batters, getting the best of all of them with the exception of Stephen Piscotty, who put up a sensational at-bat to beat Bumgarner on a fastball up and in for a home run in the top of the fifth.

The Giants had a very fun bottom of the sixth inning after looking helpless and lost against Athletics starter Brett Anderson up to that moment. With two outs Buster Posey doubled into triples alley (When Buster’s batting let’s re-name it “doubles alley”). Then Evan Longoria followed up with a double of his own, to be driven home by another double off the bat of Kevin Pillar.

Scooter Gennett drove home a crucial insurance run with a sacrifice fly in the bottom of the seventh.

The Giants bullpen would make it hold despite a rocky ninth by Will Smith, who, courageously managed to work through a few hits, a bout of command loss and other general misfortunes to record the save in a very exciting ballgame.

Today’s game features Tyler Beede against Homer Bailey for the A’s. Game time is 12:45 PM as the Giants are hoping for a 5-4 home stand.