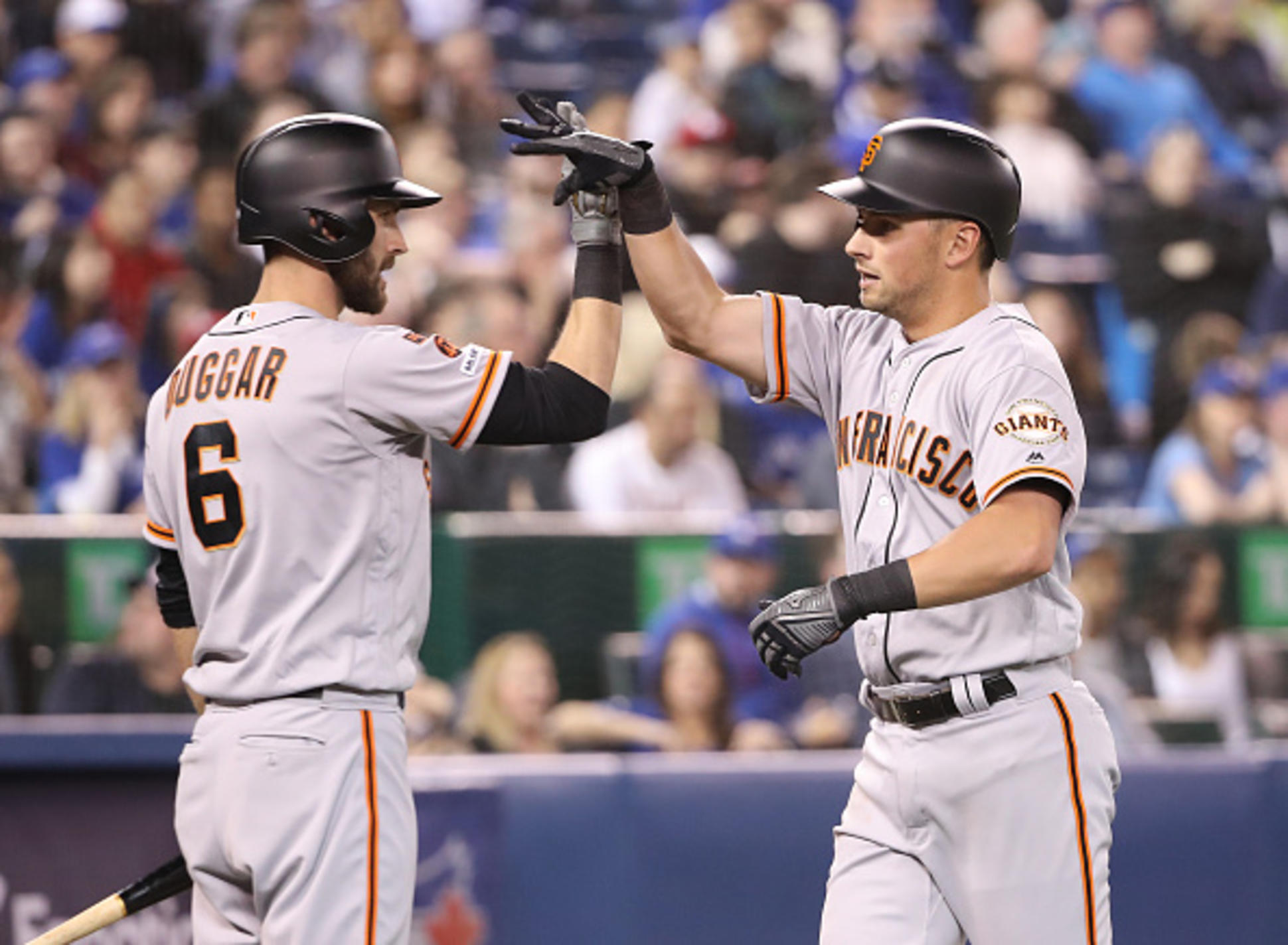 The Giants of San Francisco defeated the Blue Jays of Toronto 7-6 behind four home runs and a three-hit game by Pablo Sandoval. This was the first three-hit game by a Giant since Willie McCovey had four hits against the Reds at Candlestick in 1977. It was the first time four Giants homered since 1964. Just kidding on both counts but it’s been three seasons since the Giants hit four homers in a road game.

The Giants played an American League style game in their first road Inter-league contest of the year. At times it felt like I was watching an Angels-Mariners match-up.

Joe Panik, Pablo Sandoval, Brandon Belt and Evan Longoria were the bashers on this day. Each hit a solo blast. Each homer was crucial in the margin of victory due to a glitch in the baseball matrix at Skydome when Tony Watson gave up a grand slam in the bottom of the eighth inning to Rowdy (Rowdy?!) Tellez.

The Blue Jays gave Kevin Pillar, who had an RBI single, a loving tribute full of highlight clips during the game. The former Blue Jay was nearly in tears as a result of all the Toronto love. Fans came dressed wearing capes in honor of Superman’s (Kevin Pillar’s) past exploits in center field.

Jeff Samardzija pitched 5 1/3 innings allowing two runs and recording five strikeouts. Everything seemed to be going according to plan in the game with the Giants attacking pitches and scoring runs in a shockingly effective and efficient manner, until the Torontonians made it a ball game and provided Giants fans with a good bit of torture, circa 2010.

Joe Panik broke a very long homer-less streak of 241 at-bats in the game. It was getting serious. Panik had three runs batted in for the night.

Today the Giants complete their eight-game road trip with a 4:05 start in Toronto. Drew Pomeranz faces Clay Buchholz in a match-up of former Red Sox.