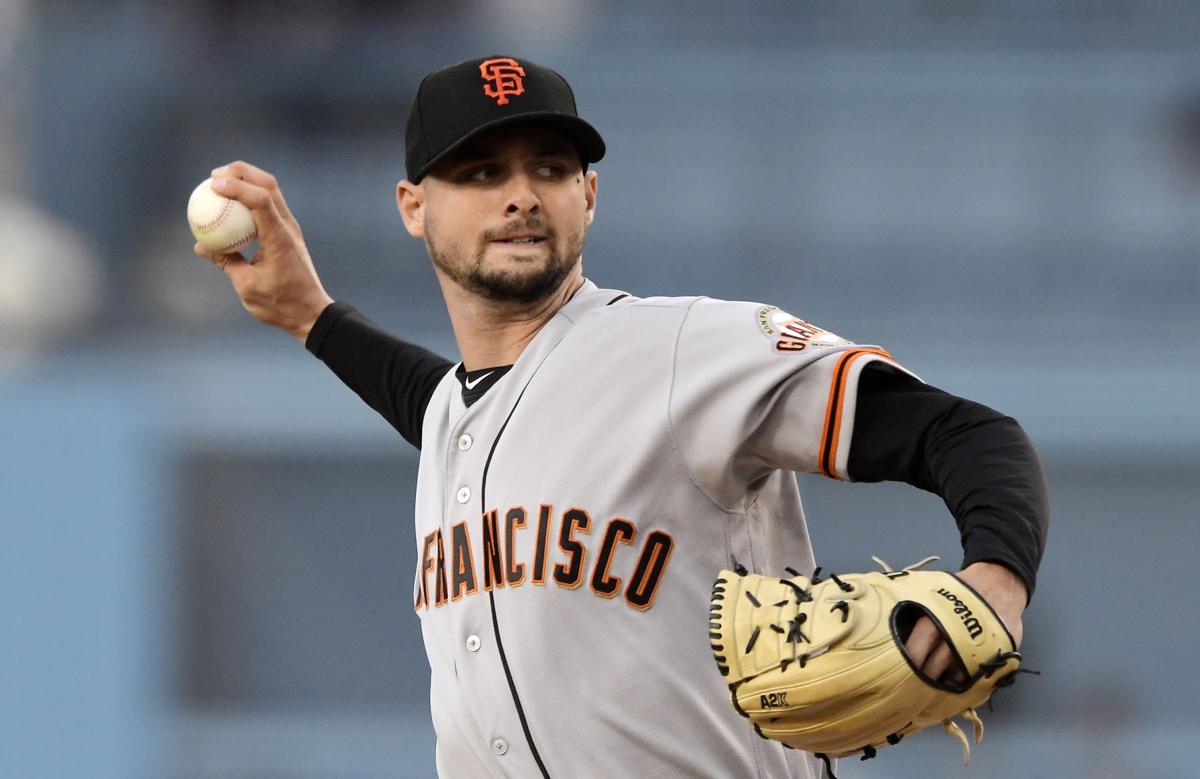 Tyler Beede pitched six innings and allowed only one run to earn his first Major League win at Dodger Stadium. That sentence is a mouthful and does not tell the full story. Beede is the first Giant starting pitcher since Shawn Estes to get his first win in Tinseltown. Larry Carter and John Burkett are the other Giants to get their first big league victory at Chavez Ravine.  Last night Beede utilized his rising fastball effectively, hitting 95 and 96 MPH routinely and confusing the Dodger power hitters (except for Muncy’s homer) by pitching hard and in to the lefties for the most part. He was challenging hitters rather than pitching not to lose or nibbling. It was quite a sight and an impressive outing. Though his command was not perfect, Beede was able to mix his change up and curveball effectively to stymie the big Dodger Boppers. Since he was around the plate, effectively wild (5 walks, 7 strikeouts) if you will, the Giant right hander and Vanderbilt alumnus was able to keep the Dodger hitters honest.

Brandon Crawford hit a two-run double and The Giants added a much-needed insurance run in the top of the sixth on an error by Dodgers’ shortstop Chris Taylor. The Giants had only three hits on the night but with Crawford’s knock, they were able to find the big blast with men on base.

The story of the game is Tyler Beede, a first-round draft pick and a sizzling arm that has seen its ups and downs in the Minors and in brief stints in the Show. On this night Beede was able to settle his nerves and pitch. The result puts the Giants back on the winning track.

Will Smith earned his 19th save in 19 chances.

Coming into the game the Dodgers had the best home record in the Majors at 28-8.

Pablo Sandoval had to receive stitches in his pinky after getting spiked. X-rays were negative. On that play, The Kung Fu Panda had to make a very long stretch up the first base line to corral Brandon Crawford’s throw on a spectacular play that ended a potential Dodger rally.

Pablo’s hand got stepped on 😳 pic.twitter.com/xW9pe1bRfr

Tyler Beede is feted by his teammates after the game: