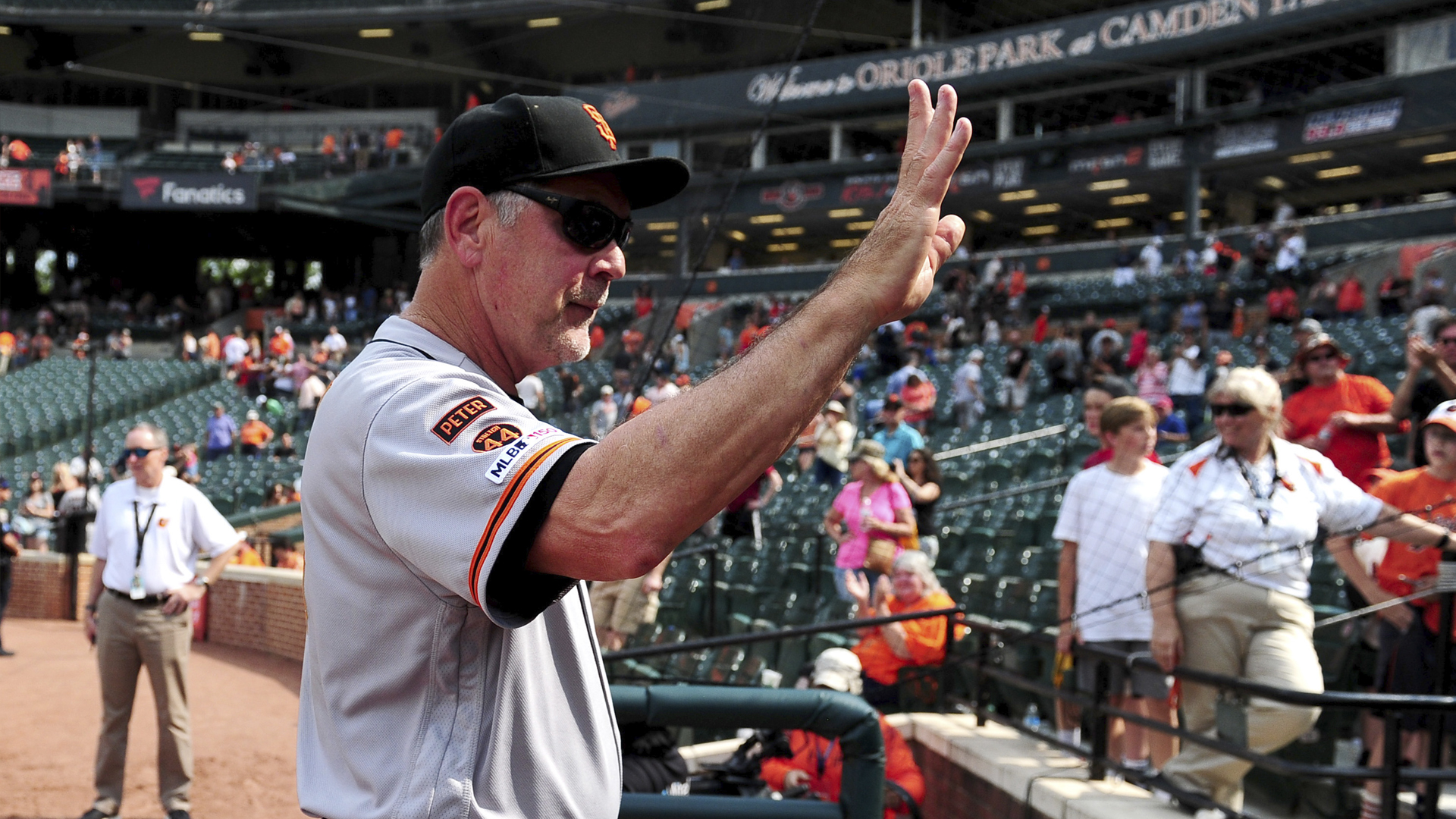 The Giants won their 1000th game with Bruce Bochy as their manager last night, beating the New York Mets 9-3 in ten innings. This was a fun-filled affair with the Giants getting big hit after big hit with runners in scoring position. When was the last time you read a line like that in reference to the Giants? Hint: it’s been a while.

Last night Madison Bumgarner started and looked to be on his way to another legendary MadBum performance in the Big Apple. We all remember the 2016 NL Wild Card game, just the latest feat of will and power by the Giant North Carolinian. Bumgarner was cruising through five shutout innings when he met trouble in the top of the sixth and was victimized by a solo homer by Pete Alonso, the new Mets Slugger and a two-run dinger by Wilson Ramos to suddenly make a 2-0 lead a 3-2 deficit.

He would be lifted for Pablo Sandoval leading off the top of the seventh as a pinch-hitter. The Giants would tie the game on a clutch two-out double by Brandon Belt off Seth Lugo. Prior to that inning Noah Syndergaard had been pitching a very strong game as well. He had thrown 101 pitches with two outs in the seventh when Mets Manager Mickey Calloway lifted him for Lugo. Syndergaard had that angry, disappointed and downright flummoxed look only Norse Gods in New York City can get.

It turns out Syndergaard’s histrionics would foretell another bullpen collapse by the Mets relievers.

The Giants would score six in the top of the tenth inning after Melancon, Watson and Dyson combined for three shutout and dominant innings in the bottom of the seventh, eighth, and ninth respectively. Stephen Vogt got the biggest hit, breaking the tie with a two-run double off the wall in right. From there it was a frolic-filled inning for the Giants with Steven Duggar hitting a two-run double off the backside of a Mets reliever. There were other big hits and opportunistic turns on the bases by the Giants, who looked, quite frankly, like a pretty darn good team last night. If only they had four more Madison Bumgarners for their rotation.

After the game Bochy was asked about Bumgarner’s performance and what he has meant to the Giants.

“I love that man, what he’s done here,” Bochy said. “It’s been an honor to manage this man. I can’t say ‘what he’s done for me.’ He’s done so much for the Giants organization, and he’s still going strong.

But this night was all about Bruce Bochy. The Giant skipper reached the 1000 win mark as only the second manager in the137-year history of the franchise, dating back to its days in New York. That’s somehow poetic to think the Giants beat the Mets in New York for this mark.   John McGraw leads the Giants franchise in wins with 25,098. Bruce Bochy is the 25th manager in major-league history to win 1,000 games with only one team. Did you know that in his entire career as a manager Bruce Bochy has never been fired? That’s another spectacular feat in this day and age. Even more impressive, to me at least, is how universally respected and loved Bochy is by the press, by baseball executives, by players and by other managers. Oh! and there’s that little fact of three rings.. Try to find another living soul in the game with those accomplishments. I dare you!

Here is the postgame Beer Shower in the locker room:

Here is Bochy on Bumgarner. It’s a pretty special moment.

Bruce Bochy was thrilled Madison Bumgarner could play a part in his 1,000th win: “I love that man.” pic.twitter.com/9Si0Z2sn7G