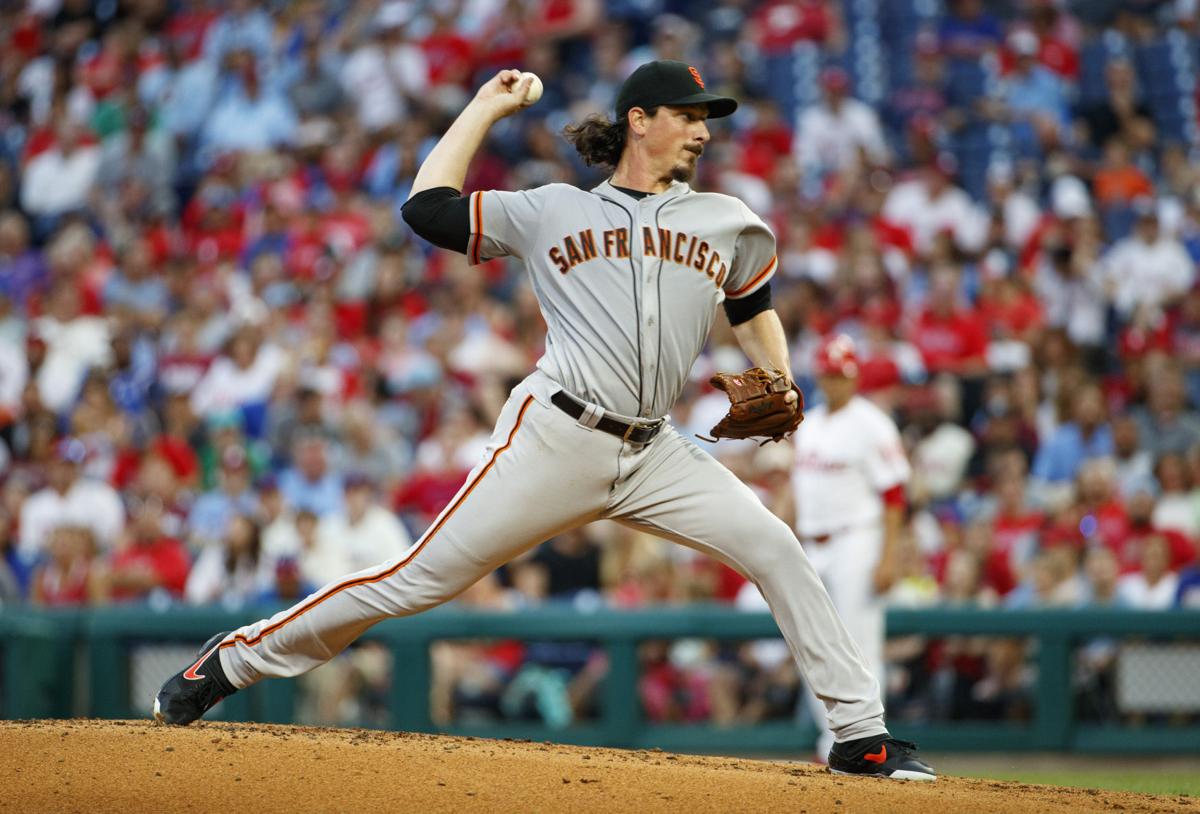 I’m going to start the day with last night’s game. I will have a post up about the Giant trades later today or tomorrow.

Thank you Dr. Lefty for supplying the title for this post.

Last night Jeff Samardzija and Vince Velasquez were putting zeroes on the scoreboard like it was nobody’s business. They were impressive to say the least. Smarge utilized a superb cutter to make pitches bore in and out of Phillie bats. He was ahead in the count on nearly every player and he did not allow a Phillie to reach second base until the sixth inning.

Jeff Smardzija has made the evolution from power pitcher/thrower to wily veteran pitcher. He mixes speeds and spots better than he used to because he knows now his fastball is not what it once was. It was interesting to watch Buster Posey take his time between pitches before putting down the signs. The Giant catcher made the Phillies hitters wait impatiently, uncomfortably so, for many at bats. Smarge was cool with the patience and my guess is that it was a strategy to keep the aggressive Philly offense a little impatient and off balance. It worked.

Meanwhile, Vince Velasquez was throwing bbs in the 93-95 MPH range, many of which were down the middle but in the upper part of the zone.

Giants analyst and former core four member Javy Lopez was commenting regularly on how our boys were missing very hittable fastballs. He spared nobody in his assessment which while honest, was never biting or condescending. Lopez does a splendid impersonation of your grandfather telling you to clean up your room so you can go get soft serve ice cream. He’s so pleasant even when he’s analyzing your shortcomings.

Velasquez, the Phillie righty victimized a variety of Giants with strikeouts up during the first run through the order, among them Brandon Belt and Buster Posey, veteran hitters you would not think we would be intimidated by heat down the middle. It appeared the Giants were not ready for a steady diet of fastballs on this night.

Then the sixth inning happened. The Giants would strike thunderously with three dingers: a two-run laser by Buster Posey on,  you guessed it, high heat. Pablo Sandoval would go oppo to right center and Kevin Pillar would put a bow on this glorious inning with a murderous mash of his own deep into the left field bleachers on a curveball by Morgan.

This was the first time the Panda and Posey would homer in the same inning since 2014.

Smarge would go six strong allowing only three hits and one walk with five strikeouts. The ever reliable firm of Watson, Moronta and Smith would tidy up this impressive game by allowing only a single run (Mr. Watson).

The Giants flexed a little muscle at the Bank and finished their sensational month of July with a 19-6 mark. I wonder if the good news after the trading deadline had passed added a little spurt of joy and confidence on our San Francisco baseballers…

Our San Francisco Giants do some cool things to keep the history and legacy of this glorious franchise alive:

Today the Giants look for another series win against Jake Arrieta. Dereck Rodriguez will pitch for San Francisco. First pitch is at 1:10 PM.