Bumgarner Does It All 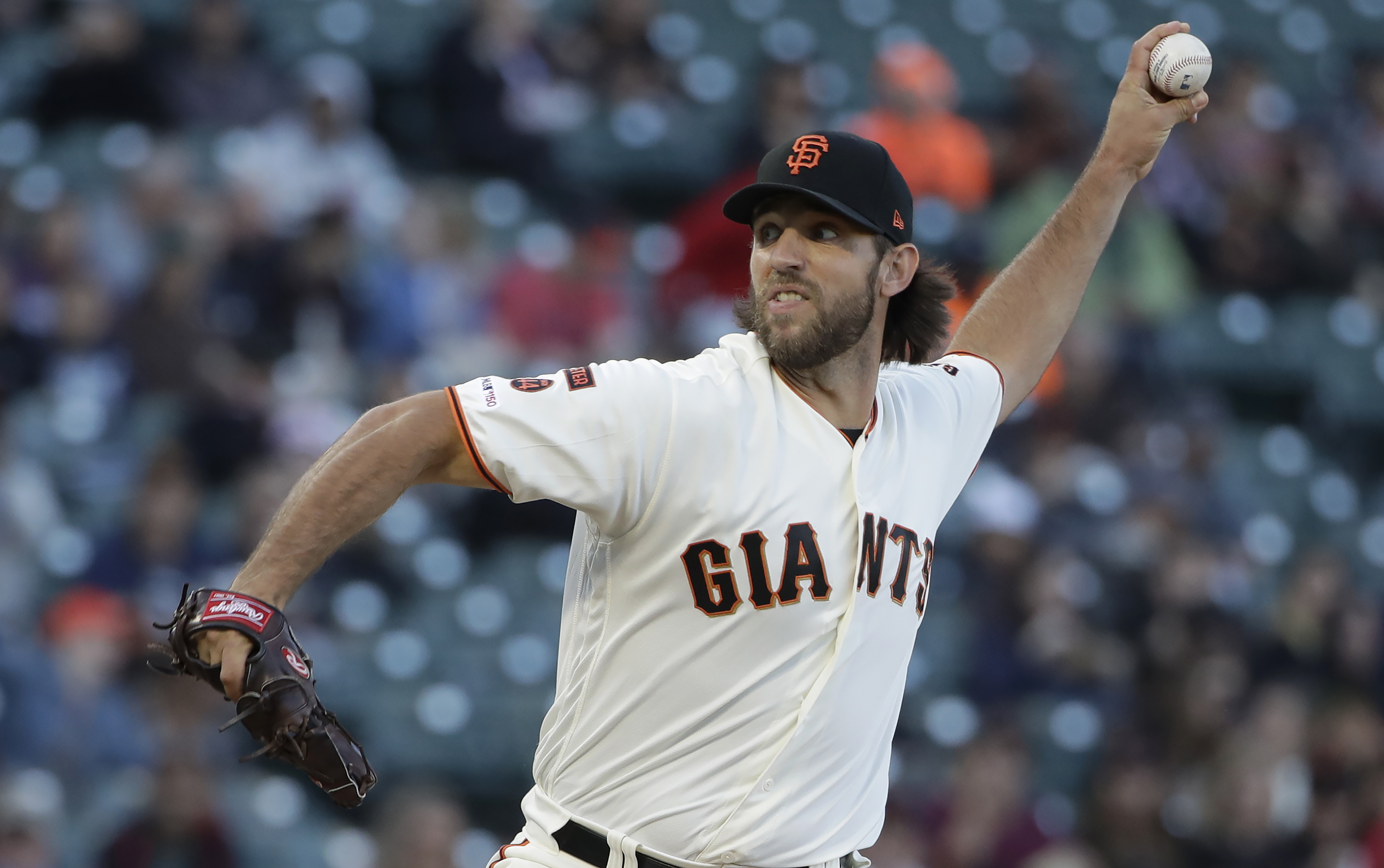 I’ve always had the theory that regular old boring games where the Giants are mired in a losing pathos often bore Madison Bumgarner. When he needs to bring that fearsome legendary swagger and win a ballgame he may still be the best pitcher in baseball.

Last night Madison Bumgarner pitched like the Giants season was on the line. His line of six innings, three hits, eleven strikeouts and 3 walks was impressive. He was probably babied a bit throughout the season and I imagine Bumgarner could have pitched another inning or two last night if this was October. Oh, and he also drove in a run, thank you very much.

Speaking of strikeouts, last night MadBum passed Matt Cain on the all-time Giants list with 1,695. He is nine away from Tim Lincecum’s mark

When Madison Bumgarner gets 10 more strikeouts, he will only have Christy Mathewson, Juan Marichal and Amos Rusie ahead of him on the franchise list, with Marichal the all-time leader at 2,281 as a San Francisco Giant.

Madison Bumgarner is an old-school ballplayer, the kind of guy whose will to win rivals anyone else in sports anywhere. His talents are as impressive as his well and it is this combination that makes him a special athlete and one, just one, reason the Giants would be foolish to trade him.

Nobody knows where Madison Bumgarner will be in six weeks, but right now he’s standing between Matt Cain and Tim Lincecum on the strikeout list, and that’s pretty cool: https://t.co/N8fYBh0HTS

Will Smith earned his 21st save and all was well on this night. The Rockies, one of the most potent offenses in baseball, were held to three hits, one of which was an Ian Desmond long ball that was but a bump on the road to an impressive 2010-ish Giants win at home.

Know what Grant? This was one of those nights where I am reminded of the disconnect between social media and real life. All the conversation here is how much they suck and who is going to get traded where. In the ballpark? Pretty loud crowd enjoying the home team winning a game. https://t.co/MEWlKJqtR0

This was a good night.

The Giants play the Rockies at 12:45 PM, Willie Mays Field time in the rubber game of the series. German Marquez of the Rockies faces Jeff Samardzija.