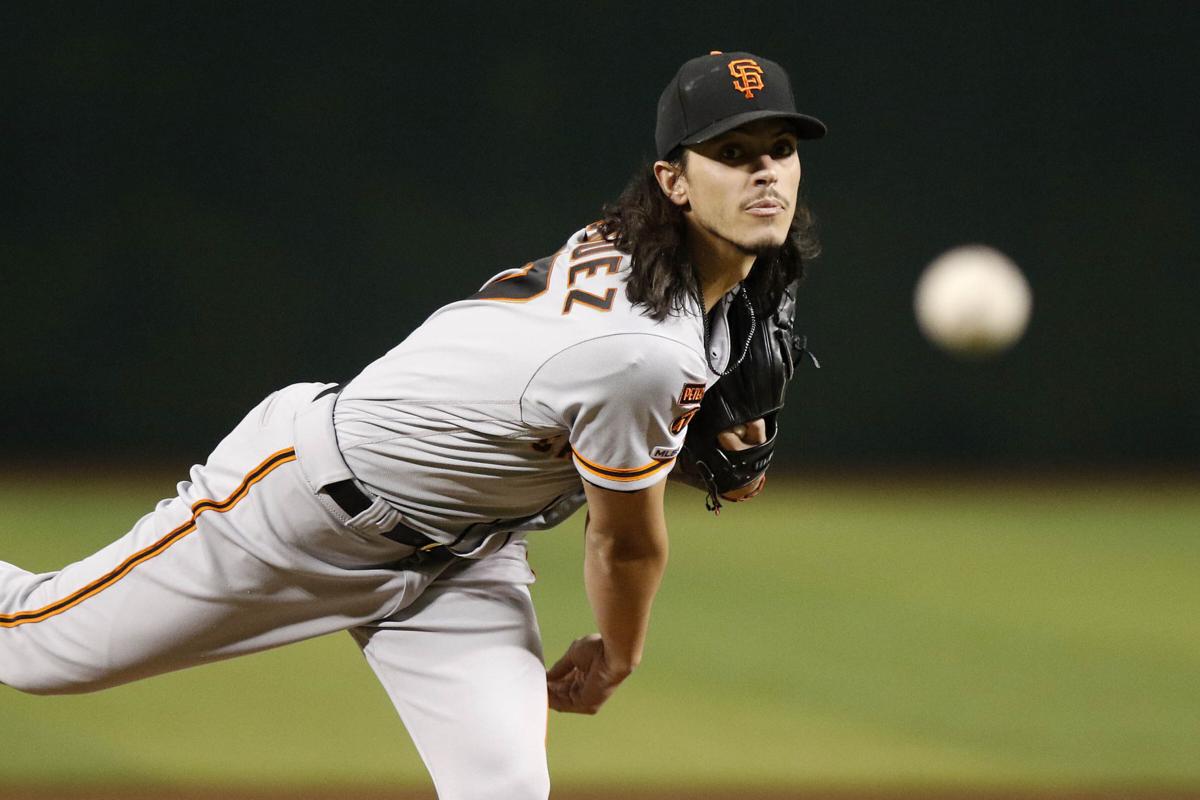 There were two big stars of the show in yesterday’s 7-0 victory for the Giants over Arizona: Evan Longoria with his four runs batted in and Dereck Rodriguez with his seven shutout innings of pitching on only one walk and three hits with four strikeouts.

Let’s begin with D-Rod. What an interesting journey his baseball career has been! First, he starts out as the son of a Hall of Famer Catcher trying to break into the Big Leagues as an outfielder. He was selected in the sixth round as a promising outfielder by the Twins in 2011. That did not pan out and soon that powerful arm and strong body was morphed into a starting pitcher. Then, last year D-Rod was a revelation and one of the few bright spots in an otherwise very forgettable season for the Giants. This year did not start out so promisingly for the big right hander, ultimately leading to a demotion to Sacramento for general ineffectiveness, due in large part to a loss of about 2-4 MPH on his fastball.

“He came up very determined to show that this is where he belongs.”

Dereck Rodriguez made a loud statement in his return to the Giants’ rotation (via @PavlovicNBCS) https://t.co/RN3nWcRz1M pic.twitter.com/Wy0VEOhqnL

Last night D-Rod hit 95 on the gun and generally attacked the Diamondbacks very aggressively (and dangerously) with fastballs up in the zone. The Arizonans were overmatched for much of their at-bats. Let’s get a few things out of the way: The Goddess of Starting Pitching was smiling brightly on the young Giant as he was giving up LOUD contact the first three innings. Fortunately, each of the hard hit balls were finding Giant gloves, with the best play being a sprawling grab of a liner that would have been a triple or inside the parker had Austin Slater not speared it. It was a key part of the game in the bottom of the first after the Giants went up 2-0 but failed to add more with runners on first and second and nobody out.

Dereck Rodriguez would end up pitching to contact loud and soft but find a way to keep the Diamondbacks at bay very efficiently. It appears that his lost weight and resulting demotions to Sacramento ultimately did not affect his pitching focus. D-Rod has found either a newfound energy, mental focus or mechanical key to regaining his hard stuff, which means his other pitches, particularly a very good slider, become all that more effective. It was no secret that the League had a book on D-Rod: look for fastballs down the middle and lay off the off-speed stuff. D-Rod was often pitching behind in the count when he was scuffling and hitters made him pay for it. Now, with last night’s performance, Rodriguez’s opponents will need to write a new book.

Evan Longoria is hot again. His long homer and 4-RBI game made him the star of the offensive show. Though the game finished 7-0 the Giants could easily have added more runs.

Austin Slater went 3-3 and played a superb right field. If this continues in this vein the Giants may have found their answer to Ben Zobrist: a guy who can play more than competently in the outfield, hit for a little pop, hit in different spots of the line up, and run well.

Donovan Solano had two hits leading off and playing short as Brandon Crawford had a night off.

I was thinking about Yaz last night. The Giants hottest and perhaps most consistent hitter so far was benched in favor of Bruce Bochy’s lefty-righty platooning with the Diamondbacks starting a southpaw. It may be time to give the lean and hungry Yastrzemski a few games against left-handed pitching. I think he’s earned it.

Tonight the Giants take on Mike Leake (remember him) as Jeff Samardzija pitches for San Francisco.