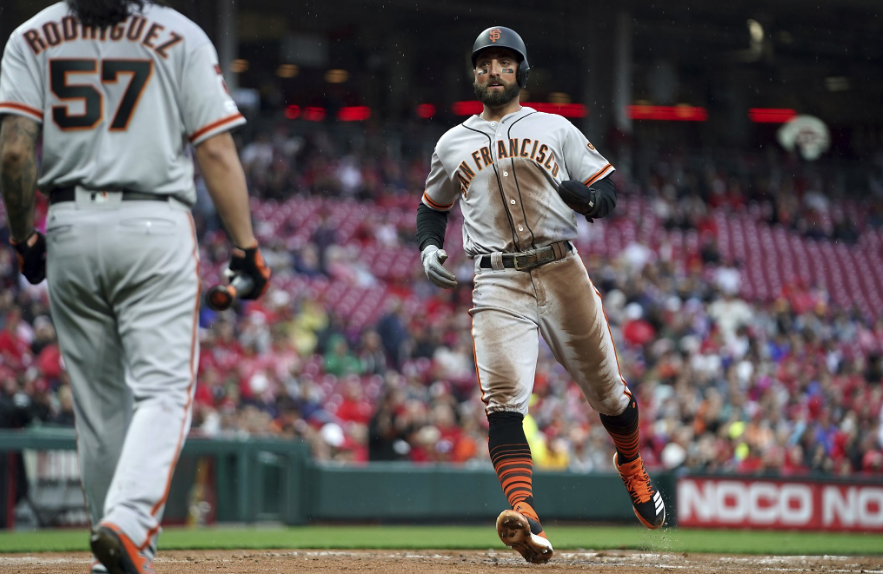 The last two Giants starting pitchers, Tyler Beede and Dereck Rodriguez, have given up eight runs each.. That’s hard to do. The Giants got hammered by Cincinnati last night 9-3 one game after their epic 12-11 victory in 11 innings against the Reds. It seems the Reds were a bit upset after blowing an eight-run lead or something..

D-Rod has been hit hard in his last two stars and now sports an ERA of 5.75. Whether or not this is just a road bump on his way to a quality season or a sign of trouble remains to be seen. We do know that the righty’s fastball is down a few notches on the gun. This may or may not be a temporary issue. We have come to accept as conventional wisdom with the Giants that this team has strong pitching up and down the rotation and in the bullpen. When those assumptions are shattered, albeit only in two games in Cincy, then all bets are off. The Giants could go from an 85-loss team to a 100-loss debacle in a hurry. Games like Friday night’s thriller instill so much fleeting joy and optimism in Giants fans. Then last night happens and we are all brought down back to Earth. Baseball is like that.

This odd four game series concludes on Monday and offers a chance for the Giants to take 3 of 4 with wins today and tomorrow.