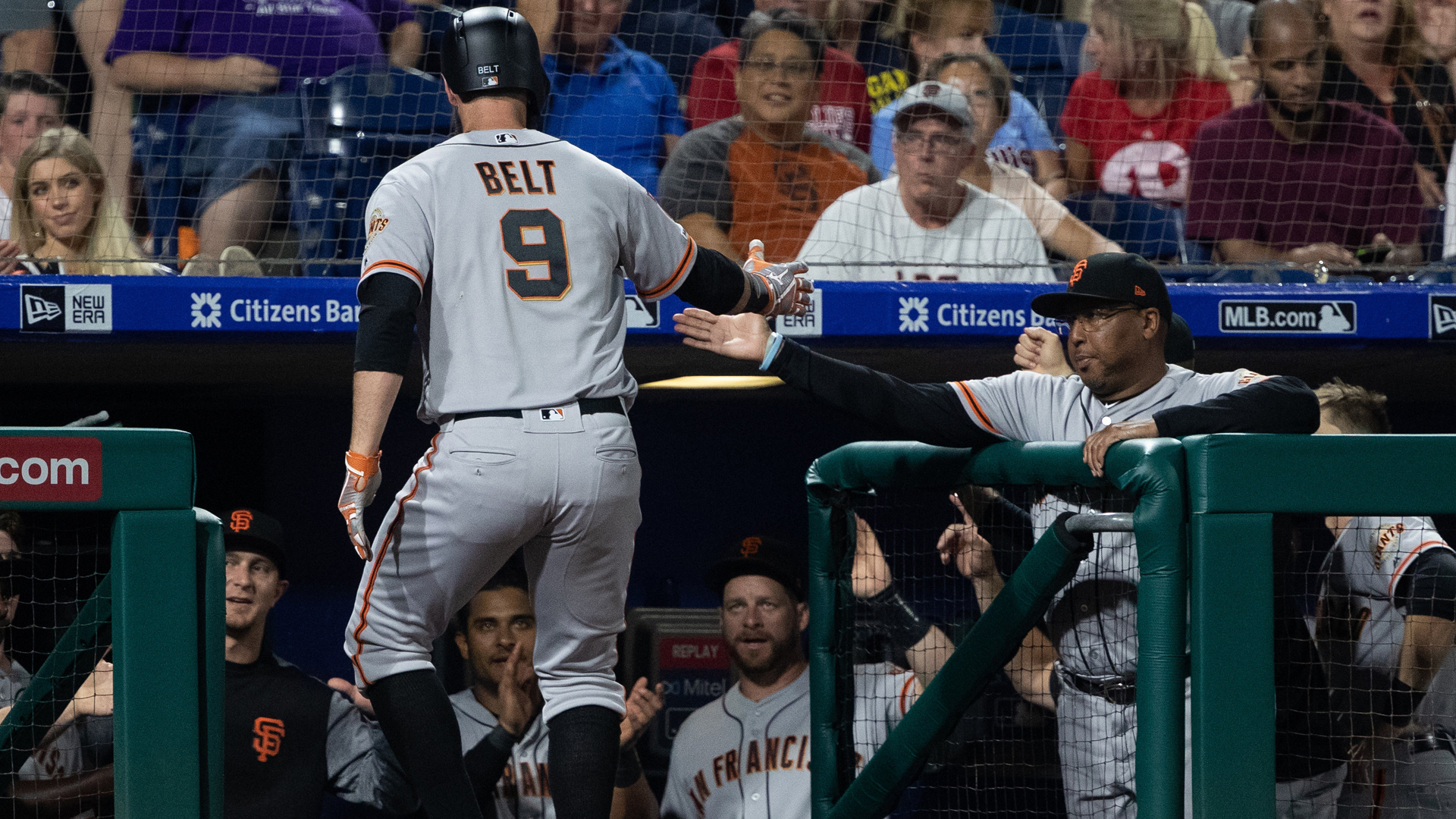 As the bats go so go the Giants…

This is a list of sometimes regular starting players not in the starting line up last night against Drew Smyly and the Phillies, one day after an off day:

Bruce Bochy elected to go with a Spring Training Split Squad line up and the result was not pretty.

The Giants made Drew Smyly, he of the ERA over 7, look like Clayton Kershaw.

In fairness to Drew Smyly, the lefty did pitch a very tight ballgame throwing fist pitch strikes on a regular basis and utilizing a very effective curveball, slider and changeup to shutout the Giants through seven innings. To give you an idea of who just shut down the Giants consider this: Smyly wasn’t even good enough for the Brewers to give him a chance to pitch in their broken rotation. The Phillies dealt for him in a kind of desperation role and he ended up looking like the second-coming of Cole Hamels last night.

The Giants bats have cooled off a bit since their monster winning streak. Despite this cooling off period, the Giants pitching staff has mostly held the fort amiably.

Unfortunately last night, Tyler Beede was victimized for four runs, two walks, and ten hits in only five innings of work. That’s way too many baserunners, especially in this ballpark. The righty had a lively fastball but was not able to keep the Phillies from coming up with big hits, like Rhys Hoskins’s long homer in the bottom of the fifth.

Drew Smyly was simply the better pitcher on this night.

Now, it may be that Dickerson’s back is acting up and BB9 is under the weather, though both would later make pinch hit appearances in the game with Belt going deep.

Here is my question: Why oh why rest your two best power hitters against a soft-tossing lefty starter with an ERA like a Boeing 757? I could go on and please don’t quote the numbers or splits of lefties against lefties. Drew Smyly is a pitcher against whom a guy like Dickerson or Belt should put up quality at bats.

The Giants Are Not Exactly an Offensive Force

After the game I glanced at the Giants team stats.