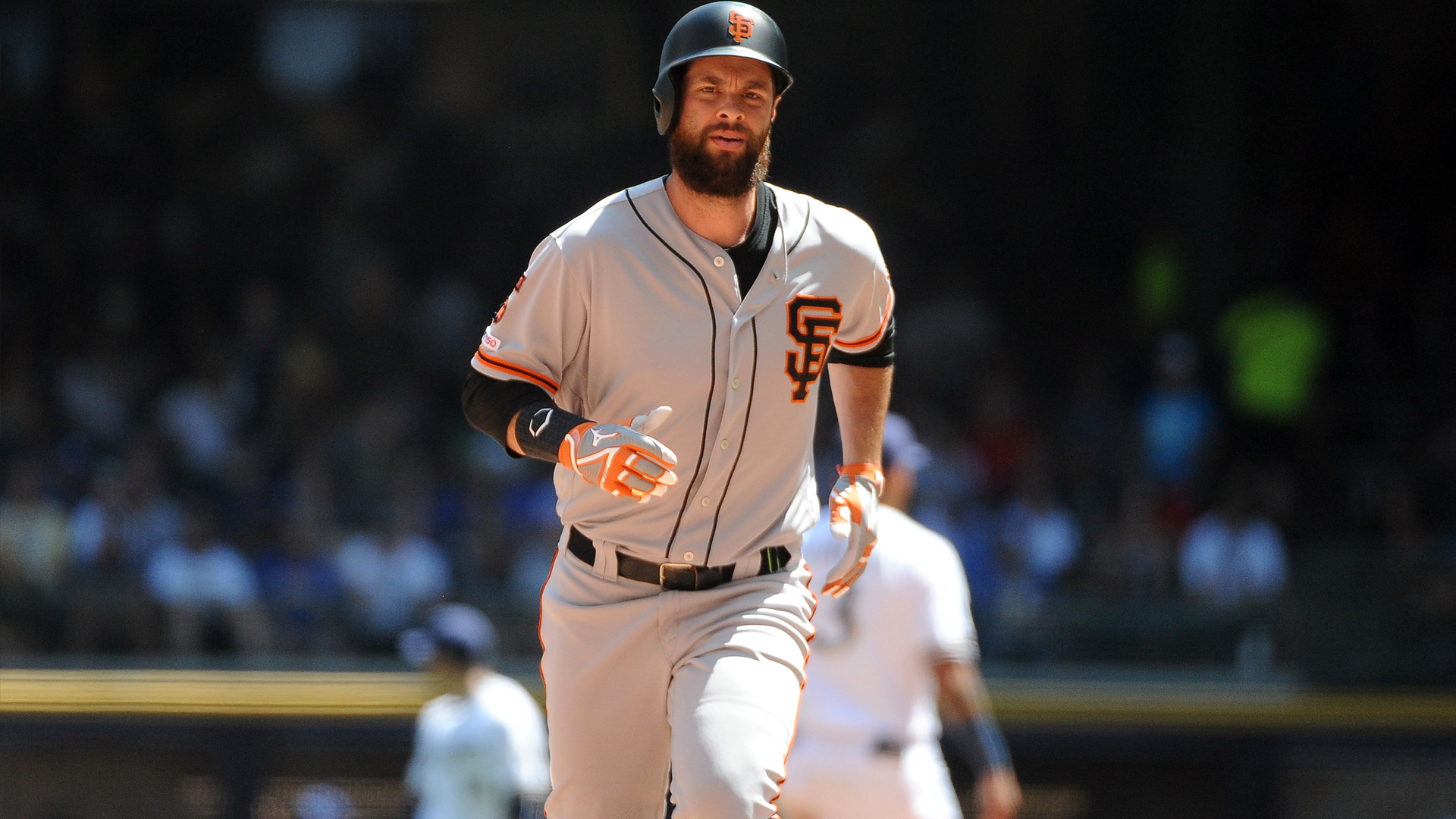 This was quite a game. It was the Tyler Beede game.

This was a game I was sure the old (2017-early 2019) Giants would lose, coming off a heartbreaking defeat Saturday night and with a rookie pitcher on the hill in a homer-happy ballpark against a hungry and hard-hitting team.

This is why I don’t bet on baseball.

Tyler Beede was superb, going 6 and 2/3 innings allowing three runs on seven strikeouts and ZERO walks again. The Giant righty had a very sharp change-up but it was the well-located fastball (usually up or up and in) that made the difference in this start. Beede was intimidating and un-deterred. He stared down some mighty good Brewer hitters and kept the Giants tied at 1-1 until they went ahead in the fifth, 2-1. Then the Brewers answered with a solo laserbeam off the facing of center field by Christian Yelich in the bottom of the sixth.

The Giants then countered with a six-spot in the top of seventh in a tie game that had mostly been a pitcher’s duel. It was the type of response you often get with a good team, with a team that can score runs in different ways and with a team that knows how to adjust to and take advantage of a weary bullpen like the one they saw this past weekend in Milwaukee.

Oh, and Mr. Beede had two hits and a run batted in, which came in a bunt situation…

This game sustained the Giants winning ways, gave them a series win in a tough park and propelled them with getaway day glee on their way to Denver where they will play a doubleheader today.

This was the type of game that may get you to believe even more that something special is happening with this team after three seasons, more or less, of teeth-gnashing and misery.

Brandon Crawford was thrown out trying to steal third on the exact play that Evan Longoria was thrown out trying to steal third on Saturday. In both cases veteran Giants took calculated aggressive risks to try to steal a base, Longoria with two outs, Craw with one out, while Mike Moustakas was playing mostly in the shortstop area thanks to the shift. Unfortunately, in both cases, the burly Brewer third baseman was able to scamper back to catch throws, by the pitcher in Crawford’s case and by the catcher in Longoria’s play, and make a running snap tag in one motion to get the runners.

I appreciate the aggressive mentality and the attempt to catch the Brewers sleeping in both plays. Both plays were calculated gambles that backfired. Neither case cost the team a win. There was much disagreement in the TWG commentariat about the plays. It was interesting to read.

My verdict: I am ok with both attempts for the simple reasons that the Giants need to keep that offensive edge and make things happen as often as possible for that day when the homer barrage well drips a little dry….

I missed the start of yesterday’s game and the post about it because I was riveted for five hours watching one of the most profound, athletic, and mesmerizing displays of sporting competition I have seen since the 2008 Wimbledon men’s final between Rafael Nadal and Roger Federer. I am referring to Novak Djokovic’s defeat of Roger Federer 13-12 in the fifth set in the 2019 Wimbledon Final.To see such artistry, talent, commitment, skill, and stamina is just a wonder. To see it a sport played at such a high level of excellence under the most dramatic and pressure-packed circumstances makes for great theater. When it comes to individuals competing nothing beats it. Congratulations to both Djokovic and Federer, both were winners yesterday.

A few changes to the lineup: pic.twitter.com/kqPbch179V

Sam Coonrod is with the Giants today as the designated 26th man for the split doubleheader at Coors Field. Not Dereck Rodriguez, as thought. DRod is still starting Game 2. The Giants just have to make a roster subtraction (presumably between games) to add him.