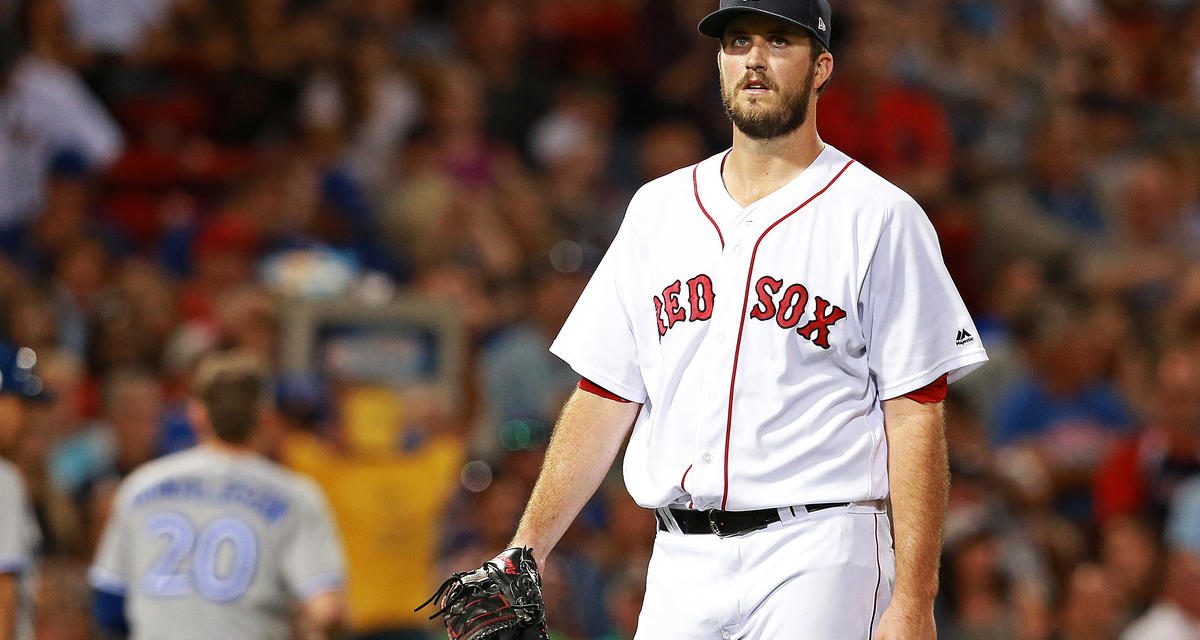 On a bad team, and let’s not kid ourselves; that’s what the Giants are, it can be hard sometimes to pinpoint what causes the losing. It’s the chicken-or-the-egg thing: Are the starting pitchers bad because they get no run support and pitch anxiously, or are the hitters pressing because their pitcher has put them in a hole and they’re trying to fight their way back?

There were no such existential questions about last night’s stinker. It was the pitchers’ fault, and it was especially Drew Pomeranz’s fault. It takes a special talent to suck all the air and energy and momentum out of both your own dugout and a home park filled with festively orange-clad fans ready to party on the Friday night of a holiday weekend, but it took Pomeranz just five minutes to do all that.  In fact, let’s ask Drew. How did you think things went? This is from Alex Pavlovic’s gamer.

“I put us in a hole early,” Pomeranz said. “You don’t want to feel like you’re fighting (uphill) the whole time. I’ve got to do a better job in the first inning of getting us back in the dugout and not giving up runs.”

Yes. Well said, Drew. The Giants not only had a four-game winning streak but also an 11-game streak of not giving up any runs in the first inning. That all ended very quickly–homer, walk, homer, the second homer off the bat of old nemesis Paul Goldschmidt. Goldie hasn’t been having a great year by his standards, but he perks right up when he sees orange and black.

To be fair, the Giants’ hitters did claw their way back into the game, actually tying it for five minutes or so in the bottom of the third on an absolute bomb by Alex Dickerson, but Mr. Friday Night Fright quickly and capably took care of that nonsense in the top of the fourth. After laboring through 86 pitches in four innings that featured six hits, four walks, two homers, and four runs, Pomeranz was finally through for the night. But Bruce Bochy decided the home crowd hadn’t suffered enough. Not only did the fans have to watch Mark Melancon in the sixth inning (3 hits, 2 runs), but then Bochy also inflicted Derek Holland on them for two innings, and–wait a minute, he ruined my riff (no runs and three strikeouts)!  Indeed, “Dutch” was the only Giants pitcher not to give up a run, as we also saw Trevor Gott (after Pomeranz, two runs) and the 2019 debut of Ray Black (one run, a homer hit by Dexter Fowler). Just an all-around stinker by the pitching staff from start to finish.

A few other thoughts from the game

Boy, do the Giants suck at home. As Pavlovic notes in his story, the Giants are a quite respectable 21-22 on the road this year but only 18-26 at Oracle Park. When asked why, Bochy mostly blamed the offense not clicking. Well, last night, the Giants got four runs. That’s quite a drop-off from the ten runs per game they averaged over their little winning streak, but there have been plenty of games this year where we would have been happy with four runs of offense. Did I mention that I think this loss was on the pitchers? Anyway, in a year where the Giants are struggling to maintain interest and attendance, the home record cannot be helping at all.

Pomeranz really has been bad this year. With a 2-9 record, Pomeranz is tied for the league lead in losses. Yes, I know he’s had a few better outings lately, but really that’s just by comparison with his earlier Friday night stinkers, such as May 24 (the 18-2 home loss) and May 31 (six runs in the bottom of the first in Baltimore after the Giants had given him a 5-0 lead). In June, Pomeranz went 1-2 with a 3.33 ERA and 34 strikeouts in 24.1 innings. Those numbers are pretty good and much better than his May ERA of over 19(!!!), but he also had a WHIP of nearly 1.5 and a batting average against of .273. He went from “unwatchable” to “mediocre” in June. He limps into the All-Star break with a 6.42 ERA, a .305 average against, and a 1.77 WHIP in over half a season, no longer a small sample size (16 starts). He’s averaging only a little over four innings per start.  In short, he’s not worth the space he’s taking up on the roster. His results are poor, his body language is terrible, and he’s not even eating innings.

(No, I mean, really. Check out his game logs for the season. He’s pitched in the sixth inning once in 16 starts. In seven of those 16 starts, he didn’t even see the fifth inning. This guy is bullpen poison.)

Melancon has regressed from “kind of OK” to “not OK at all.” Let’s remember that Melancon shut up all his detractors (briefly) by logging ten scoreless outings to start this season. Since then he’s been dreadful. His overall numbers (34 innings, 4.29 ERA, 1.68 WHIP, .319 average against) are mediocre. His ERA in June (13 appearances) was over 6–and that was in a winning month for the team, so they won despite Melancon’s “contributions.” Melancon’s unique talent seems to be “putting a game firmly out of reach.” It’s hard to imagine the Giants just eating all the money they still owe Melancon (still around $25 million!), but it would instantly improve the team if they would just write him off as “Bobby Evans ate a bad burrito for lunch that day, but we can move on now.”

They keep telling us this, but it really could be Bum’s last home start for the Giants. We’ll see if he can build upon his last two excellent outings. The Giants need to give their home fans something to cheer about!  Lefty out.