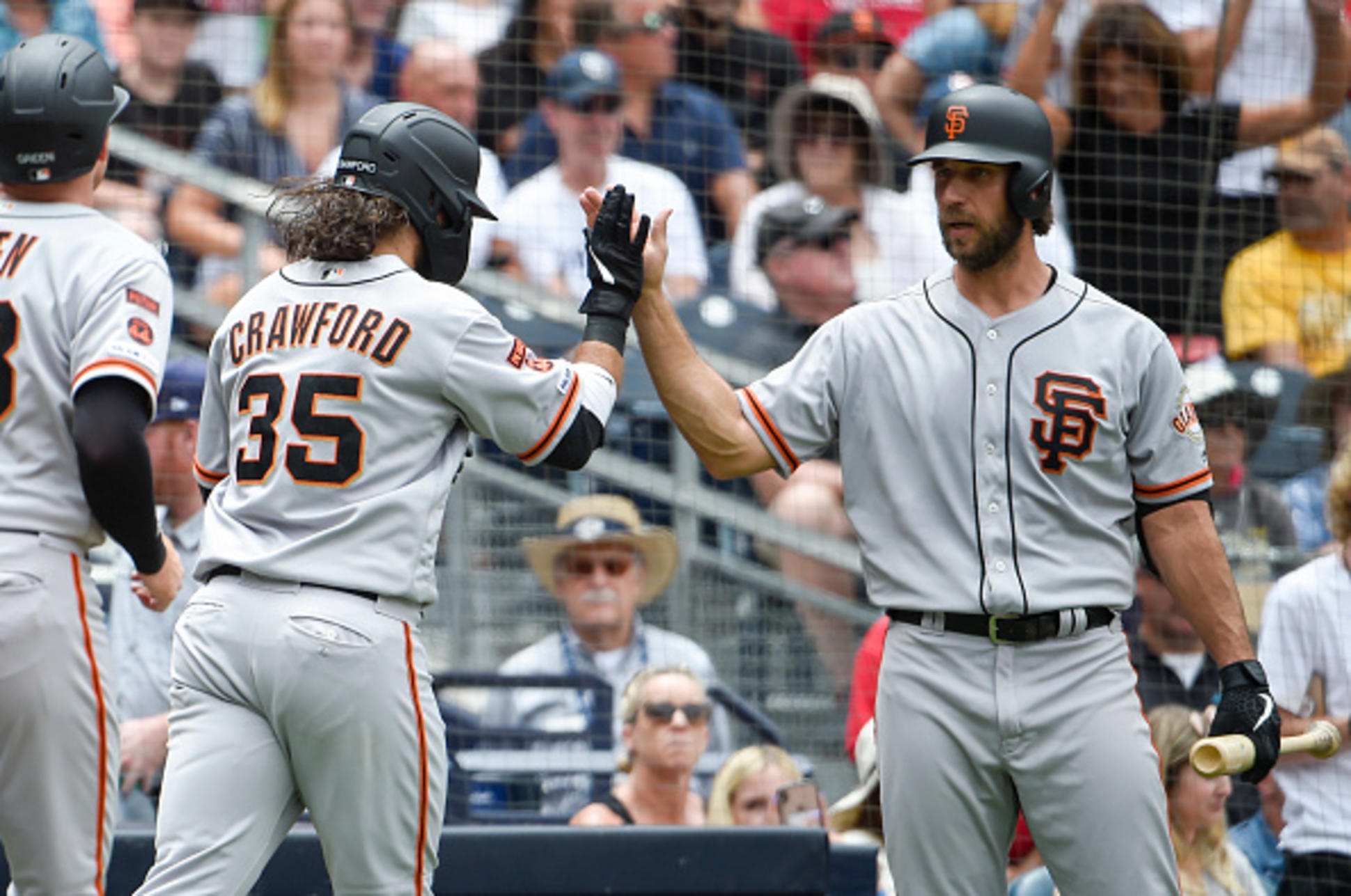 This was an interesting game.

Madison Bumgarner was mostly excellent except for one little hiccup, a three-run homer by Hunter Renfroe with two outs in the bottom of the third. The Giants bounced back and the bats came alive, in part thanks to aggressive moves by Bruce Bochy in the top of the fourth inning.

The Giants skipper countered the bullpen moves by Padres manager Andy Green with consecutive pinch-hit appearances by Pablo Sandoval and Alex Dickerson, both of whom were successful with two-out RBI hits. The moves were a gamble and both hitters put up excellent at-bats to reward their manager.

Will Smith had himself a bit of a hiccup in the ninth, allowing a bomb by Wil Myers to make a 7-4 game 7-6 and add a little excitement to the proceedings. The Giant closer would eventually get the third out and save the game to give the Giants their series win and continue their hot July!

After the game the Giants took their happy flight to Philadelphia. They decided to all dress up Panda style: