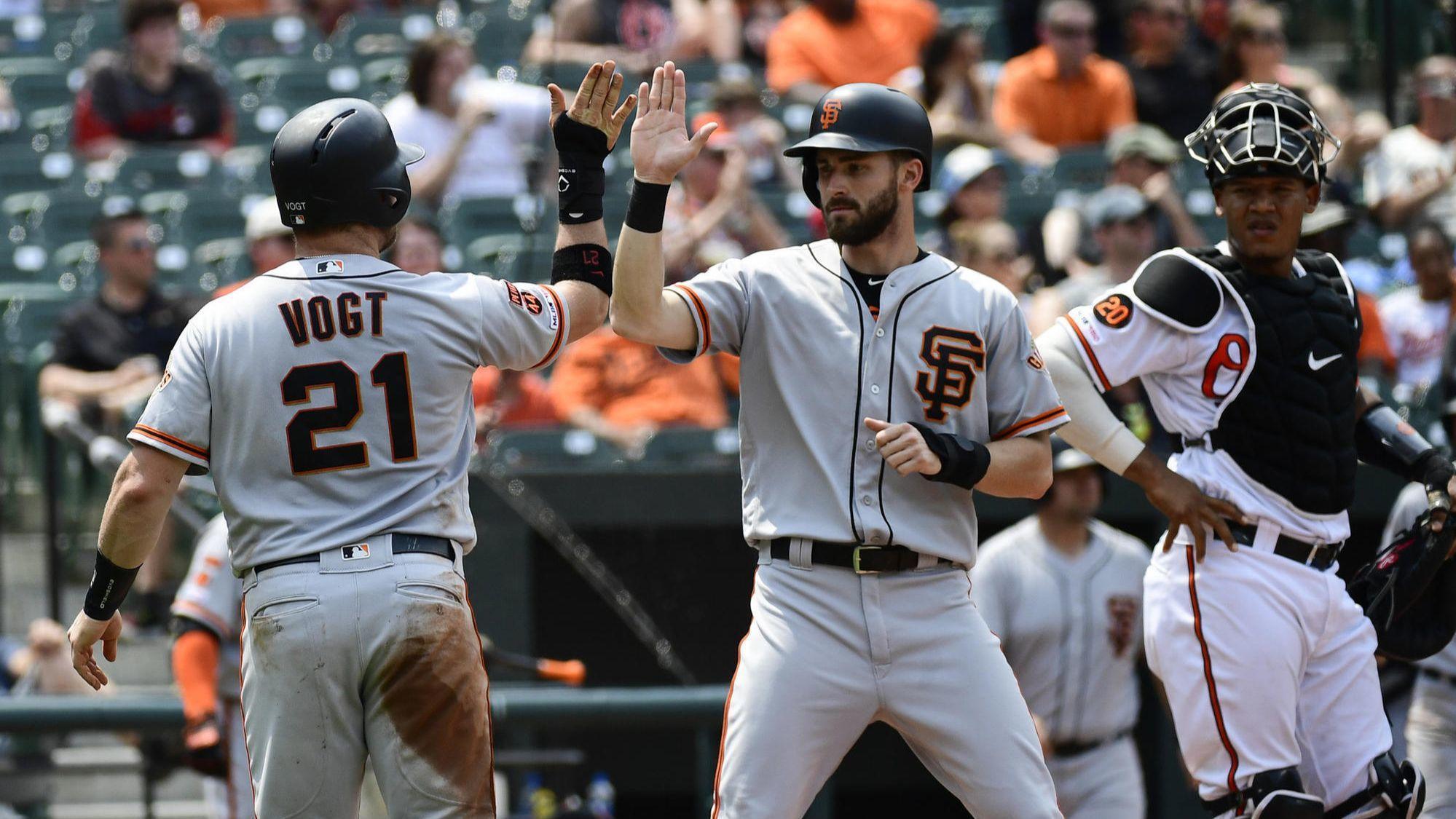 In case you were wondering if I was slacking or simply off on one of my European jaunts the answers are “no” and “no.” I have been pretty much knocked out with a horrible COLD since Tuesday. I think watching the Giants stink up Miami for two games pushed me over the edge. Researchers in Mombassa recently discovered a link between physical health and the record of one’s Major League Baseball team when one watches them play in person…

The Giants took two of three in Baltimore and could easily have swept the hapless Orioles if they had not been Pomerantzed on Friday.

Yesterday the Giants scored in five straight innings. Brandon Crawford and Evan Longoria were both hitting a very sad .209 coming into the game. Craw went deep twice and Longoria added a blast of his own, on a curveball from Gabriel Ynoa. Ynoa started off the game as a strike machine, throwing 27 of 37 strikes and looking impressive in the process with both his curveball and rising fastball. In the first three innings I thought the Giants were going to be scoreless till Ynoa was lifted for Strailly.

Coming into the game the Orioles planned to use Ynoa in limited innings, say four or five, then bring in Strailly, their long man. Fortunately the Giants hitting attack broke through with big hits from Craw, Longoria, Panik and Pillar. The Giants hitters looked very comfortable in Baltimore all weekend and one has to be impressed by the way the team never let up in yesterday’s ballgame. They were opportunistic on the bases and were able to hit mistakes and good pitches both. It seems our boys like hitting in warm weather, especially in hitters parks like Camden Yards, which has allowed the most homers per game in the Major Leagues so far this season.

Or maybe it’s as simple as the fact that the Orioles are just a terrible team with a terrible pitching staff..

Jeff Samardzija pitched six very strong innings allowing only three hits and no walks while striking out six. He even hit 94 mph on the radar gun with his fastball on occasion and looked pretty solid, despite allowing a first inning home run to Trey Mancini, one of the best hitters in the Orioles lineup.

This was an impressive series win since the Giants came into Baltimore limping after a disastrous homestand and lousy Miami sojourn.

The Giants are off today. Their record now stands at 24-34.

Before the game the Bruce Bochy was bestowed with a bountiful booty by the Baltimore Baseball Brethren:

The Orioles gave Bruce Bochy engraved Sagamore Spirit Rye bottles and glasses. Opposing teams and players are loading him up with alcohol this trip, which is probably helpful.

Today is MLB Draft day. I will have a post on the draft published later today. The Giants pick tenth.