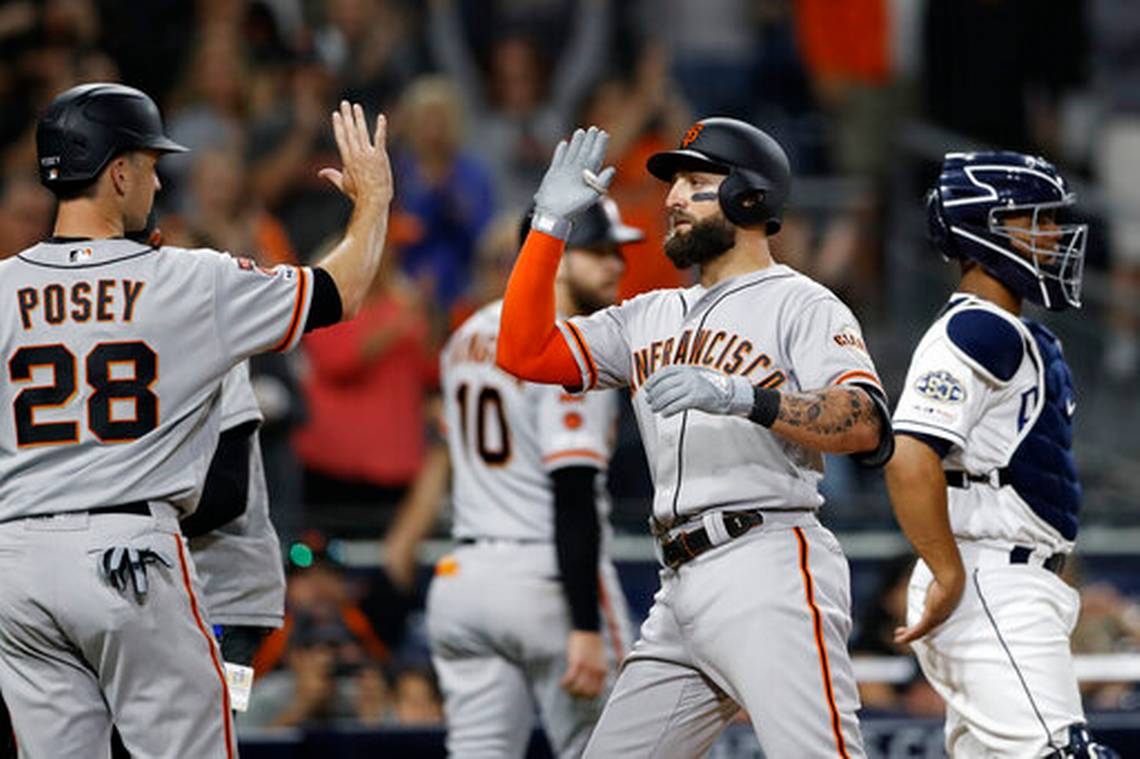 It’s ok to dream: The Giants are seven games out of the last wild card in the National League and are suddenly playing like a winner.

What a game.
#SFGiants pic.twitter.com/c6gNEH6QMN

The Giants beat the San Diego Padres 13-2 to continue their winning ways from June and carry them into July.

The Giants played long ball with dingers from Evan Longoria, Kevin Pillar and Austin Slater (remember him)? Mr. Slater was called up yesterday as Dereck Rodriguez was sent down. Slater was tearing it up pretty good in the Pacific Coast League so Bruce Bochy immediately inserted him into the starting line up in right field. The athletic Giant went 2 for 5, and drove in a pair for the game.

Tyler Austin and Buster Posey also had two RBIs each, with Buster getting two knocks as well. That’s a 14-hit and 13-run explosion by our Giants who are at or near the bottom of basically every meaningful batting stat for the Major Leagues.

Kevin Pillar had three more runs batted in last night and now leads the team with 45 for the season.

It’s quite something to see your team win two games in a row with double digit runs scored after watching it scratch out five runs in a three-game series in San Diego to start the season.

Where did this team come from?

The Dodgers are hearing footsteps..

Jeff Samardzija is the first #SFGiants pitcher to throw eight innings since Chris Stratton tossed a complete game shutout on September 14, 2018 against the Brewers.

Jeff Samardzija was excellent on the night as well. In the game the Giants jumped out to a 7-0 lead and Samardzija held the line, going eight innings and allowing only two runs on five hits.

Here is an interesting quote by the righty about his sinker:

“You have a good sinker that day, throwing off speed for strikes, you’re going to have a good day,” he added. “When you’re pitching that late in the game it’s house money and it always feels good to keep running out there.”

Samardzija can still reach 95 mph on occasion but he as essentially evolved to a more finesse, dare-I-say “complete” pitcher since his chronic shoulder issues from last season.