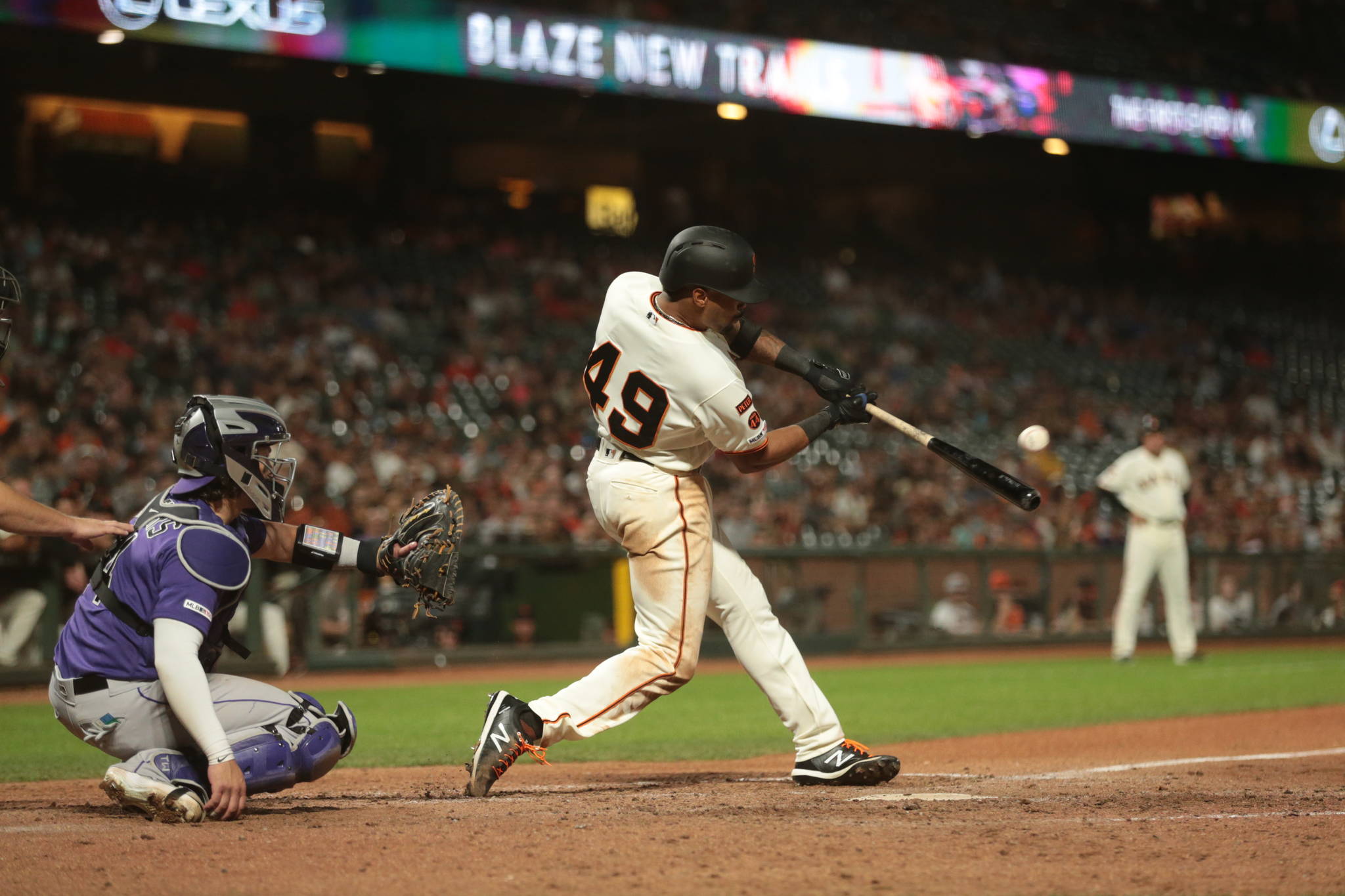 Jaylin Davis hit his first Major League home run, a walk-off in the bottom of the ninth, to propel the Giants to a stunning 2-1 victory over the Colorado Rockies. Jeff Samardzija pitches six shutout innings and left the game with a 1-0 lead.

Davis is the seventh Giant to make his first career round-tripper a walk-off, and the first since Fran Healy in 1971:

Jaylin Davis is the seventh Giant to hit a walk-off for his first career homer and the first to do so since Fran Healy in 1971.

Jaylin Davis’s struggles were no secret. We can thank Willie Mays for encouraging Davis and telling him to “relax and have a good time.” Davis was hitless in his previous fourteen at-bats and 3 for 31 in thirteen games so far this season. His homer went over the center field wall with conviction and appeared to have come off a breaking pitch.

Last night a good time was had by all.