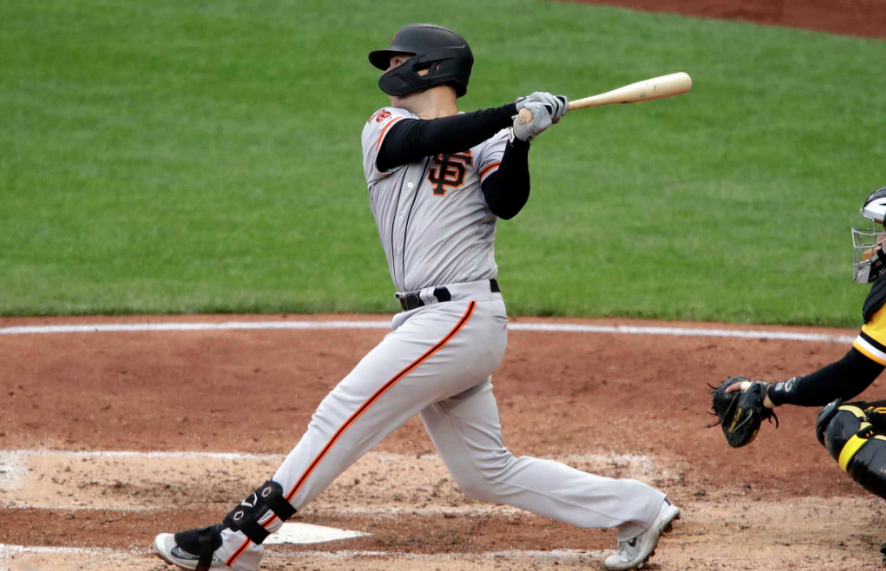 When Brian Reynolds’s double with two outs in the ninth and Jung Ho Kang on first bounced so high off a hop off the wall that Steven Duggar actually had to wait for it to bounce before he could reach it my only thought was “Tie Game!” What followed was perfect execution by Duggar, who made a perfect throw to Joe Panik, the cutoff man, who then fired a perfect bb to Buster Posey with the game on the line to nail Kang by ten feet, Kang, incidentally, runs exceptionally well for someone carrying refrigerator on his back. It’s a mystery as to why Clint Hurdle did not pinch run for his stocky third baseman in that situation. See, other managers make gaffes too!

That’s what Duane Kuiper said when the game was over on the sexy play at the plate: “Just like you draw it up!” It was the perfect comment to the ending of this game. Very rarely do the Giants make winning easy on themselves. They even make losing difficult.

Speaking of Brian Reynolds.. the trade to acquire Andrew McCutchen and give up Reynolds doesn’t look so hot not. Reynolds made his debut in the Major Leagues Saturday and followed that game up with three hits yesterday. He is a very toolsy player with speed and a good quick bat. He has hit at every level of the Minor Leagues and he looks like he may be a good one. The Giants may be ruing the day they let him go. In hindsight this is a lesson: Do not acquire any more former stars past their prime and give up young talent… I’m sure Zaidi took notes yesterday.

Buster Posey finally broke out of his power slump with a missile into the center field shrubs on a thigh-high fastball right down Forbes Avenue (It’s a street in Pittsburgh). His three-run homer was hit so hard I barely had any time to enjoy it. It probably killed a few marmots and even some groundhogs. You can bet Buster did enjoyed it however. His smiles glad-handing his teammates in the dugout made it look like the celebration of an epic homer in a World Series Game.

Dereck Rodriguez pitched very well, going 5 2/3 innings and allowing only two runs, both of which came on a mammoth Josh Bell homer. The Giants bullpen made Posey’s blast hold up pitching 3 1/3 innings of shutout relief with two of those by Senor Reyes Moronta. The Giants were able to salvage a game in this series and now are 9-14. Beware rest of the National League. The Giants are coming!