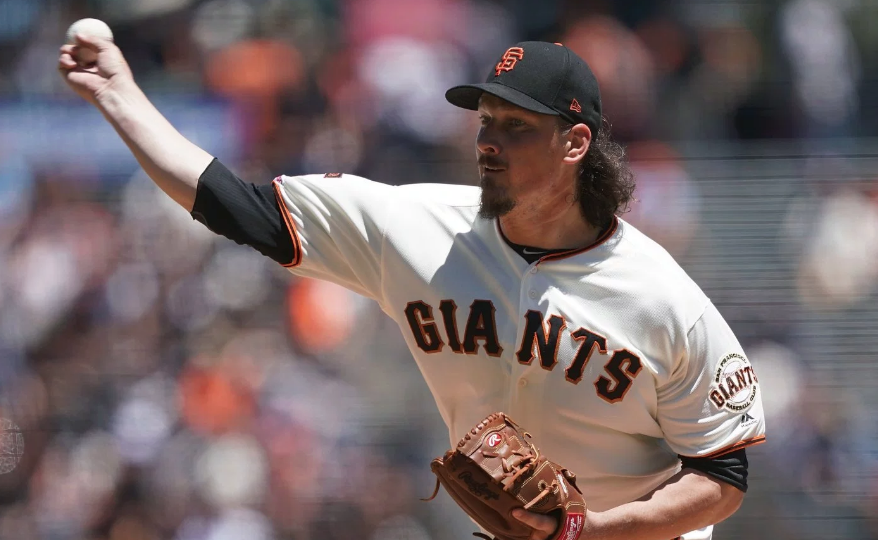 The Mets were upset about Friday night’s loss. Yesterday, they went deep four times. Each homer (Smith, McNeil, Frazier and Alonso) was a show of strength. Jeff Smardzija was pitching great until he wasn’t, which means at times he looked superb, locating his fastball and moving pitches between the inner and outer halves of the plate to keep the game 1-0 Mets through three. Then Smarge ended up with proverbial whiplash, watching balls fly out of the park at an alarming rate.

You know it is a bad day when the opposition hits a towering home run off the foul/fair pole half a mile high and it bounces back into the stands. The scene was kind of surreal because in the shiny sunny daylight the ball just appeared to stop and disappear on its flight towards the bay.

This was just that kind of game. The Giants hitting attack was not up to the task and went down very quietly agains a rookie pitcher named Walker Lockett who came into the game with an earned run average over 11. Now we know how the Mets must feel after watching Tyler Beede, with his airliner ERA match Jacob deGrom with zeroes on Friday night.

It was just a loss. Yaz and Dickerson went deep in the ninth to give the Giants fans something to cheer about and perhaps to propel the team to a win for Sunday. Today’s game is big as it would give the Giants a series win and the coveted .500 mark upon which they hope to build a magical stretch run into October dreams.

Today Stephen Matz faces Connor Menez, who will be making his Major League debut or the Giants.

This pitching decision has Zaidi’s hands all over it and I support it. Unless Drew Pomeranz has an injury I don’t know about and that has not yet been announced it appears the Giants are not being patient with the mercurial lefty, whose turn it was to pitch today, now that they have a whiff of a pennant race under their noses..

The Giants are planning to call up slugging third baseman Zach Green, a source confirmed to @PavlovicNBCS https://t.co/i2l0Bpw2a1 pic.twitter.com/XI2OkqOk7S