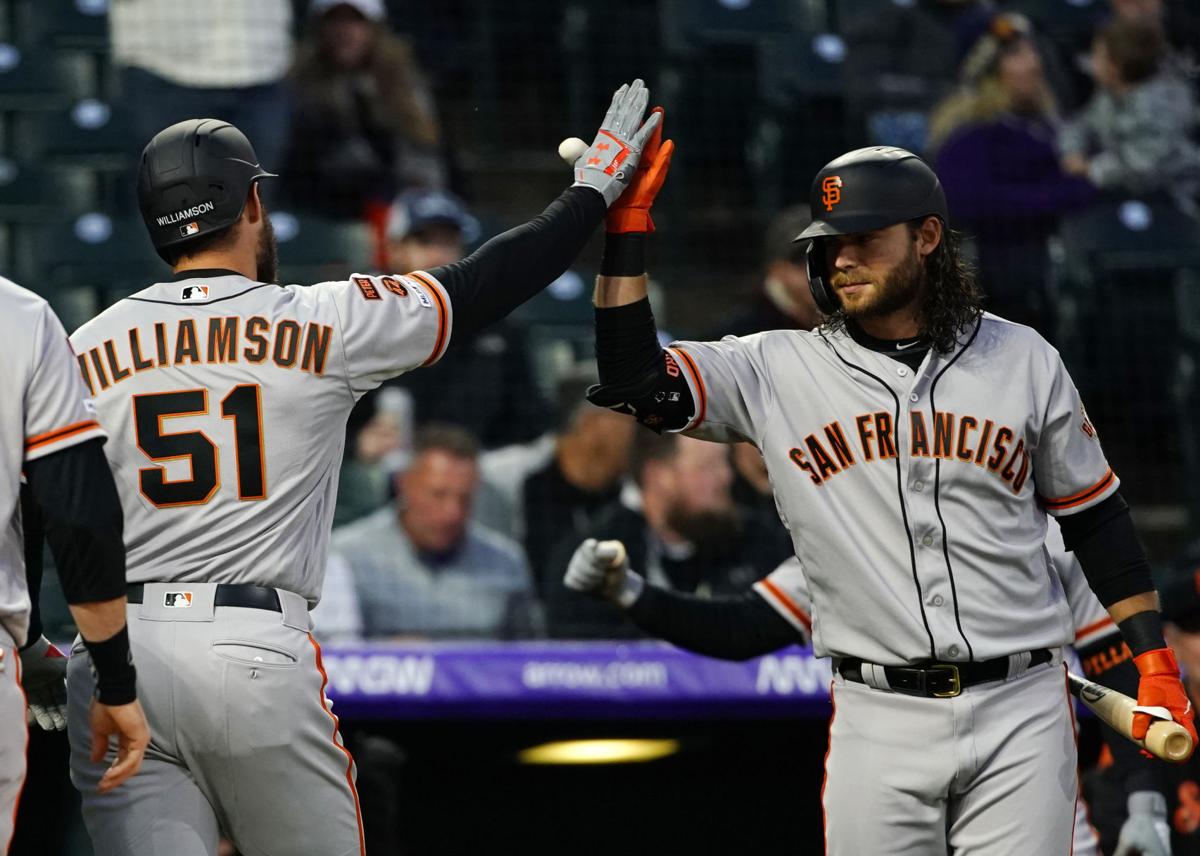 This is how bad left field has been for the Giants this season, from a hitting point of view:

The Giants chose veterans, no-names and rolls of the dice over Mac Williamson. In 35 games, their LFs posted a worse OPS than the DBacks, Mets and Brewers PITCHING staffs. And so … fresh off a AAA hot streak, here’s Mac. And a job that is his to lose. https://t.co/l4uZJJFQQS

Mac Williamson had four runs batted in for his return to the Giants and the San Francisco squad bashed the Rockies in Denver 14-4.

Last night the Giants did this:

Per Elias Sports, the 13 runs the #SFGiants scored with two outs is their most in SF-era history. Their previous high was 12 (July 23, 1997 against Philadelphia).

Madison Bumgarner was solid, allowing four runs on six innings. At Todd Helton Field that translates to one run in six. His fastball was reaching 93 and it had late movement. It was fooling hitters and getting many swings and misses. In short, MadBum was himself again for the second straight start. He looked very confident and strong.

Mac Williamson’s promotion is already legendary thanks to his four runs batted in and the backstory surrounding his career so far. It’s no secret he was raking in Sacramento. It’s also no secret every single Major League team (surprisingly) passed up on him when he was available on waivers in March. I’ve always been a fan because of his multiple plus plus skills that include a strong arm and speed. His play on a double was the first of three great components that nailed a runner at the plate in the bottom of the second inning when the game was tied 1-1. Buster Posey skillfully and gracefully snagged Brandon Crawford’s laser from short left that short-hopped at the plate right before a Rockie was about to slide and score. It was quite a play and a big one at the time.

Regarding Mr. Williamson, Farhan Zaidi deservers credit for the quick call-up and the jettisoning of Yangervis Solarte and Gerardo Parra. It was a good example of a self-correcting ego-less decision and bodes well for the Giants going forward.

Here is Mac Williamson after the game:

I missed playing with these guys, playing behind Craw and Longo and watching them do some special things on the infield, and getting to hit in the middle of the lineup with great hitters is fun. Today was everything I could’ve asked for and more.

Tonight Derek Holland faces Jon Gray. First pitch is schedule for 7:40 Todd Helton time however there is a strong threat of snow and rain in the forecast.

Corrections: Please note in yesterday’s post about Willie Mays’s birthday we incorrectly listed May 7th. The greatest ballplayer who ever lived was born on May 6th. The error has been fixed.