Night of the Pitching Dread 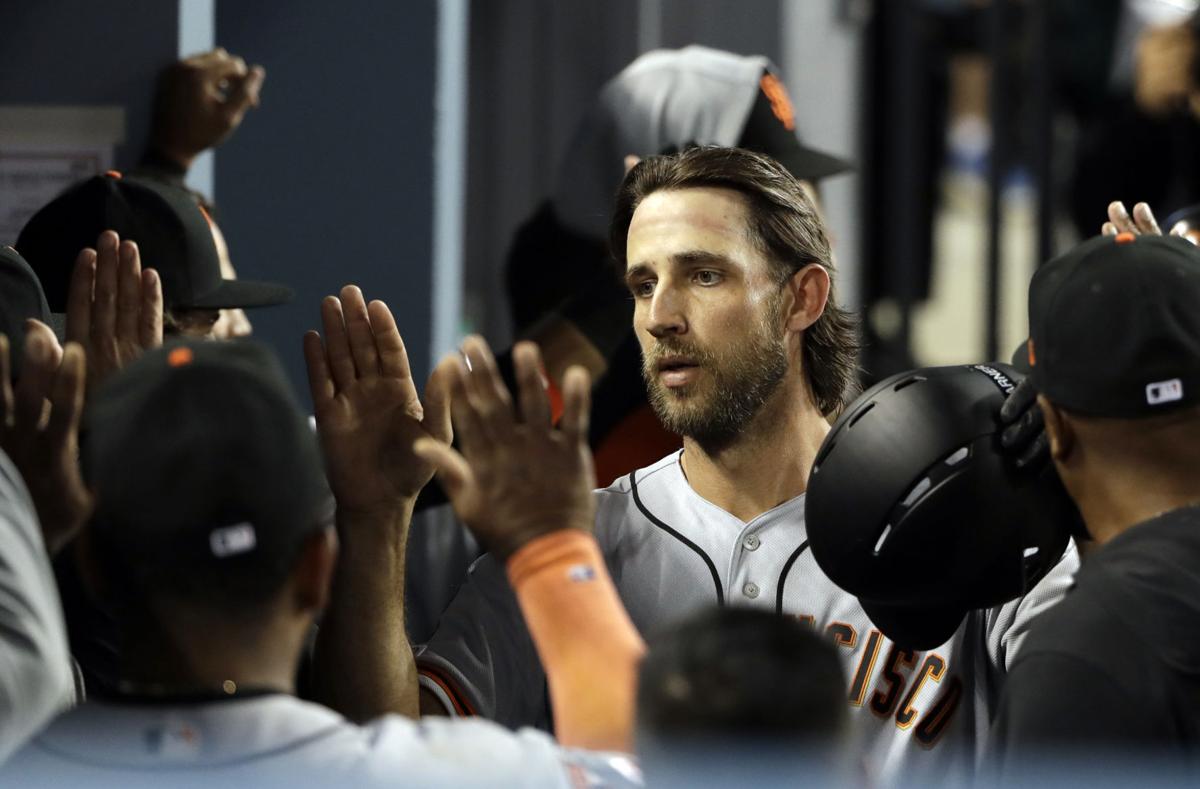 In a nightmarish display of horrific baseball, the Dodgers beat the Giants 6-5. The nightmare inning was the third and the pitching dread came courtesy of Madison Bumgarner. MadBum, our God-like World Series Hero betrayed a little mortality with an uncharacteristic throwing error, a walk to Hyun Jin-Ryu and a two-out grand slam to some cocky Dodger named Cody Bellinger who appeared to be salivating at the thought of getting another breaking pitch. None of the five runs that scored that inning was earned so technically, if you look at the box score below, MadBum pitched six innings and did not allow an earned run. If there ever was a time when a box score did not tell the story of a game this is it. Bumgarner was behind in the count to many hitters on this night. He threw curveballs, sliders, and the occasional change up almost exclusively with nary a fastball in sight. His velocity never exceeded 91 MPH. It appears he was aiming his pitches, willing them into the strike zone.

I have never seen him this “off” before.

Bumgarner did hit a two-run homer to get two of those runs back. Embarrassingly, those two runs represent the most runs scored for the Giants against an opponent’s starting pitcher all season!

The Giants rallied in the ninth scoring three, two of which came home on a Gerardo Parra single. It was, alas, too little too late as the dreadful game ended with the Giants one run short. The questions of the game for me are simple: Is Bumgarner hurt or nursing pain? Did he just wake up with a bad case of I hate LA-itis? What is up with the Giants infield defense? They have given up far too many unearned runs in six games. These lapses have already been the difference in two one-run losses.

Evidently there were murmurings by broadcasters and journalists that cast blame on the big inning on one Connor Joe. Mr. Joe ran in to field a short fly ball and may have been able to double off Ryu from second base to end the inning but a throw was never made, in large part because Brandon Crawford was blocking his path, thanks to his effort to try to catch said fly ball. It’s all so unfair and ridiculous to blame the rookie for that debacle of the inning when the Giants ace threw a ball away, walked the pitcher who wanted to sacrifice AND served up a meatball curve to the Dodger grand slammer.

Kevin Pillar made his Giants debut, striking out as a pinch hitter.

It was in all, a pretty awful game. Move along. Nothing to see here. Shake it off MadBum!

We’ve got a new game tonight.