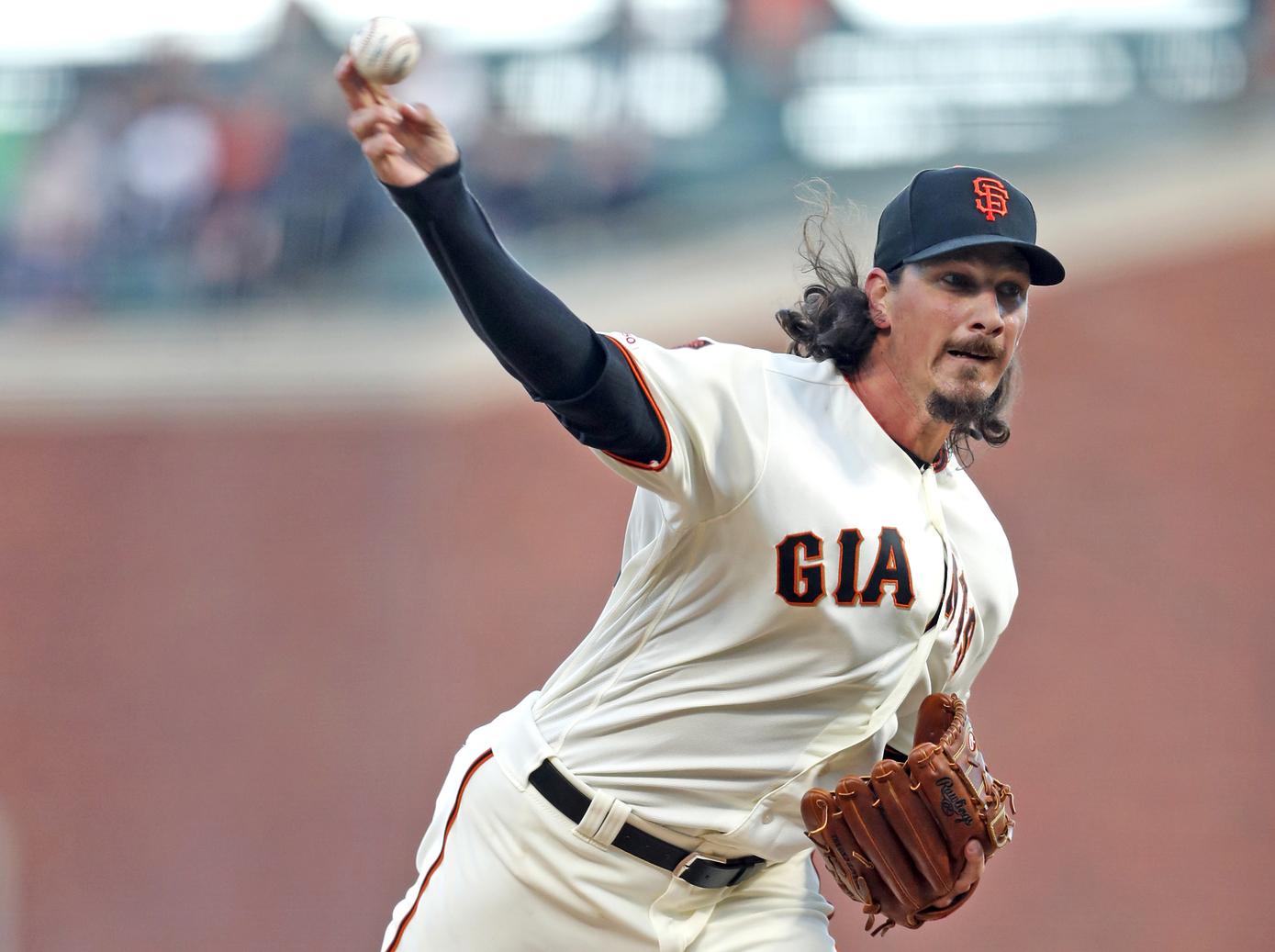 I wish I could say I came up with that title (or, maybe not). It came about courtesy of Crawnik. Kevin Pillar hit a solo homer for the only run of the game and Jeff Samardzia was dominant in his seven innings of work. The Giants right hander struck out 7 and allowed only three hits to the struggling Rockies. The 1-0 victory was particularly impressive considering recent history. The Coloradoites have basically dominated the Giants in the past three years and have made no secret about their love of kicking Giants ass in San Francisco.

The Giants pitching has been as advertised and is leading the Major Leagues in many categories:

Remember all that talk of openers and bucking convention? Well, the Giants lead the NL in innings from their rotation. And Jeff Samardzija did much more than five-and-dive it Thursday night. https://t.co/hXZTN0IWh7

This victory was special.

For this San Francisco squad life begins with Pitching and DEEEFENCE! Joe Panik (remember him) did this:

Mr. Pillar of Strength is now batting the leanest, meanest, .200 you ever saw. Apart from playing a gold-glove caliber center field the new Giant has driven in ten runs in the past four games and has pretty much been the entire offense on this homestand. If the Giants could ever Buster eh.. I mean muster run production from guys like Posey, Longoria and Crawford they may have a chance at being a force in the NL West.

With the win the Giants improved to 5-9.

The Dodgers are hearing footsteps.

In other news, last night was the home opener for San Jose. Mr. Ramos and Mr. Bart did not disappoint.

I went to Visalia to watch the future of the #SFGiants as Joey Bart and Heliot Ramos made their @SJGiants debuts. They didn’t disappoint. The future is bright. Here’s my story https://t.co/gaPnxvN3SV

In tonight’s game at Willie Mays Field, Chad Bettis of the Rockies is up against Drew Pomeranz. First pitch is at 7:15 PM.