Rise of the Panda 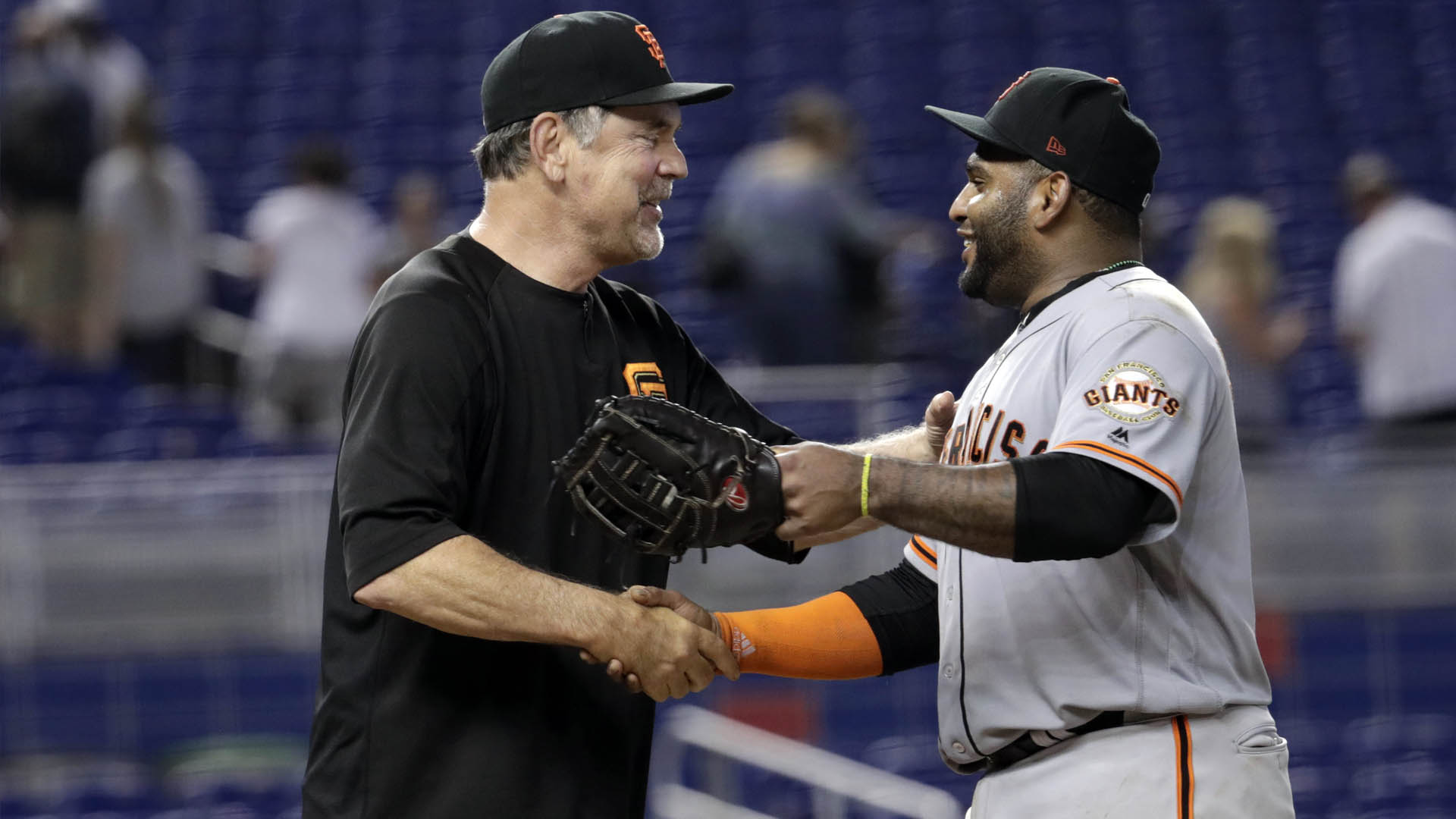 The Giants shutout the Toronto Blue Jays 4-0 yesterday behind another long ball by Pablo Sandoval and six superb innings of scoreless pitching by Drew Pomeranz. Pomeranz was able to ease up on his fastball and command it better, often getting ahead of hitters with his breaking pitches and effectively diminishing their timing with 94 MPH fastballs later in the game and in counts. This was an exceptionally strong pitching performance and one can see the many adjustments made in terms of strategy and tempo Pomeranz made compared to his previous start in Washington D.C.

As for the Panda, well, he not only is the Giants hottest hitter with a .333 batting average. He is leading the league in pinch hits and he hit his second homer in two games. His drive yesterday was a cannon shot in the second deck off an inside corner fastball on the hands. It was a remarkable piece of hitting and a reminder of the stunning hand-eye coordination possessed by the once and future Kung Fu Panda. His at-bats look impressive. Even his outs are loud, missing a two-run single with a line drive right at Urena, the Blue Jays shortstop in the sixth. One wonders if the Panda’s resurgence could mean more playing time in the upcoming Yankees series and if it could even mean he might be trade bait for a team in need of a switch-hitting, utility player, former World Series MVP and cute black and white stuffed animal lookalike…

Pablo smoked another homer today, raising his OPS to 1.027.

Is it time for Bochy to give the Panda more starts? 🐼 (via @PavlovicNBCS)https://t.co/mXW4WZ3zIi pic.twitter.com/ys6HWrvuAc

Buster Posey had an RBI double and Brandon Belt roped a two-out RBI double to get the Giants on the board in the top of the fourth.

Interestingly in this series, Sandoval was the Designated Hitter in both games. Bruce Bochy usually elects to have Buster Posey DH one American League park game per series. In this case, perhaps due to off days sandwiching the two-game series, Posey caught both games.

This was a textbook Giants win with great defense, particularly on a play that saw Gerardo Parra throw out a Blue Jay trying to stretch a single into a double. That hit could have put runners on second and third with one out. Instead, Pomeranz was able to retire the next hitter and get his shutdown inning after the Giants had scored their second run. It was a pivotal play in the game.

Timely hits, who is this team?

The Giants still have not scored in the first inning of a game this season and the numbers are ugly. There is chatter in Giants nation about moving Steven Duggar out of the leadoff spot. Bochy has remained steadfast with his commitment to the speedy Giants outfielder however. In any case, it’s hard to pin the blame on the rookie lefty when the other batters in the first inning refuse to take walks and hit so poorly. It’s like the Giants arrive at the first inning of every game half asleep.

With the Win the Giants are now 11-14 and tied with the Rockies for last place in the division. Respectability seems closer and closer.

Speaking of the Giants skipper, he received a gift recently from the relief corps:

Thanks to my bullpen for this beautiful bottle of wine 🍷 pic.twitter.com/fP8rKO34xW

ESPN just published a lengthy and insightful profile on Farhan Zaidi. It is an entertaining read. I recommend it.