Say It Ain’t So!: Joe Panik DFA’d & the Giants Come Up Empty 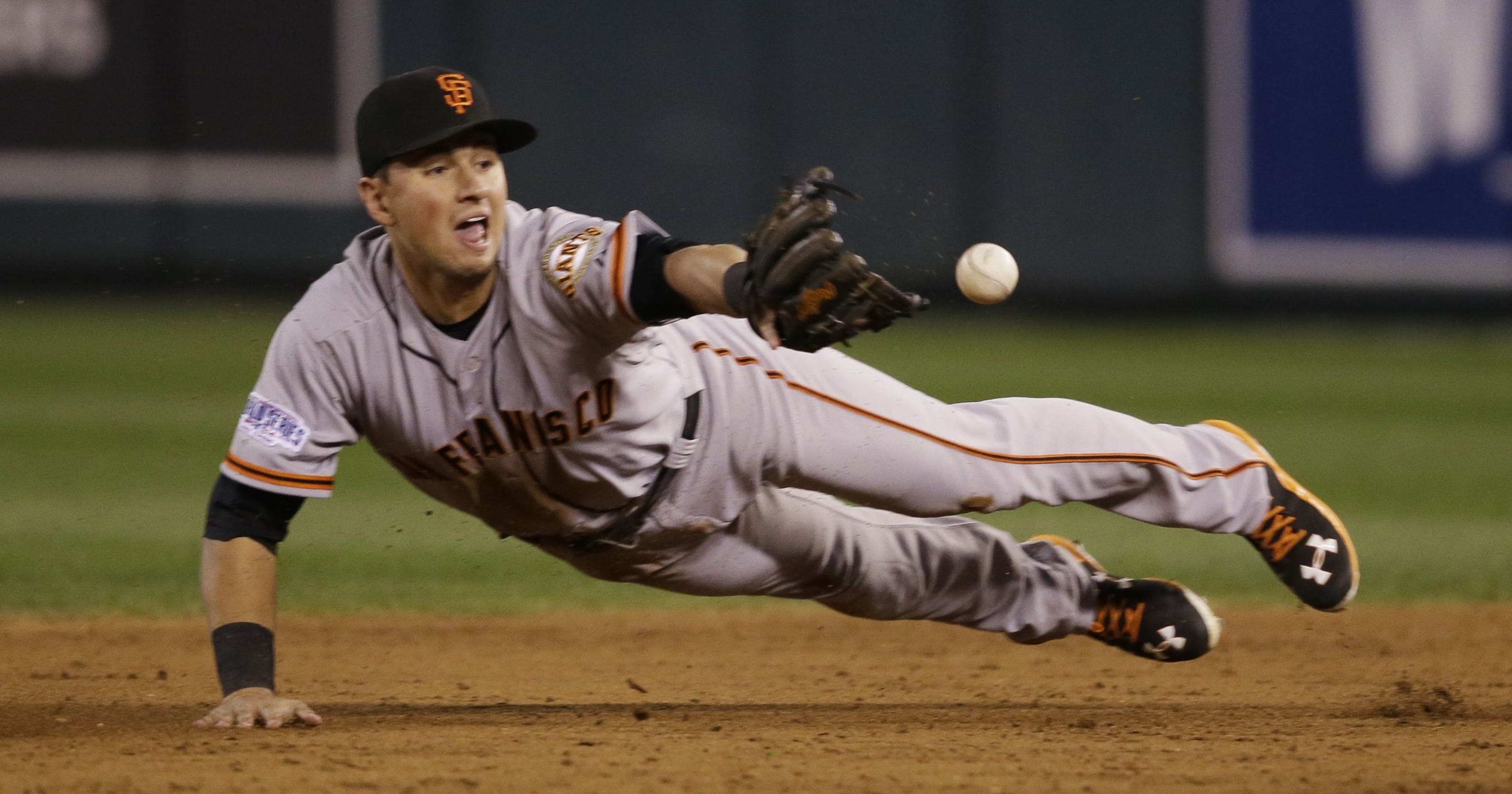 Au Revoir Joe. You were one of my favorite Giants of this glorious era. Without your scintillating play in game 7 there may not have been another ring in 2014. You played with heart, had a knack for the big knock, and always seemed ready for a spectacular defensive play (see above).

I will miss your old-school humility. I will miss your workman-like baseball skills that saw you play with ferocity, heart and hustle. You ran the bases well and were beloved by your teammates. You suffered mightily taking blows to the head in a game I saw where you later hit a three-run home run to win the damn thing in St. Petersburg against the Rays. I stooped up and roared as the lone Giants fan in a sea of empty seats at Tropicana Field thinking to myself the Giants had stability and greatness at second base for years to come.

Sadly it was not to be. I wish you well in your next incarnation in the Big Leagues, except of course, against the Giants.

Who knows how much that pitch to the helmet, by Matt Moore no less, affected the destiny of your career?

Joe Panik was an old-fashioned baseball player whose contribution to the Giants and to baseball was much greater than the sum of his skills or stats. He is a baseball player’s ballplayer.

For that he will always be, at least in my book,

I reached out to Joe Panik for a statement. Here’s what he wanted to express. A classy person, and a privilege to know. pic.twitter.com/JnkwJfiwM9

Last night the Giants laid an egg. The pitching was ugly in spots. The bats were ice cold. It’s a new day today. Let’s win one for Joe!