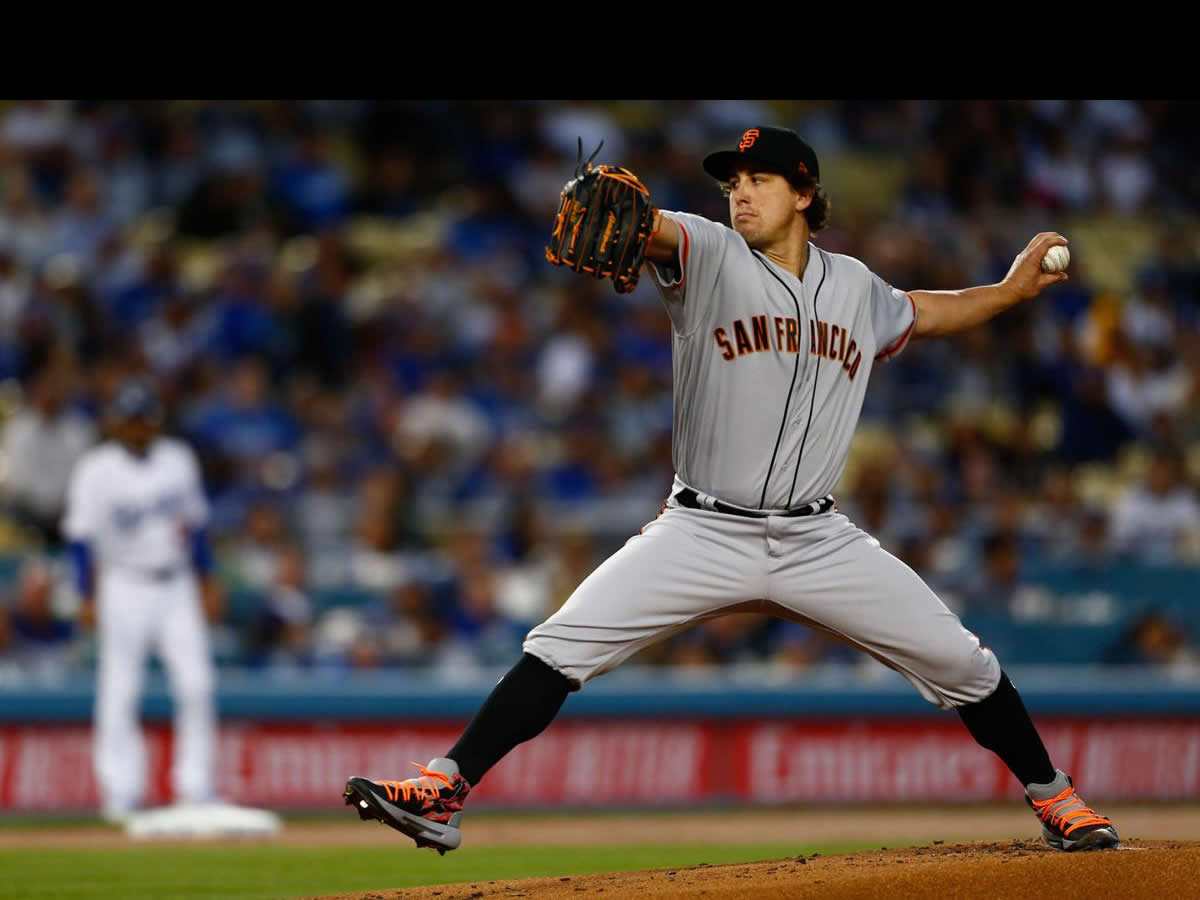 The Bums of Los Angeles beat our beloved San Francisco Giants 5-3 thanks to some rough luck, a leaky bullpen and limited offensive punch. Brandon Bell and Steven Duggar both went yard. Both dingers were things of beauty and the Giants looked for a perfect bullpen to protect a 3-2 lead going into the 7th inning. Unfortunately it was not to be. Reyes Moronta could not follow up Sam Dyson’s shutout inning with one of his own. The Dodgers would score an insurance run and the Giants could not respond.

Kevin Pillar made his starting debut as a Giant playing center field and that move has caused quite a stir in Giants nation for a variety of reasons. Steven Duggar, who was hitherto playing a scintillating center field, was moved to right field. Evidently Pillar said he was not comfortable moving to a corner outfield spot so Dugger, being the rookie and a good sport, volunteered to the position move.

This is a curious decision for many reasons. First, if Duggar is supposed to be the center fielder of the future you don’t move him for a new arrival who is not going to be featured in the Giants long term plans, especially a player who is supposedly a bit slower and not quite the defensive guru he once was. Second, it sends the wrong message concerning Duggar and the organization’s commitment and faith in him when the young slick fielding rookie has exceeded expectations so far in this young season. Third, it inhibits Duggar’s growth as a center fielder and upsets the chemistry in the outfield concerning the defense.

The Giants lost another winnable game, a game that would have given them their first series win of the year against their arch rivals. Watching these three games and you can see the huge disparity in the depth of offensive talent. The Dodgers have what may be the deepest and most powerful line up in the National League and the Giants have to scratch and claw to score runs because they lack a true power threat, particularly with the seeming continued loss of power by Buster Posey.

Derek Holland pitched a very Derek Holland game, allowing 2 runs in five innings and giving his team a chance to win. Interestingly, he batted for himself in the top of the fourth with the bases load and Dodger starter Ross Stripling on the ropes. The Giant lefty would fly out harmlessly to left field and end the threat. Stripling was throwing a variety of very hittable meatballs and was ripe for an ass-kicking. The Giants could not kick the requisite derrieres and this would cost them.

The Dodgers only out-scored the Giants 13-12 in the series but it doesn’t take a post-colonial semiotic theorist to surmise that the Dodgers are LOADED with offensive talent of many kinds. They can run, they can hit and they can hit for power. If the Giants are going to challenger their SO-CAL rivals for a postseason birth and the division crown then they will have to play impeccable defense and get better performances from their starting staff, both of which came up short in this series.