Snowball in the Rockies 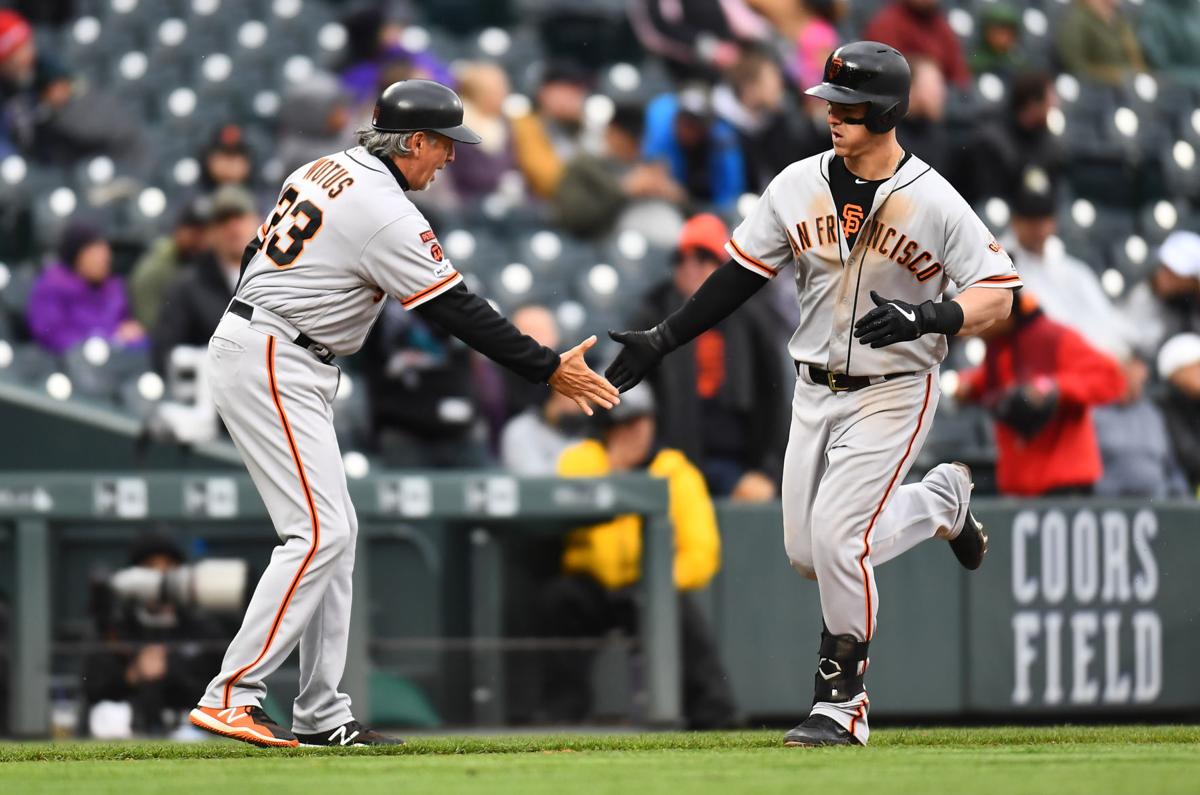 I’ve never seen baseball played in a snowstorm before. This was a first for me. This game probably should not have been played. The immediate thought was the pitchers would have an advantage over the hitters considering the cold and wet conditions. Hitting with a wet bat is no fun. Hitting with a wet bat and freezing (39 degrees) cold is even less fun..

Well, it did not exactly work out that way yesterday at Vinny Castilla Field..

The Giants lost a heartbreaker 12-11 to Colorado thanks in no small part to an exceptionally awful display of pitching by Derek Holland, Tyler Beede and Mark Melancon. The one that was the difference in the game was Sam Dyson’s lone run allowed in the bottom of the 8th. The Giants bullpen basically had no way of stopping the bleeding. In a way, because of the weather, all the players should kinda sorta get a pass…

The Giants trailed seven-zip after two innings of batting practice fastballs by Holland. They battled back to make it 7-5, then to tie the game at 8 only to relinquish that tie in the bottom of the sixth. The Giants would score a run in the eighth and two in the ninth to make things interesting but you’ve all seen this movie before: the team would fall short and lose one of those frustrating woulda, coulda, shoulda games.

The attendance appeared to be approximately 23 people.

Tyler Austin hit two bombs and drove in six runs in a single-handed attempt to win the game.

At the end of the day this was a series split and in two parks where balls fly out like popcorn in a frying pan, the Giants went 3-3. I would not make too much out of the poor starting pitching yet.

By the way, so far this season the Giants have been outscored 37-2 in the first inning. It’s tough to win ballgames when you are constantly falling behind. Something needs to be done too about the starting staff and their approach or preparedness for the first inning. It seems teams are scouting them and learning that they can hit the first pitch fastball. The other issue appears to be the lack of adjustments by starters to pitching in hitters parks. They keep throwing up in the zone and those balls are getting launched. The results are atrocious and the Giants starters should be throwing down in the zone, moving hitters back and changing their whole approach when playing in Denver, Cincinnati and similar parks. They have not done so and they have paid the price.