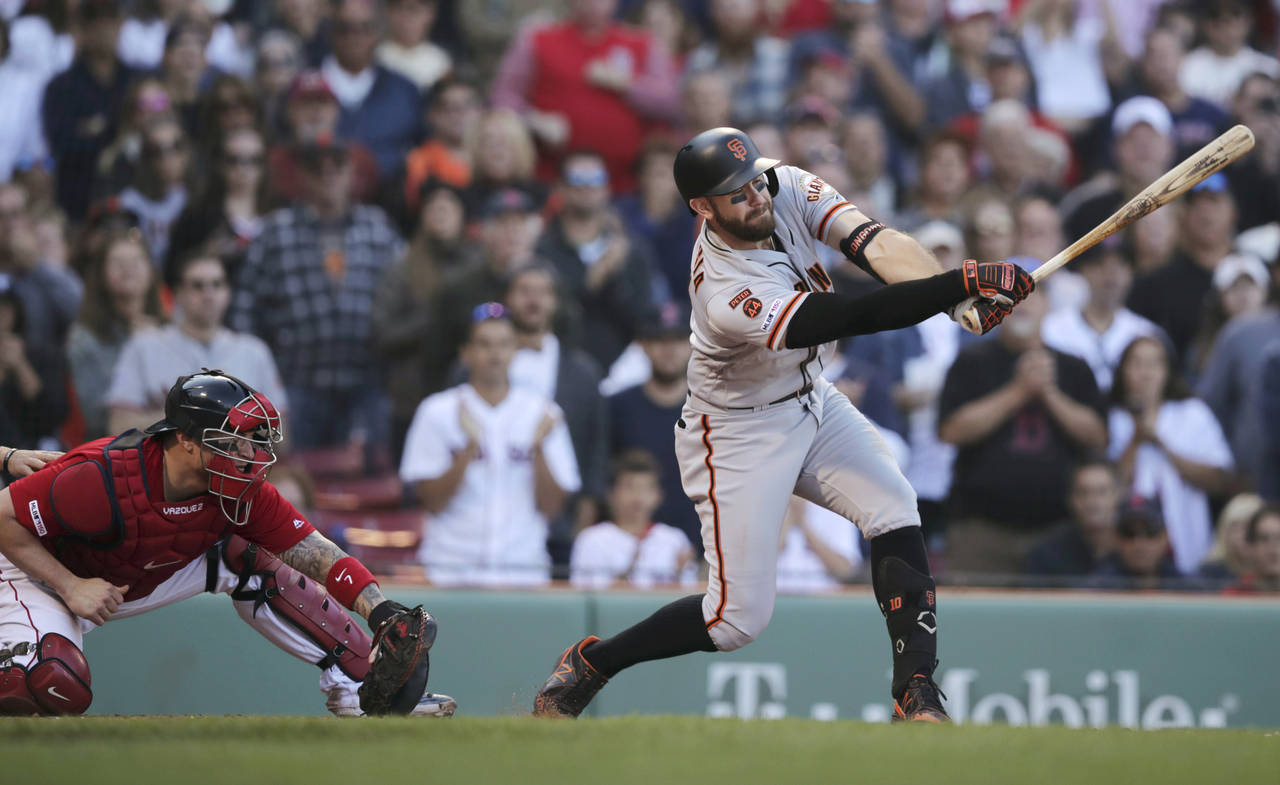 The sweep in beantown eluded the Giants yesterday as they fell 5-4 to the Red Sox. The Giants were trailing 5-1 for most of the game until heroics by Kevin Pillar and an implosion by the Boston Bullpen nearly tied the game for the San Franciscans. The Giants ended the game when Evan Longoria struck out on a 3-2 curveball in the dirt with the bases loaded. It was a bit of a heartbreaker particularly as the sweep was on the line.

Madison Bumgarner’s line was not impressive but his performance was better than that line. He allowed runs on a couple soft hits and a non-catch, non-error in right by Austin Slater.

This was just one of those games when it was not the Giants day.

The Giants did, however, manage to squeeze in a bit of fun:

How much does Bruce Bochy cherish the game of baseball? We finished our pregame session and @KO_Crowley mentioned he hadn’t been inside the Fenway scoreboard yet. “Let’s go,” Bochy said. “You’re coming with me.” And they went. pic.twitter.com/dDmmyX7pMO