The Chicago Manual of Bad Style 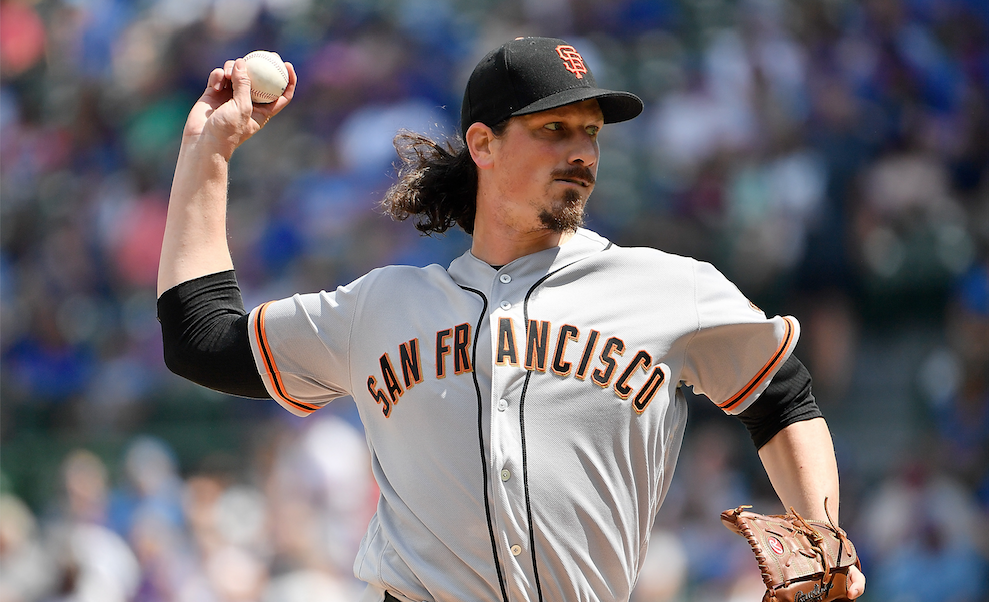 The Giants were swept in their three-game series in Chicago. Their misery in the second city continues, thanks to a dis-spiriting display of disturbing dissonance at the plate. The Giants lost 1-0 in a desultory hitting performance that wasted a sterling outing by Jeff Smardzija. Smarge was absolutely dominant in his seven innings of work that saw him give up one unfairly earned run after Kevin Pillar lost a ball in the sun that was hit by Jason Heyward. Heyward would score on a two-out single by Anthony “Giant Killer” Rizzo.

The Giants had one runner reach third base all day. That was Brandon Crawford who was gifted a triple when Nick Castellanos forgot that outfielders are supposed to catch fly balls, not let them drop at the base of the wall. Unfortunately Crawford would be stranded and our boys from San Francisco never mounted much of any attack all day.

The Cubs had two whole hits on the afternoon. The Giants had four, with one of them coming from Jeff Samardzija’s bat.

Cubs starter Kyle Hendricks threw nothing harder than 88 MPH but made the Giants, from Buster to Yaz, all look like members of a visiting Russian delegation introduced to baseball for the first time and wanting to try on Major League uniforms and take a few cuts in the Chicagoland sun just for kicks.

It was the ultimate goodwill mission by the Giants when it came to keeping Hendricks in command of the game, swinging in vain at change-ups in the dirt and outside while getting caught swinging late at 88 MPH fastballs letter high. Hendricks is that type of pitcher.

Maybe the Giants were just tired from all the runs they scored, and wasted last night.

Major League Baseball, in its finite wisdom, decided to give the Giants the day off tomorrow, a Friday. It is the first scheduled day off on a Friday for San Francisco since the George W. Bush Administration, 2002.