The Pink Panda and the Baby Giraffe (Also in Pink) 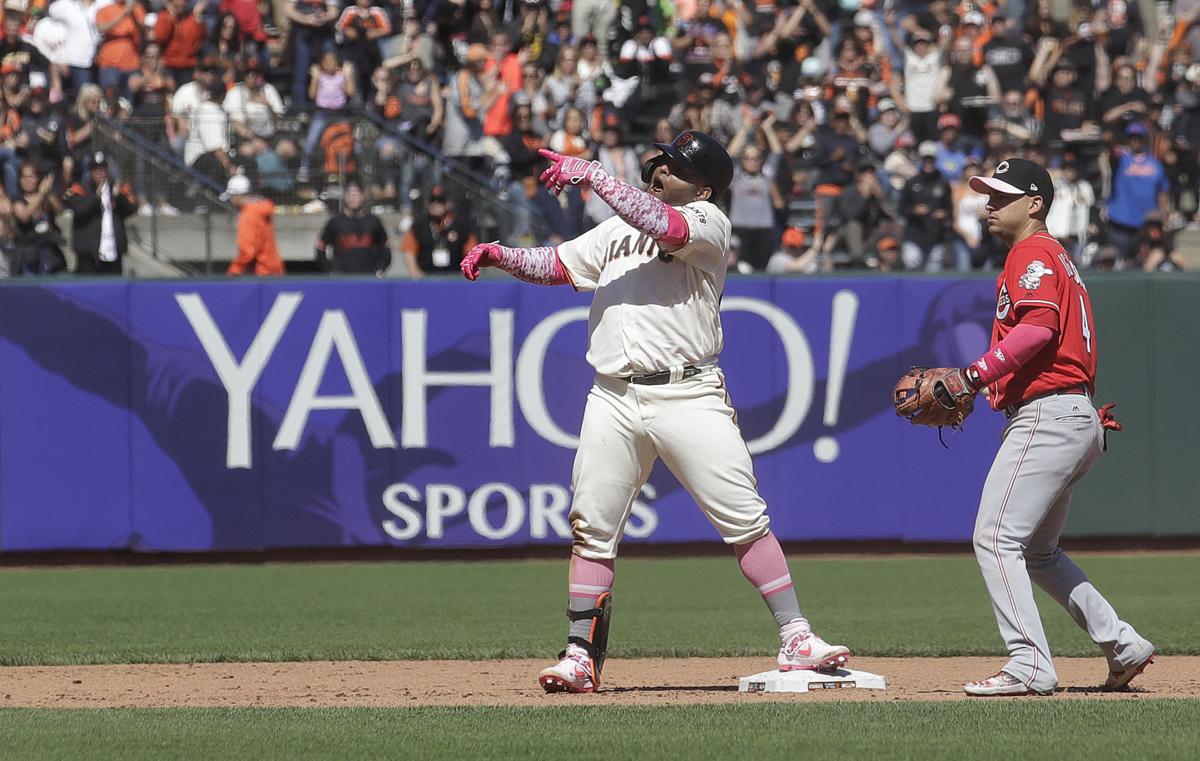 Yesterday’s game had “standard season-ending loss for a team that kinda really sucks” written all over it, until Brandon Belt came to bat as a pinch-hitter in the bottom of the 7th. That was when the Baby Giraffe, adorned in pink Mother’s Day socks hit a two-run high flying homer that tied the game at 4. The Giants would relinquish the lead in the top of the 8th thanks to a bout of wildness by both Reyes Moronta and Tony Watson.

In the bottom of the eighth good things happened. These were the kind of things that happen to winning teams, not teams on the way out of the race for the pennant in the month of May. Mac Williamson drove home the tying run with a fielder’s choice then Kevin Pillar, with two outs in the inning, hit a tie-breaking single to center off a curveball. The Pink Panda, dressed in the Mother’s Day regalia, raced home and scored on a very close play to put the Giants ahead.

Speaking of Pablo Sandoval, the Giants ace reliever and all-around Super Utility Venezuelan Energy Bunny had three hits including an opposite field homer that scored two. The Pink Panda is by far the brightest story line so far this season.

The win salvaged a game in what was mostly a sad series for our boys. Madison Bumgarner pitched six innings allowing 4 runs, 3 earned (don’t ask) and striking out 7. His stuff was mostly good as he allowed eight hits, including a solo homer to his nemesis, Yasiel Puig, on an inside cutter-slutter. MadBum had a thing or two to say about that pitch and the home run:

Bumgarner on Puig’s homer on a fastball in: “He’s a quick study. It only took him seven years to learn how to hit that pitch.”

Bumgarner was not terrible and may have deserved a better fate. Thankfully Belt’s homer saved him from another loss. The Giants ace is still struggling with close calls that go against him however. Evidently there were many scouts at the game and the speculation is rife that Bumgarner is on the trading block. I for one, refuse to believe such blasphemy. My theory is the scouts were there to have a look at Panda’s curveball.