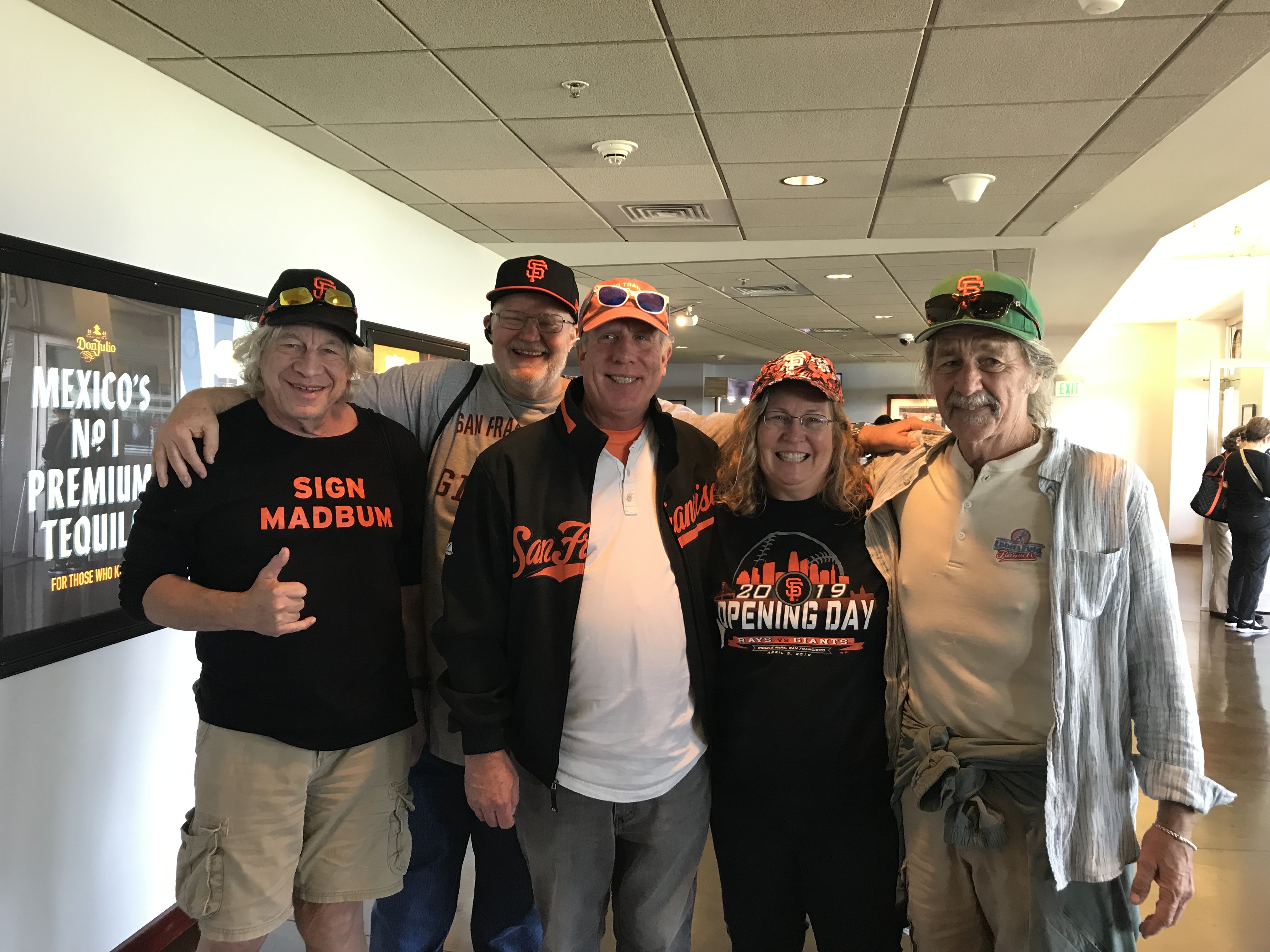 So much going on with the Giants and TWG this week, all good. I’ll be honest that since I started doing weekend posts at the beginning of the 2017 season, there has been many a Saturday when I’ve woken up with dread, thinking “HOW am I going to talk about this mess?”  Not today. I knew this would be fun.

The sfgiants.com headline pretty much says it all: “Panda, bullpen combine for win,” though Jeff Samardzija deserves a nod, and so do a couple of nifty defensive plays (including the guy in the Mays jersey who caught Sandoval’s home run ball bare-handed, while holding his sleeping baby in the other arm–and, as Sandoval noted wide-eyed, the baby “didn’t wake up”). Instant legend!

We’ll just gloss over how the Giants only had five hits and stranded a cajillion runners because THEY STILL WON. The bullpen last night was incredible: five relievers (in order: Moronta, Dyson, Watson, Melancon, Smith) each pitching one inning, and just ONE (1) baserunner among them, a one-out single to Manny Machado in the bottom of the 11th that was erased by a game-ending double play.* (Thanks, New York!)

We were at the River Cats game and didn’t see the Giants game (more on this in a minute), but we caught the postgame show on the radio as we drove home, and the announcers were saying it may have been Melancon’s best outing in a Giants uniform (and he picked up the win, too). The comments from Tony Watson in Baggarly’s gamer suggest not only that this is true but that Melancon deserves some credit for how well the bullpen is performing as a unit.

This was quite a week. Surf Maui and Vail Sunshine were at the whole home stand at Oracle and are now in San Diego for the series. They have seen five extra-inning games (and their trip isn’t over). Totalfan62 and his Mrs. have been in California for a week. TF62 got to see his first-ever games at Oracle on Sunday and Tuesday–two extra-inning games, both won by walk-off homers. Paul in PV flew out from Kansas City for the week and was also at Oracle on Sunday. The photo above is a group picture from Sunday that includes all three Legends in one shot.

Last night 15 of us gathered at Raley Field in West Sacramento to watch the River Cats. Oddly(!), both TWG gatherings featured a start by Conner Menez, the first his major league debut at Oracle last Sunday and the second his next start for the River Cats back in Sacramento.

Conner Menez on the mound for the Sacramento River Cats, July 26, 2019

We had a great time. The illustrious crowd included Mr & Mrs TF62, Paul in PV, HaakAway and his nephew, Sgbssfg and her son, Captain Brewster, Appalled7, Mr & Mrs Crawnik, and Mr & Mrs Sarcastic.

Oh, and unlike the Giants, the River Cats brought plenty of punch, scoring 18 runs off a hapless Tacoma Rainers squad (yeah, the future doesn’t look bright for the Mariners, I’d say). The big boppers were Chris Shaw, who went 4 for 6 with 6 RBIs (two doubles and a homer) and was just killing the ball all night long, even on his (rare) outs, and Mike Gerber, who had three hits (including a homer hit RIGHT after MrLefty yelled “GERBY!” at him) and four RBIs. There was so much scoring that the nine-inning game, which started at the same time as the Giants game, ended just five minutes before the Giants’ eleven-inning game.

Conner Menez, perhaps a little unfocused after his exciting week, was not sharp, lasting only four innings and walking four while striking out six. He allowed all three runs, meaning the River Cats’ bullpen followed with five scoreless innings (sound familiar?). Relievers we saw included Steven Okert (who had the dubious distinction of setting a new record for relief appearances by a River Cats pitcher), rehabbing Nick Vincent, Sam Selman, side-armer Tyler Rogers (who struck out the K-Man, #Forever Giant John Andreoli), and new 40-man addition Jandel Gustave. Fireworks ensued after the game, as well, so it was a great night out at the park unless you were Kelby Tomlinson (now playing for Tacoma), who made a bonehead play in the field and then lost his s**t at the 2B umpire about it.

All of a sudden, the Giants have a farm system

Besides being a great week for the big club and TWG, the midseason rankings of farm systems were published on various sources. Most notably, the Giants jumped from a preseason rank of 28 to 15 on Baseball America!  The MLB.com top-100 and team top-30 lists were also published.  On both MLB.com and BA, the Giants have four top-100 prospects (in order: Joey Bart, Heliot Ramos, Marco Luciano, and Hunter Bishop). Here is the new MLB.com top-30 prospects list for the Giants, and it’s pretty fun and exciting to look at.  As I mentioned in the post last week, the sudden surge of the farm system also takes the pressure off the front office at the trade deadline–they don’t have to “sell, sell, sell” to improve a “barren” farm system. They’re doing their own planting and growing.

The only/final trade deadline for this season comes up on July 31, 1 p.m. Pacific time. That means we have only about 101 more hours to worry about MadBum getting traded. (The photo below is from a Tweet last night. I’m not sure who set up this countdown clock, but it’s brilliant.)

A few days ago, both the beat writers and the national media started shifting the narrative to “Bumgarner stays, but maybe the relievers go.” But after this historic stretch, it’s getting hard to argue for breaking up the bullpen, either.  The Giants have now played six extra-inning games out of their last ten and won all of them, and no team in the live-ball era has ever done that. And what makes that kind of epic achievement possible? You guessed it: the bullpen. Kudos, too, to Bochy and the pitching coaches for seamlessly managing their innings, and to Farhan Zaidi for making strategic swaps from the AAA roster to get fresh arms into the mix.

So…who the heck knows? Are we sellers? Are we holders? Are we…gasp…BUYERS? Fasten your seat belts. It should be an interesting few days.

Me, I just want to wake up Thursday, my birthday and MadBum’s, with Bum still a Giant. If that happens, anything else is icing on my birthday cake.

Shaun Anderson could really, really use a good outing, especially with possible trades coming and D-Rod (six scoreless innings for the River Cats Thursday) and Menez lurking in AAA.

Paul & Surf Maui at Oracle, 7-21-19. Paul’s shirt courtesy of SM. Strangers were asking SM were they could buy one!

Paul in PV and Mr Sarcastic

Happy TWGers in the Solon Club before the River Cats game, 7-26-19