Umm… About That Rebuild Farhan… 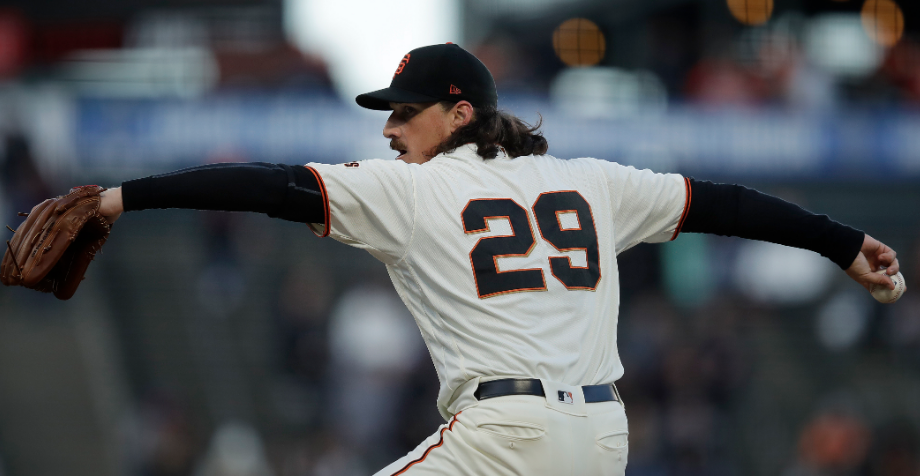 The 1-0 defeat of the Cardinals to close out the first half of the season was vintage Championship Giants baseball. Let’s begin with Jeff Smardzija’s sensational game. The once and former Notre Dame wide receiver went 7 strong innings allowing ZERO runs (with a Giant tip ‘o the cap to Kevin Pillar), 2 strikeouts and no walks. It was the classic Smardzija as finesse pitcher game that saw him throw an array of killer change-ups that paralyzed hitters like Dexter Fowler.

Kevin PIllar’s diving grab in Triples Alley saved a run in the top of the sixth. Dexter Fowler, the next batter, hit a ball about as far as humanly possible without going yard, also in Triples Alley. Again, Kevin PIllar made the catch. Jack Flaherty was no-hitting the Giants through six until Evan Longoria hit a towering home run deep into the left field bleachers. Statcast claims it went 398 feet. It looked more like 420 to me. For Giants fans, that ball went a long way to restoring our impossible dream of contention in 2019. That run would hold up as Sam Dyson and Will Smith pitched scoreless innings in the 8th and 9th respectively.

The game lasted a crisp 2 hours and 15 minutes. This was an old-fashioned pitcher’s duel that saw both starting hurlers pitch very efficiently, ahead of the count and take the ball and throw the ball. It was fun to watch and it was full of tension and suspense. If Major League Baseball wants to improve pace of play and minimize the length of games they should hire Samardzija and Flaherty as consultants. Both pitchers basically put on the old fashioned pitching clinic.

While nobody can count on two sterling starting pitching performances like this every game, the attitude of aggressive, proactive pitching, pitching ahead in the count and pitching to contact meant hitters were mostly on the defensive and the pitchers had the initiative today. When pitchers hem and haw, stall and try to freeze batters they desecrate the flow of a game and their own team’s momentum in the process.

I don’t believe you can effectively legislate this issue with pitch clocks and automatic balls, delay of game calls or any other rule changes. I think what needs to change for the game to thrive is that batters have to stop adjusting their jockey straps on every pitch. Pitchers must pitch to win, not to not lose. Infielders and outfielders play better when there is a sense of pace and urgency to a game. The fans don’t want to miss a single pitch. It makes for great intrigue and a more manageable time commitment in an era of eroding attention spans and reflexive glances at electronic devices.

With the win the Giants are now 41-48, 17.5 games behind the Dodgers but still in the Wild Card hunt. Most importantly perhaps, this victory gave the Giants a much-needed series win at home and kept the momentum a winning one for the All Star Break.

The futures game is tonight and two future Giants will be playing in it:

Giants fans will get a glimpse of the future Sunday night in Cleveland when Joey Bart and Heliot Ramos play in the MLB Futures Game. (via @PavlovicNBCS)https://t.co/bUWP4TP460 pic.twitter.com/Iz5qwRIQPE

Congratulations to the United States Women’s Soccer team for their World Cup Win!